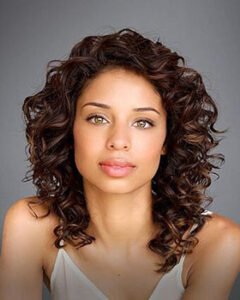 Elena came to Genoa City in 2019. She had been a medical resident, but she took a leave of absence to care for her uncle, Jett Slade. Jett also happened to be Ana’s father. Jett, who was once a major R&B artist,  had his career sidelined because of nodules on his vocal cords. Ana learned that he was her father, as an adult, and she’d put him and her cousin, Elena up in a motel room while she worked to earn enough money for Jett’s medical treatment. Devon followed his sister, Ana to the motel one day and knocked on the door. Elena answered, and that was viewers’ introduction to the character. Devon asked Elena and Jett to join him and Ana in his penthouse. Elena and Jett were uncomfortable with accepting charity, but they ultimately accepted.

Shortly afterward, Devon, who was already dealing with the loss of his wife, Hilary and their unborn child, lost his father, Neil. Elena was there for Devon and helped him through his grief. She also knew what it was like to lose a parent. Her mother, Monica, was an epileptic, and Elena took care of her. Elena was working erratic hours during her residency, and while she was at the hospital, her mom hit her head, had a seizure, and died. Elena blamed herself. She confided in Devon that she never knew her father. In addition to Devon and Ana, Elena also befriended Nate. He convinced her to apply for residency at the local hospital, and she got the job. Devon and Elena were drawn to each other, and they became a couple, though there were setbacks, because it was not easy for Devon to let go of what he’d lost.

Elena was not always sure Devon was ready to move on, but he assured her that he was, and as a way to prove it, he packed away Hilary’s possessions. Devon surprised Elena by paying off her student loans, but instead of being pleased, she was upset that he did this behind her back. They talked through it, and he understood that he’d overstepped. At Elena’s suggestion, Devon opened a free health care clinic in a working class neighborhood, and she and Nate work there, when they aren’t at the hospital. 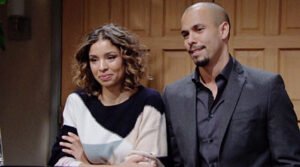