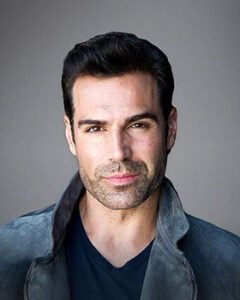 Rey Rosales was sent to Genoa City in 2018 to investigate the disappearance of JT Hellstrom. He is the oldest of three. After his father left the family, Rey stepped into a paternal role and took care of Arturo and Lola. Arturo resented what he felt were his older brother’s attempts to control him. The brothers became estranged after Arturo slept with Rey’s wife, Mia, before the Rosales’s arrival in Genoa City. The situation was complicated by the fact that Arturo and Mia were in dating before she married Rey. Lola, the youngest, tried to mediate between her brothers. Rey correctly suspected Sharon knew something about what happened to JT, so he found ways to insert himself into her life, and he recommended that she take a job at the police station. Sharon took the job, so that she could keep an eye on the JT investigation. Becoming coworkers brought Sharon and Rey closer together. Romance seemed on the horizon for them, but when Mia arrived, wanting to reconcile, Rey gave his marriage another chance.

A snowstorm stranded Rey with Sharon, and Arturo with Mia. While Rey and Sharon didn’t cross any lines, Mia strayed with Arturo for the second time, and this time, she got pregnant.  At first, Rey was furious, but he eventually moved past it. Arturo and Mia moved away to have their baby, and Rey ended up with Sharon. Rey was able to be happy for Arturo and Mia when their son, Mateo was born. Rey is a strong believer in the law, but after he found out that he’d helped get Sharon, Victoria, and Nikki for a crime they didn’t commit, he assisted in helping them escape from the prison van. It cost him his job, but he was eventually rehired at the GCPD. He is very protective of the people he loves, like Sharon, Lola and his mother, Celeste. He also holds grudges against people he feels have wronged him or people he cares about. 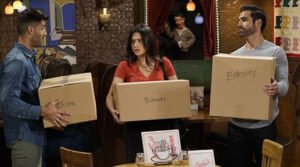