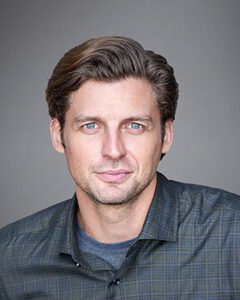 Phillip Chancellor IV, or Chance, for short, is the son of Nina Webster and Phillip Chancellor IV. He also has an older maternal half brother who was kidnapped by a baby broker as a newborn. An Iraq war vet, former police officer and federal agent, he’s been described as an adrenaline junkie. He’s also sometimes called a boy scout, because he’s generally known for being an upstanding person, but sometimes the nickname is used derisively, by morally gray characters. Chance grew up believing his father died in a car accident, and he thought of his one time stepfather, Ryan McNeil as a father. As an adult, Chance learned that Phillip III faked his death and started over in Australia. Phillip returned when Chance was an adult, and in time, they bonded. While Chance was a police officer, he was assigned a new partner – Ronan Malloy, and they were tasked with investigating a drug ring.

Chance began to suspect that Ronan was a dirty cop and began to investigate him. Chance did not realize that Ronan was working undercover with the justice department and that the leader of the drug ring was the district attorney. Ronan also happened to be Chance’s brother, the baby kidnapped decades ago, all grown up. To protect Chance, Ronan secretly told him everything, then they faked Chance’s death. They told Nina and Philip the truth and swore them to secrecy, then Chance left for witness protection, and Ronan went with him.

Eventually, Ronan returned, but he was sick and in need of a liver transplant. Chance left witness protection to donate part of his liver to his brother. He dated Heather for awhile, then after they broke up, he reenlisted in the Army and left town. Chance spent time living in Las Vegas, while undercover. He met Adam, who was suffering from amnesia and going by Spider. Chance recognized Adam, but he didn’t interfere with the new life Adam had made by exposing his real identity.  They became friends, and Adam killed a man who was about to kill Chance. They hid the body in the desert. Victor later found Adam and brought him back to Genoa City.

Some time later, Chance turned up and arrested Simon Black, a criminal who’d taken Adam, Chelsea, Abby and Connor hostage. Abby and Phyllis assisted Chance in taking Simon down. Chance decided to settle in Genoa City, and he left his job as a federal agent. He opened his own security firm, and as of 2020, he’s dating Abby. 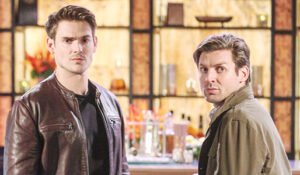