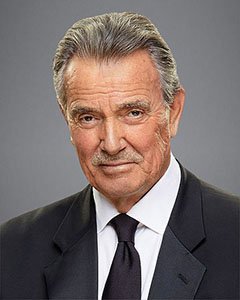 Victor, is the son of Cora and Albert Miller. His parents, an impoverished couple in Buffalo New York, named him Christian Miller. After his father abandoned the family, Cora couldn’t afford to take care of her two sons, she took the oldest, seven year old Christian, to an orphanage. Though she promised to return for him, she never did. Christian ran away from the orphanage as a teenager and changed his name to Victor Newman, a name stating his intent to become a victorious new man. He started out selling soap out of the trunk of his car, and he eventually built a skill set to land a job running Chancellor Industries. He later started his own company, Newman Enterprises and turned it into a billion dollar conglomerate. In addition to being a wealthy and powerful businessman known world-wide for his shrewd skills, he’s also a husband and father. He and Nikki have been together off and on since the 1980s, and though they’ve hurt each other deeply and sworn that they’d never forgive each other, their love has proven to be unbreakable, and they continue to come back together. Victor did see his parents again. He and Cora made peace before her death. Albert became a wealthy man, though nowhere near as well-off as Victor. When Albert met his son again, he had no idea what a success he’d become. Albert rejected Victor, and, he offered to pay Victor to leave him alone. Hurt and furious, Victor revealed who he was and made it clear that he didn’t need Albert or his money.

Victor loves his family, but he’s never fully gotten over the abandonment he experienced as a child. He has sometimes crossed lines in order to do what he feels is best to protect his loved ones and keep them close. Victor is demanding, both in business and in his personal life. He has been known to pit his children against each other in an effort to push them to excel or to toe the line. When his family disappoints him, his reactions can be harsh. Victor once had Victoria arrested in an attempt to stop her wedding to Billy. When Nick and Sharon made plans to relocate to California and take Faith and Christian with them, Victor started a legal battle over custody of Christian (Adam’s biological son, who was being raised as Nick’s child). Victor also teamed up with Chloe to frame Adam for murder. It’s difficult for Victor to admit it when he’s wrong, but he usually eventually does. While being Victor’s relative means being held to a high standard, it also comes with perks. He gave Victoria, Nick and Abby every advantage in life that he did not have. Hope wanted her son, Victor Jr., AKA Adam, to have a simple peaceful life. Victor reluctantly allowed her to raise their son in Kansas, and he reached adulthood without knowing his mother’s “friend” Victor was his father. Hope told Adam the truth on her deathbed. Adam felt cheated and lied to, and he spent a lot of time punishing Victor for abandoning him and lashing out at his siblings because they had the childhood that he missed out on. Victor has said that if he could do it all over again, he’d raise Adam.

Victor has been embroiled in a bitter feud with Jack Abbott for decades. Jack once left Victor to die after he suffered a medical event, and Victor once kidnapped Jack and replaced him with a lookalike. Now that Jack and Victor have become seniors, they’ve found common ground, and while they are not friends, they have developed a grudging respect for each other. 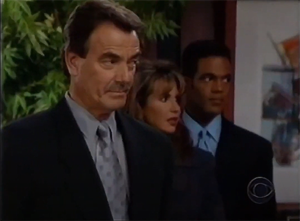