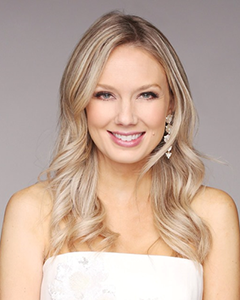 When Abby’s mother, Ashley Abbott, returned home pregnant after a lengthy vacation, she told everyone she’d gotten pregnant via sperm donation. Brad Carlton married Ashley and claimed the child as his own. Years later, Ashley was diagnosed with breast cancer. Fearing the worst, she made a video for young Abby revealing Abby’s true paternity — Victor Newman. In spite of the fact that Ashley survived the bout with cancer, Abby saw the video. For years, she considered both Brad and Victor her fathers.

Brad died saving Noah Newman from drowning in the lake near the Abbott cabin. Not long after that, Abby’s half-sister, Colleen, drowned in the very same lake. Since then, she has embraced the Newmans and the Newman name.

Abby sued Victor for enough money to start her own reality show, but when Victoria got involved, Abby lost control of the situation. The lawsuit that Abby, Victoria, and Nick finally won awarded them each half a billion dollars.

Abby disapproved of Ashley’s marriage to Tucker McCall. She staged a meeting between Tucker and Diane Jenkins, hoping her mother would catch the two having an affair. Instead, Abby lost control of her car and ran Tucker down, leaving him in a coma. Ashley tried to take the blame for it, but Tucker knew the truth. He never pressed charges.

Abby became a reporter for Restless Style when her uncle, Billy, was offered the chance to make his magazine of the same name into a gossip television show.

*Colleen and Abby shared a father, Brad and their mothers, Ashley and Traci are sisters, so they were siblings and cousins.

**Katie and Johnny are Abby’s niece and nephew through Victoria and cousins through Billy. 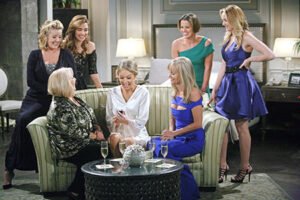