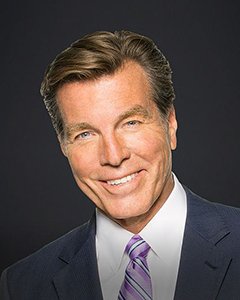 John Abbott Jr, AKA – Jack is a former playboy who slept with many of the models from Jabot, and after sleeping with him, the women would ask him to make them the lead model. Diane Jenkins tried this but ended up falling head over heels for him. However, Jack decided to marry Patti Williams (Paul’s sister) to show his father that he had grown up. He still saw Diane and even slept with her on the day of his wedding to Patti; Jill set it up so that a pregnant Patti would find Jack and Diane together. This caused her to miscarry. After making plans to move out of the house and have another baby, Patti overheard Jack making plans to have a vasectomy.  Patti was so enraged she shot Jack three times, causing him to become paralyzed. He eventually recovered.

Jack and Victor Newman are long time bitter rivals. Jack married Nikki, Victor’s ex and true love. They had a son together, but he was born prematurely and died.

Jack found out that a woman he had loved while he was serving in Vietnam had had his child, whom she named Keemo. Luan and Jack were married, but she died from a terminal illness.

Diane returned to town and she and Jack were engaged, but Victor stole her away and they were married. In order to keep Victor, Diane stole sperm she thought was Victor’s to enable her to have a child. However, it turned out to be Jack’s sperm so they now have a child, Kyle.

Jack began courting Phyllis Summers to spy on Newman, but he fell in love with her and they were married. He stood by her when she went to trial for arson and trying to kill Diane. She was acquitted after evidence was found that Diane had set the fire to frame Phyllis. Jack and Phyllis used this to gain custody of his son, Kyle. 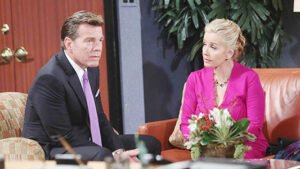