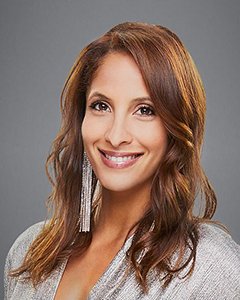 Played By Christel Adnana Khalil
Written By Darlene
on April 21, 2013

When Drucilla Winters gave birth to Lily, she let her husband, Neil, believe he was the father.  Neil’s brother, Malcolm Winters took advantage of Drucilla while she was under the influence.  She thought she was making love to Neil.  She became pregnant and Neil never questioned whether or not he was Lily’s father.  Malcolm and Drucilla decided to keep her true paternity a secret.  The marriage fell apart anyway and Drucilla took her young daughter to Paris.

Several years later, Drucilla sent Lily back to Genoa City, where Neil had become an alcoholic.  At first, Lily hated Genoa City until she met a kindred spirit, Colleen Carlton.  The two girls became very close and Neil cleaned up his act, so Lily adjusted to life in America.

As a teen, Lily tried online dating and met Kevin Fisher.  Kevin was a possessive boyfriend and treated Lily badly.  When Colleen tried to warn Lily, Kevin started a fire at Gina’s restaurant intending to kill Colleen, who was inside.  Kevin was Lily’s first lover and she contracted Chlamydia.

Lily caught the eye of local bartender, Cane Ashby.  Neil liked Cane as an employee, but he didn’t approve of a relationship between his little girl and a much older man.  Lily and Cane fought their attraction for each other for awhile but they ultimately gave in.

Lily and Cane broke up briefly because it was thought that he was the father of Chloe Mitchell’s baby, Cordelia.  Billy came forward as the father and Chloe admitted that she and Cane had never actually had sex, she had drugged him and told him they had sex.  Lily and Cane reconciled and they were married.

Cane had done some lying of his own.  He had everyone believing he was the real Chancellor heir, Phillip Chancellor, III.  The real Phillip showed up and the whole truth was uncovered.  Lily forgave Cane for this lie.  He continued to lie throughout their marriage and she continued to forgive him, even after he allowed her to believe he was killed and he was haunting her.

Lily won a war against cancer, but was unable to conceive.  Mackenzie Browning, granddaughter of Katherine Chancellor, agreed to be a surrogate.  She gave birth to twins Matilda (Matty) and Charlie.

Even though Lily has given him no reason to doubt her loyalty to him, Cane is jealous and possessive.  He insists Lily is too kind-hearted to see peoples’ true intentions.

Lily is, in fact, a very loyal wife and friend.  She loves her children very much as well as her job and she does a good job of juggling the two.  While she does tend to see only the good in people, she is a smart and savvy woman who can have it all in spite of all the tragedy she’s endured. 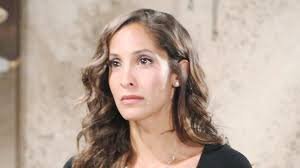