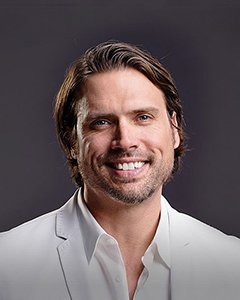 Nicholas Newman
Played By Josh Morrow
Written By Darlene
on May 22, 2013

Nicholas “Nick” Newman spent most of his life trying to make his father, business mogul Victor Newman, proud; but it always seemed that Victor held the bar higher for his son than his daughters, Victoria and Abby.  Nick realized that he would never make Victor proud and he no longer cared.  He ventured out on his own and discovered his own passion, which had nothing to do with business.  Nick is the owner of Genoa City’s newest nightclub, “The Underground.”

Nick is not only flaky in his professional life but also in matters of the heart.  He married his first love, Sharon, but strayed more than once.  When he found himself expecting a child with his mistress, Phyllis Summers, he divorced Sharon and married Phyllis.  He cheated on Phyllis with Sharon, and they divorced.  He planned to marry Sharon again, but she chose his brother, Adam.  Nick went back to Phyllis but decided he didn’t want to play her games, so he left her and hooked up with her sister, Avery.  It seems Nick may not have inherited his father’s head for business but they both have wandering hearts.

Nick would do anything to protect his family.  In spite of all the hearts he breaks, he feels the need to protect the women in his life, not the least of which is Summer, the child he conceived out of wedlock with Phyllis.  Summer, who became a beautiful young woman, is prone to mischief and makes foolish decisions in spite of warnings from family and friends.  This could be because Nick refuses to let her grow up.

Though Nick can be callous and hypocritical at times, he has a way of making people love him and forget all the horrible things he’s done.  After all, compared to his brother, Adam, in many ways Nick is a saint.

*Christian is the biological son of Adam Newman. He is the legal son of Nick Newman 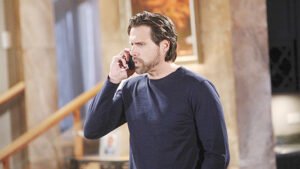