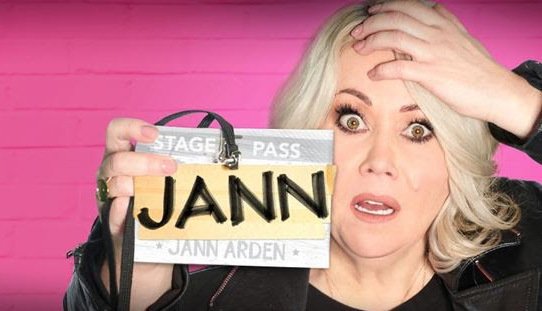 This was fun! I haven’t done many Zoom interviews before. Jann is very professional and yet very charming and endearing.

Here is the video of our call!

Jann: Good. How are you doing? Oh, that’s a nice background.

Suzanne: Thank you. I didn’t know if I had it on or not –

Jann: Yeah, you and me both.

Suzanne: Are you up in Canada?

Jann: I am. I’m in southern Alberta, just outside of Calgary.

Suzanne: So, it’s a bit cold and snowy up there?

Suzanne: Wow. Yeah, I can’t complain then. I’m sick of the cold, but we only get in the thirties and forties.

Jann: Where are you?

Suzanne: Not as pretty as the palm trees, but it’s pretty.

Suzanne: I actually lived in Hawaii for three years.

Suzanne: So, what gave you the idea to make a TV series based on your life?

Jann: Well, it’s very loosely based on my life. Yes, I’m a singer-songwriter, and the person in this show is a singer-songwriter, but that’s where the similarities completely end. It’s completely fictitious. My mother passed away years ago, and I actually have a mother in this show. I don’t have any sisters, but I have a sister in the show. I have a lot more dates; TV Jann has a lot more dates than I do. I’m just living alone here in the trees with my dog, but the TV version of me is out there dating and having fun, so that’s very exciting. I just got presented with an opportunity four or five years ago and worked with a friend of mine, Leah Gauthier, and we just sat at my kitchen table. We’re like, “Okay, what can we do here?” And we just spent a weekend laughing our butts off and kind of coming up with this concept of a woman trying to find relevance and sorting out of relationships and trying to see if she can get her career going and has a mother that has dementia, and we’ve just been really, really lucky to get the show made.

Suzanne: What did you have to do to learn how to write for TV, because you are a songwriter?

Jann: I can honestly say, I don’t do the actual writing for the show. I’m involved in all the storyboards. So, we get together here in my home, and I’m with the writers. We have five writers on the show, and everybody sleeps here. I stick them in bedrooms; I stick them on floor mattresses, and we do all the storyboards. So, I’m very happy to say that I’ve been involved in all of that, then those guys go away, and they do something called scripts. I don’t know how the hell they do it. So, thank God I’m not.

Suzanne: Were you familiar with the other actors before they auditioned for your show?

Jann: There are a few of them that I was familiar with. Zoie Palmer, who plays my sister, I’ve long admired her.

Jann: She was one of the stars of of Lost Girl; she was in Dark Matter. I happened to see her when I was working out one day in a movie called Sex After Kids. It was an indie film, and she was hilarious. I just got it in my mind. I’m like, “I want Zoie Palmer to play my sister.” I think she’s the perfect foil for me. She’s straight laced, and she’s uptight, and she just wants to do stuff right, and I just drive her crazy. And it’s really fun working with Zoie. Her husband, Dave, is a gentleman named Patrick Gilmore. I’ve known him for years. He’s in a show called Travelers. He’s done a lot of stuff. You might recognize him from other things.

Suzanne:
Yeah, the name is familiar.

Jann: Elena Juatco, who plays Cale, she was new to me. I didn’t know her until I saw the audition tape and was able to meet her in person, but the whole cast, I think everyone really steps into their characters, and they’re all so funny in their own right.

Suzanne: I see that two seasons aired in Canada. Will there be a season three, or do you know yet?

Jann: We’re just doing season three right now. So, I had my first COVID test yesterday, and I do all my wardrobe fitting on Wednesday. So, yeah, we’re full steam ahead. It’s all written. We’re ready to go, and it’s pretty damn great to have another opportunity to do this.

Suzanne: If it were up to you, how many seasons do you think you would like it to go?

Jann: Why not? Letterkenny’s on its tenth season.

Suzanne: Oh, wow. How did it come about, that Hulu picked it up?

Jann: You know, I don’t know a lot about the business side of that. My producers, Andrew Barnsley and Ben Murray, are the two fellows that own a production company called Project 10. Andrew was one of the producers on Schitt’s Creek. So, I think Andrew had a relationship with some of these people and has been working really this past twelve months with Hulu to figure out when would be a good time to release it, and if it would be a good fit, but we’re very thrilled to be with Hulu. They’ve been amazing partners and have just been nothing but supportive and kind for us.

Suzanne: Yeah, I really love how all these services, and even now, some of the broadcast networks, keep bringing in Canadian and other shows outside the US. I love that. It’s great to see others.

Jann: I think it’s good for all of us. I mean, we love seeing all your shows, too.

Suzanne: Of all your songs, do you have a favorite?

Jann: I do, and it’s a song called “Good Mother.” I wrote it about my mom years and years ago, but it was the single in the States. This would have been in the ‘90s, so it was a long time ago, but I get so many letters and so many direct messages about that song. It’s one of my long personal favorites. I mean, I love “Insensitive” as well, but a song called “Good Mother” is right up there.

Suzanne: I’ll have to listen to that. When I was listening to some of your songs on YouTube – I’m a few years older than you, and so I stopped listening to music mostly in the ‘80s more or less.

Suzanne: But now I know. Which singers or groups inspired you most musically?

Jann: Oh my gosh, I had so many favorites growing up. I loved, loved, loved Shirley Bassey. You might not know who she is.

Jann: “Diamonds Are Forever (sung)” – loved her. I love Tears for Fears. I love Janice Ian and Olivia Newton-John and Carly Simon and Barbra Streisand, Bette Midler, James Taylor. I was really a singer-songwriter kid growing up. Then I started to like Kiss, because my older brother loved Kiss. So, I decided I liked Kiss, and then I started listening to his Nazareth record. And Boston – “More Than a Feeling (sung).” Bread, with David Gates; I listened to a lot of Bread. I mean, so much music. I don’t know if you remember the Columbia Record Club?

Jann: Way back when – “For one cent, you can buy ten LP records,” and when you’re a kid, you’re begging your parents. “Please, it’s only one cent for ten records.” Well, then they ding you. Every month they send, you know, Herb Alpert & the Tijuana Brass, for God’s sakes, but that costs you $27.

Suzanne: Yeah, I was in that in high school, the Columbia Record Club.

Jann: Yeah, and it’s impossible to get out of! Anyway, I just listened to so much music, but yeah, there was a just a whack of girl singer/songwriters that I just adored so much. Natalie Cole, I just love Natalie Cole. And then of course, late ‘80s it started changing to, you know, Nirvana and Sinead O’Connor. I mean, I even loved Enya.

Suzanne: I like Enya. So, last question. Are you working on more songs for a future album?

Jann: I am. I’m right in the middle of just finishing up a record now. I actually just need to mix it. That’ll be my fifteenth record with Universal Records.

Our Review of “Jann”

In Jann, Jann Arden plays a fictionalized, self-deprecating version of herself: a singer songwriter of a “certain age” in severe denial of the harsh reality that her former music career is slowly (okay, rapidly) fading away. But it’s not just Jann’s career that’s on life support – she’s newly single (don’t remind her), her sister may disown her, and her mother may be showing early signs of memory loss. Jann‘s personal life is in shambles and she’s convinced that the cure-all is to enlist a new manager to help rebrand her image. Filled with plenty of LOL moments, she embarks on a quest to return to greatness and go viral, but instead gets tangled in the pressures of her ‘real’ life. Jann is at the crossroads between who she was and who she wants to be. Can Jann stage a comeback, reclaim fame…and be there for the people who love her? 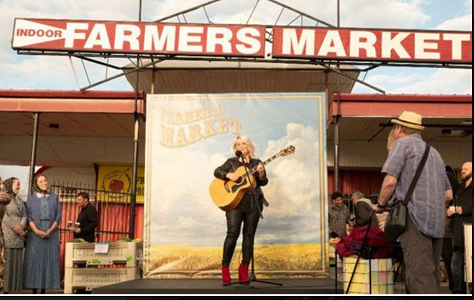