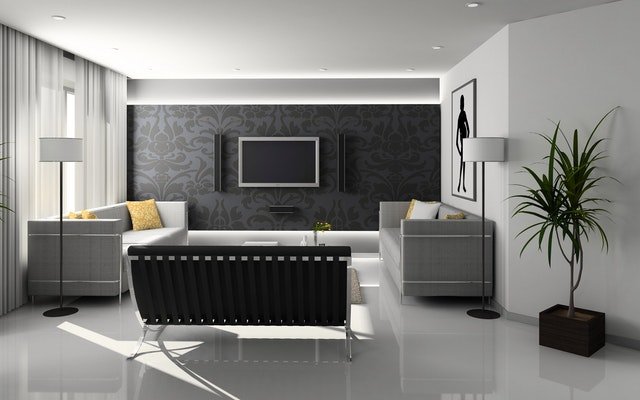 Television and its Adverse Impact on Youth Development

With the introduction of electronic media such as television, video games and the internet, a large number of individuals, especially those of the younger generation, have improved their analytical skills. Alongside, acknowledging information about the current incidents has become feasible by just accessing television. Gone are those days where people used to highly depend on the print media sources such as newspapers to acquire adequate information about politics, weather, or sports events. These days, electronic media has declined the usage of print media with its immense availability and accessibility.

Even so, television has become a prime source of entertainment for the youth as it telecasts numerous shows, series, and movies for them. Moreover, over the years, with the advent of television, a large number of people have enhanced their communication and critical thinking power. When it comes to child development, television plays an imperative role nowadays. It also has an immersive contribution to the cognitive growth of children. Additionally, television helps to alter one’s perspective towards society and life; this assists him/her to become a better human being.

However, along with these sorts of benefits, this electronic media can adversely affect an individual’s life. An inappropriate TV show can mislead an individual who might unknowingly invite negative consequences in his/her life. A child who prefers to watch violent acts on TV can adapt to aggressive behavior. So, every parent should continuously evaluate the type of contents or channels the children mostly access to prevent the uncanny circumstances. Here, we are providing both the positive and negative impacts of television on youth for a better understanding.

Is there any Contribution of Television in a Youth’s Life?

Obviously, television helps to shape an individual’s trait, and the contribution of the different types of programs is unprecedented. And, the right kind of content can imbue social, health, and environmental awareness in a youth’s life. But if your kid tends to mostly watch crime drama or horror flicks during bedtime, then make sure you have changed such a habit immediately. Based on a recently conducted study, it was analyzed that television can affect a child’s regular eating habit, physical appearance, interest in the study, and other necessary things.

A growing interest in watching anime or other TV programs will eventually decline the interest in studying regularly. As per the study, only 250 children of 3-10 years age groups have studied for approximately 9 months. And, their average duration of television exposure was almost 18.5 hours a week.

A significant change in body weight was noticed in almost 19.6% of children for watching television for a considerable period. This can also lead to a breakdown of the TV, and then you need assistance from Electrician Dubai. So, in a nutshell, it can be concluded that television streaming can lead to severe health problems like obesity. Even, the overall school performance of these individuals declined in certain instances. Sleeping disorders and weak eyesight are also for watching television continuously. Technological revolutions have undoubtedly made the learning process easier and come with a plethora of disadvantages.

Let’s first proceed with the advantages that have helped more than millions of youth to improve their behaviur.

Positive Impacts of Television on Youth

Undeniably, when a child gets the right guidance, he/she will start indulging in watching the right shows and programs. This will help them to learn useful things which will be beneficial in the long run. Moreover, there are more than 1000+channels that have engaged more than millions of children.

In the media-rich environment, most of the children utilize their leisure time by watching superhero movies, music, and other animated series. And, when the users will be unable to access the device, the top-ranked electrical Dubai is always there to offer immediate recoveries.

Young people, especially teenagers, prefer exploring the different contents that are broadcasted on the TV regularly. And, this can obviously positively influence a kid’s living pattern and his/her behavior. So, let’s see in which way television can positively influence the youth generation:

You might have found numerous television channels that provide educational and informative content to the viewers. Cosmos: The Spacetime Odyssey is one of the most-watched television series aimed at teaching the kids about the solar system. Alongside, your kid can learn about the valuable life lessons from this show. And, this type of series mostly emphasises connectivity between human beings and nature.

It helps the kids to learn that every living being is resilient; even micro-animals such as tardigrades are also capable of withstanding a critical obstacle. Cosmos has become the highest-rated show by enhancing the curiosity level of the viewers.

With the presence of TV channels that showcase educational content, learning about different subjects such as art and craft, geography, and even mathematicians has become easier. You can also allow your kid to watch news channels, but make sure you have guided them throughout the process for a clear understanding. Even some shows have inspired millions of kids to try something new with papers or clays in their leisure time.

The creative sounds and colorful images on the TV screen captivate the eyes of the children. Be it a movie or cartoon show, and this electronic media successfully retains the attention of the youth. But make sure, the type of content they are watching on these different channels of Television to keep aside the negative occurrences.

There are TV shows that are completely oriented for the kids whose age is between 3-10 and some for the children who are more than 10. Based on their age and level of understanding, selecting the appropriate movie, show, or series plays a pivotal role in their mental development.

Increases their Interest in Sports

As a responsible parent, you should always encourage the kids to watch more sports events during their leisure time. And, this includes different ongoing events of tennis, soccer, baseball, cricket, and basketball as well. Make sure you have made them understand the gameplay, rules, and other essential information which will grow their interest in a specific sport.

Helps to Acknowledge about Different Cultures

When the kids watch television, it can aid in learning about the regional culture of different countries. But for that, you have to thoroughly search for the right program that can enlighten them about the different lifestyles, traditions, festivals, their food habits or about their languages as well.

How has Television Affected the Lives of the Youth?

Unfortunately, even after having such a prolonged list of benefits, television can negatively affect an individual, especially the kids. These adverse effects can even outnumber the positive ones when as a parent, you will overlook them.

Addiction to television can make a kid lazy and results in reducing the amount of physical activity he/she was involved in. Moreover, when your kid spends most of the time watching TV, it can negatively impact his/her socialisation. Don’t let this happen because social development is necessary for the upbringing of a child. So, it’s highly recommended to opt for reducing the overall time limit (1-2 hours is enough) for watching television.

Constraint on the Brain Development

Moreover, even watching educational shows or programs for more than 2 hours can impact the child’s brain development. Prolonged TV watching can decline an individual’s cognitive abilities. Even, it can lead to short-time memory loss and behavioural changes.

It’s not always possible to control the type of content the kids regularly watch, especially when you are not around. Even, the violence portrayed in superhero movies can make them believe that violating norms is not a crime. Moreover, television shows might provide them with a distorted view of the world.

Another negative effect can be caused by the different ads that are daily telecast in between the TV shows. This can insist the kids consume unhealthy foods or drinks, which can result in obesity. Every parent should check on the ingredients that food or drinks contain to prevent the risk factors. Parental supervision is essential for reducing the negative consequences of television. So, behave like a responsible parent and prevent the exposure as early as possible.