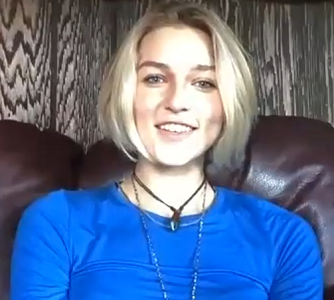 This is a fun scifi show, and it’s always nice to interview the actors in this cast. I only had about 5 minutes with her, but she was able to answer all my questions within that time frame, so it worked out well. She’s not one of those that goes and on, which I really appreciated.

Suzanne:   That’s right. So, I don’t have long, so I’ll get right to it. Your character, she carries a lot of guilt, because she didn’t fall into the sinkhole with her mother and brother. Then, later, she misses them and worries that about them. So, how did you convey that with your acting? What is your method?

Zyra:   I think because we filmed the first episode first, it was super nice, and remembering that feeling of watching them fall, because we did the stunts. I watched Natalie fall. I would bring that up and I would just think on that and ruminate, and that is a horrible feeling. Because, you know, you take responsibility for that, you had a grip on your mom and then, you know, even if she does pull your hand off of her, it’s a horrible feeling. I think you just have to think about that and really think about how you would feel about that.

Suzanne:   Okay, and are you still shooting in Australia? How do you like it there?

Zyra:   Nope. Now we finished about a month ago. Actually, I can’t believe it’s been a month already. It was fun though. It was fun shooting in Australia. It was locked down for the six months we were there. So, that was less fun, but Australia itself is really fun, and filming was absolutely fantastic.

Suzanne:   Oh, great. Had you been there before?

Suzanne:   Oh, that’s nice. Did you get to see kangaroos and things like that?

Zyra:   Oh, yeah. Oh, yeah. We were all over the place. Kangaroo are like deer for us here. You know how you just like see deer all over everywhere? That’s how they are in Australia. Koalas are harder to find.

Suzanne:   Yeah. Did you ever watch LOST, and do you think fans and the media should be comparing La Brea to LOST?

Zyra:   So, we were talking about this; a lot of the cast were talking about this, and it is definitely a comparable comparison, but I think Jack said this; he said that “La Brea, it fills the gaps that LOST had.” It makes sense. It doesn’t have things where you go, “Um, that doesn’t quite add up.” You know? I think it took LOST and went, “All right, I’m gonna learn from this. I’m going to do better.”

Suzanne:   Okay, well, I hope it has a different ending. [laughs]

Suzanne:   And is there anything else that you’d like to tell fans about the show, about your part in it?

Zyra:   Oh, it sounds so cliche, I know, but really, expect the unexpected, and everything nuts is happening all the time. [laughs] All the time.

Suzanne:   Yeah, that’s what’s great about the show. It always shocks you.

Zyra:   Oh, yeah, especially if you have a short attention span for TV shows, which I do. You don’t ever get bored. It’s great, because if you get bored with one character, you’re like, “Oh, there’re all of these other stories.”

Suzanne:   There’re a lot of characters

Zyra:   A lot of characters.

Suzanne:   All right, they’re telling me I have to go. So, thank you. I appreciate it.

Suzanne:   All right. Have a good day.

Here is the video of it.

Gorecki is one of the first below-the-knee amputee actresses with a series regular role in a major broadcast television series. Gorecki is involved with the non-profit organization Amputee Blade Runners that helps provide free running prosthetics for amputees.

In addition to her acting career, which includes guest-starring on “Chicago Fire,” Gorecki is an avid runner and skilled athlete who is passionate about living and promoting a sustainable lifestyle.

An epic adventure begins when a massive sinkhole opens in the middle of Los Angeles, pulling hundreds of people and buildings into its depths. Those who fell in find themselves in a mysterious and dangerous primeval land, where they have no choice but to band together to survive. Meanwhile, the rest of the world desperately seeks to understand what happened. In the search for answers, one family torn apart by this disaster will have to unlock the secrets of this inexplicable event to find a way back to each other.

“La Brea” is produced by Universal Television, a division of Universal Studio Group, in association with Keshet Studios. 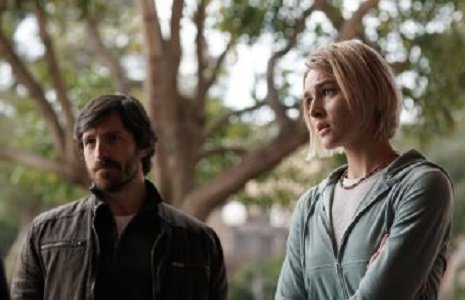