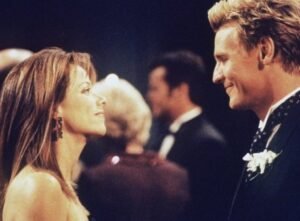 Predictions of the show and any rumors we hear!

Hear something? Want to make a prediction? Let us know and we’ll put it here!

Along with the rumor of Steve Burton quitting/being fired because of refusing the vaccination, there’s the rumor that Trevor St. John (ex-Todd/Victor) will be taking either his place, Ingo Rademacher’s place (Jax) or Jeff Webber (Richard Dean Anderson) – who hasn’t been on the show since 1981. Perhaps they meant Steven Webber, who was last seen in 2013, played by Scott Reeves.

Another rumor is that soap vet Karla Mosley (ex-Maya, B&B; ex-Christina, GL; ex-Amanda, Y&R) will be playing a recast Jordan.

Ingo Rademacher (Jax) has been fired, according to Nancy Lee Grahn (Alexis) on Twitter. He has posted many offensive things on Instagram, including many anti-vaccination posts, calling fans “bigots” and “morons,” and calling a 4-star transgender general a “dude.”  It’s rumored that he’s not vaccinated and that GH is requiring proof of vaccination for all employees, so that may be another reason. It’s also rumored that others may be fired for the same reason, including Steve Burton (Jason), who did have COVID this year but was not vaccinated (note: you can still get COVID even if you’ve already had it).

Fans are saying on Twitter that Ingo Rademacher (Jax) is not vaccinated and thinks that COVID is a hoax. He blames the Chinese for COVID and has said racist things on Instagram about both African Americans and Chinese. He says them on Instagram Stories, so they don’t last too long, but fans get photos before they disappear.

There’s a rumor that Spencer is Ava’s stalker and that he’s now played by an older actor, Nicholas Alexander Chavez.

There’s also a rumor that Cameron Mathison (who’s joining the show) will be playing Drew Cain.

Peter isn’t really dead. Cyrus will kill someone.  Sonny and Nina will get married and have sex. Anna and Valentin will have sex, but she’ll get back in Finn eventually.  Sasha will die. 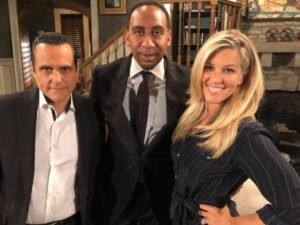