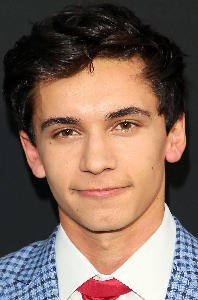 This was my first one-on-one interview with TVMEG.COM. I was thankful it went smoothly and enjoyed talking to Ajay.

Thane:  Were you happy at how Lost in Space ended?

Ajay:  You know, I was really really happy, I felt sad naturally about the show ending, but when I read the final scripts, and I saw all the storylines and the plot arcs concluding, I was actually really surprised I felt a ton of closure, and it just felt like the perfect ending. So, I was very, very happy with how it ended.

Thane:  You have been in a few TV shows. What has been your favorite role to play and why?

Ajay:  Probably my favorite role to play was honestly probably Lost in Space, just because that was such an important role to me. It was five years of my life that I was playing that role. And the characters on that show and the actors who played them kind of became really close friends. So, it just holds a really special place in my heart. Yeah, so I’d have to say, Vijay.

Thane:  I see that you are also releasing music, what inspires your music?

Ajay:  Music just comes out of me. Like growing up there were some kids in class who would always be doodling on like the edge of their homework. Me, I can’t draw. I can barely draw cube. But for me, I would always be humming and making up songs. Music just runs through me. it’s ran through me ever since I was a kid, ever since I was a baby, actually. It’s just the most natural thing to me. And I think even if I didn’t want to do it, I would still just be doing it. So, yeah. I forgot what the question was actually, but I love music so much. It’s really natural to me.

Thane:  What drove you to get into acting?

Ajay:  My sister was doing community theater, my older sister. She was doing community theater in our hometown of Victoria, Canada, and it looked like fun. So, I went along to the auditions when I was like 11 or 12, and I just kept on doing theater.  I did school theater but also did community theater, and I got to miss a whole bunch of school for rehearsals and stuff. It was just always something I did as a hobby. Then, eventually, I started making connections with the professional theatre companies in town and with the opera, and I started doing more and more productions. I probably did about 15 theater productions in my teen years. Yeah, more and more opportunities kind of just started naturally coming my way. So, it just kind of happened.

Thane:  What kind of star do you want to be in future? A movie star, a TV star, a musician, or all of the above?

Ajay:  You know, I don’t know if I can answer that question. As I get older, the more and more I realized that being like a star in something doesn’t really actually matter and that what matters is just being connected, I think with who you are, and being connected with the present moment and with doing art. So, I think as long as I just keep on pursuing art, I’m going to be getting fulfillment out of that. 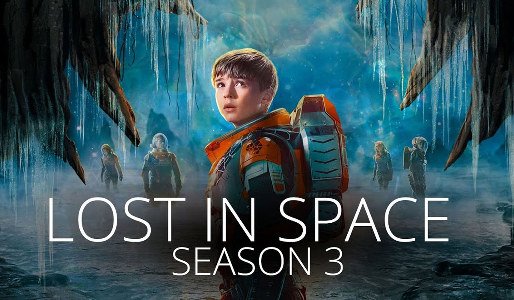 Thane:  Have you made any strong friendships with any of your former cast members?

Thane:  If you could play any character who would you play?

Thane:  Is there an actor and or a director who you would love to work with?

Thane:  As a young male actor in the Instagram age, do you feel pressure to look good?

Ajay:  Yeah, sometimes I do. And sometimes I feel excited when I post something where I just look normal, or where I haven’t showered or something and I’m just living normal life, because I think it’s cool when I see other people post stuff like that. But yeah, there definitely is a pressure to look good, but, you know, maybe that’s something I can also combat with sometimes looking good and sometimes not looking the best.

Thane:  How do you feel when people call you a heartthrob?

Ajay:  I don’t really think about it very much. I mean, I guess it’s exciting or cool or whatever, but it’s not really something I take that much thought in.

Thane:  This is the end of the interview. Is there anything that you want to tell the TV make audience including plugs?

Ajay:  Well, Lost in Space three is out on Netflix, and it is super amazing, my favorite season we’ve ever filmed. And also I just released an album. You can find it on your streaming service, if you just search my name Ajay Friese, and I hope you enjoy it, and thank you so much, Thane.

Here is the Video! 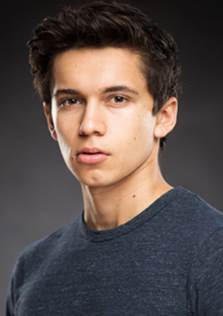 Friese’s leading role in LOST IN SPACE comes off the heels of his star turn in the indie film RIOT GIRLS, opposite Madison Iseman, which the Los Angeles Times called, “[a] splashy, bloody take on “Lord of the Flies” with a rock ‘n’ roll spirit.” Ajay also recurs on several TV shows including Max Landis’ BBC series DIRK GENTLY, the CW smash hit RIVERDALE and THE ORDER for Netflix. On the film side, Friese is already tapped to star in the 80’s homage 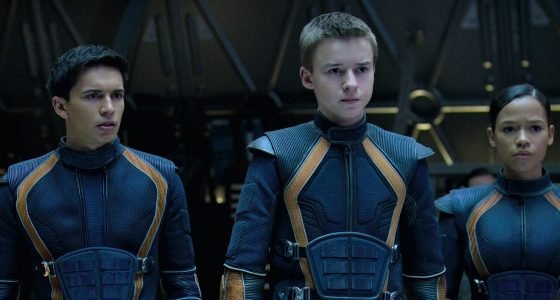 A relative newcomer to Hollywood, Ajay (pronounced ah-jay) is primed to be a true breakout star with his starring roles on both TV and in film. In addition to acting, Ajay is an accomplished singer/songwriter who is gearing up for a Dec. 2021 release of an extended version of his EP “light a match…then run” on Friday, December 10th. In 2020, Ajay released his debut album with Bon Jovi producer Everett Bradley. 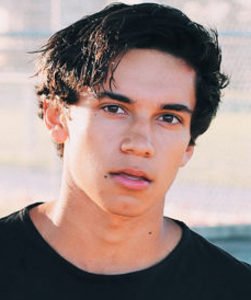