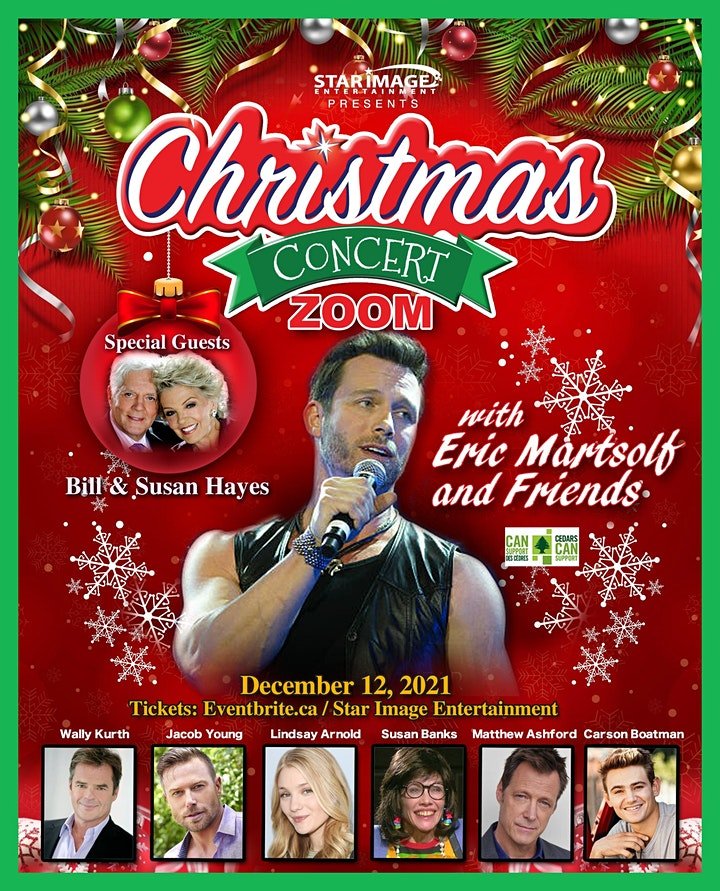 I’ve only been to one Zoom event with celebrities and fans before. It was a free event in December, 2020, with actors from “All My Children,” a show I watched for over 25 years before it was canceled. Anyway, this was hosted by Alan Locher, who has a whole channel on YouTube where he interviews soap stars and others. I enjoyed watching it, but unfortunately, I don’t have time to watch all of these events. Between this, the virtual Comic-Cons and so many others…it’s just too difficult. I avoid most of them.

A friend of mine regularly attends “Days of Our Lives” online charity events. I’d never been to one before. The idea of paying to see celebrities is a little weird for me, since I interview them all the time for this site. However, this one was a little different because it was a Christmas musical event, so I decided to go – even though it was a bit expensive at $75 per ticket. I love Christmas, and Christmas songs, and I love “Days,” too. 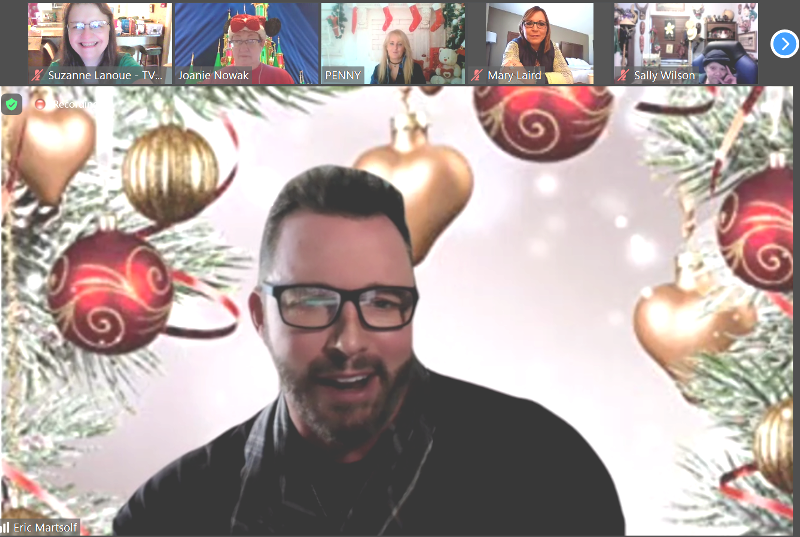 Eric Martsolf (Brady) hosts regular charity events with his fans, so he hosted this special Zoom Christmas concert. Other Days actors joined him. Eric is very funny and really plays the clown for his fans. First Eric sang “Have a Holly Jolly Christmas.” He has quite a good singing voice. Most of the people singing here do, but this was just for fun with a few fans, singing Christmas carols. However, most of them did have the songs memorized, at least. Eric was drinking some “holiday cheer,” but I don’t know if it was real or not. We all had fun. I sure did. I wish I could have talked to him, but there were about 30 fans there, and he knew many of them from past events, so he said hi to the ones he knew.

He thanked Penny MacGregor, the Canadian lady who runs StarImage Entertainment (the ones that put on these events). He talked about Christmas a little bit and then greeted us. He looked at us on his screen and welcomed the new visitors like me. He noticed that there were two Suzanne’s! He read the names and said, “We got like 16 Suzanne’s…wow!” That certainly made me laugh.

He played some fun Christmas games with us. I really didn’t play because I didn’t know the answers to the questions he would throw out about Christmas songs or lines from holiday specials. I really enjoyed listening to it, though. 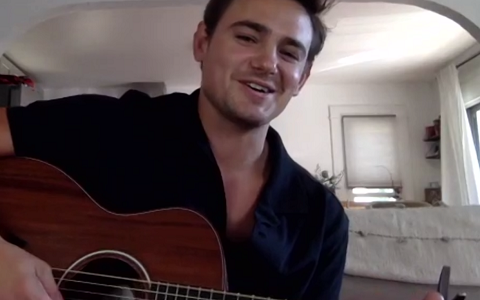 His first musical guest was Carson Boatman, who plays Sami and E.J.’s son, Johnny. They joked around for a few minutes and then Carson sang “Have Yourself a Merry Little Christmas” and “Hallelujah” (which really isn’t a Christmas song, but okay!). He has a nice voice and plays guitar well.

After Carson was Matthew Ashford (Jack), who was with his wife, Lana, and two kids. They were all wearing matching plaid 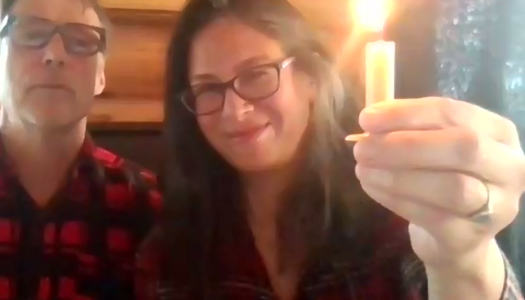 Christmas outfits, which was adorable. His kids were shy, so we didn’t see them much on the video (especially the little girl). They sang a song that sounded vaguely familiar to me, with the lyrics “Burn little candles.” I think it’s actually a hanukkah song, but I’m not sure. Eric chatted with them for a bit. Throughout the show, Eric joked about how much time his character spent in the hospital this year. After their song, Matt and his wife read the old “Yes, Virginia” letter. It was written in the New York Sun, but Matt said it was written in “The Spectator” (the Days of Our Lives’ newspaper that his character works on). That was cute. 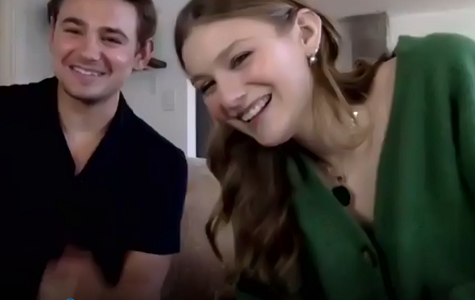 Next was Lindsay Arnold, who plays Sami’s daughter, Allie (Johnny’s twin). Carson was back with her, playing the guitar while she sang. She sang “Santa Baby” and then an Adele song, “Make You Feel My Love” (definitely not a Christmas song). She has a beautiful voice (probably the best of all of them). Carson sang some harmony with her on the second song. It was really sweet. They seem like good friends. Lindsay and Carson chatted with Eric about Christmas, about singing and about the show. Eric said they should start a band, like the actors on GH did with Port Chuck (Good idea!). 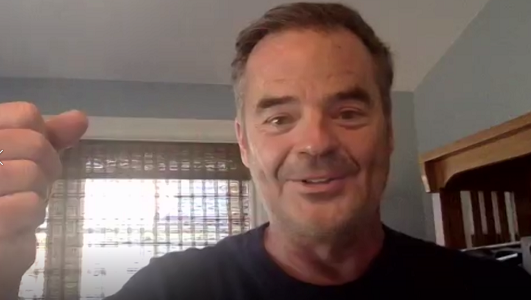 Next we got to hear Wally Kurth, who plays Justin. Eric introduced him as being not only a veteran but a really nice guy. He does double soap duty because he also plays Ned on “General Hospital.” He’s had a band and sung for years. He did three songs. I love him, so I was happy to see that. He played guitar as well. First he sang “Have Yourself a Merry Little Christmas.” His voice wasn’t quite warmed up enough, so it cracked a few times. He and Eric joked about it. When someone sings regularly, they get used to things like that. These are professionals, so they just laugh it off and

go on. The show must go on! His other two songs went very well. He sang “In the Bleak Midwinter,” which is a beautiful and rather obscure Christmas song. I’m pretty sure I sang it in choir years ago. They asked him to learn it for an episode of GH, but then they decided not to use it, so he sings it at Christmastime now whenever he has a show. It’s a sad but beautiful song. Then he did “White Christmas,” including the 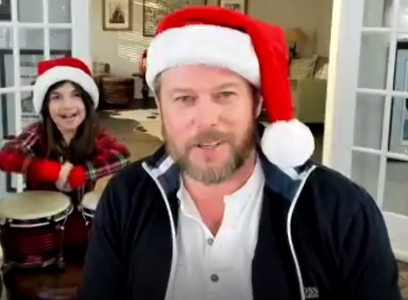 introduction part that you don’t always hear. I saw him sing with his band about 20 years ago at a GH fan event, so it was great to hear him again. When Wally mentioned GH, Eric said, “General Hospital? What’s that?” as if he’d never heard of it. It was cute.

Next there was Jacob Young, who’s never been on Days, but he’s been on “General Hospital”, “Bold and Beautiful” and “All My Children.” He’s a soap vet. He was playing guitar and singing along with his two daughters. They were all wearing Santa hats and looked very festive. One of them was playing bongos. They definitely won the cuteness award for this event. Jacob sang “Blue Christmas” very well. Then his older daughter and he did a duet with “Baby It’s Cold Outside.” I know that might sound creepy, but it was very cute. Then their last song was “Feliz Navidad,” which featured the younger daughter on the bongos. Clearly they had practiced these songs. It was great to see Jacob again. I don’t know why one of the soaps doesn’t hire him back. He’s still gorgeous. In case you didn’t know, he has been singing a long time and had a CD out years ago. You can hear his more recent music on his YouTube channel.

Then came the highlight of the event, which was the arrival of Bill and Susan Seaforth Hayes (Doug and Julie). Bill is 96, so he was sitting down, but he did sing and was very alert (My mom was born 2 months after him!). Susan is 78 and stood behind his chair with her arms around him. It’s clear that they’re just as lovey-dovey in real life as they are on the show. Helping them out was a much younger woman named Amy. Eric exclaimed that she’s Shane Donovan’s niece, but he didn’t explain that. I looked her up, and she is indeed Amy Shaughnessy, niece of Charles Shaughnessy (Shane). I have no idea why she was there singing with Bill and Susan, though. She does have a vocal performance in music degree, so perhaps they hired her for the event? I have no idea. It’s quite intriguing. At any

rate, they sang this beautiful song. It was very touching to see them. Eric made sure to tell them what a thrill it was for him and for fans to see them. They all dressed in red, as 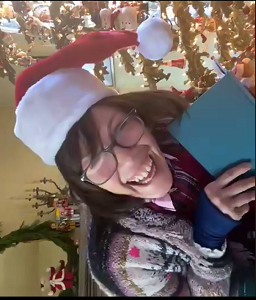 you can see, and looked ready for the holidays. Plus, their two Lifetime Achievement Daytime Emmys were right there next to them!

After that, Eric sang “O Holy Night” in a very heartfelt way. That’s a tough one to do, so kudos to him for even trying that.

Then they had “Susan Banks” drop by. This is a silly character on “Days” played by Stacy Haiduk. Stacy showed up in the full Susan wig, teeth and outfit. She was very funny! She didn’t sing. Instead, she read “The Night Before Christmas.” She

was amazing. She played the whole thing sideways as if Susan couldn’t figure out how to hold her phone the right way. Eric played along, too, having fun with her.

After she left, Eric sang “Santa Claus Is Coming to Town,” and he ordered us all to sing along. Then in some places he unmuted some of the fans, so we could hear them sing, too. It was very cute and everyone enjoyed it. He thanked us all and talked about how it was a highlight for his year and that he hoped it was for us, too. We all said Merry Christmas and Happy Holidays at the end. It was so much fun. The two hours and fifteen minutes flew by, and we definitely got our money’s worth. If they have this event next year, you should make sure to attend!