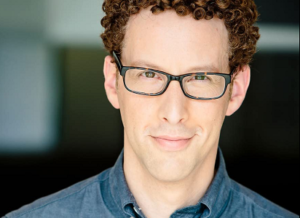 Interview with Noah Weisberg of “Super Pumped: The Story of Uber” on Showtime by Thane 3/17/22

It was a pleasure to speak to him about the show. I’ve known the controversies surrounding Uber for quite a while, so I enjoyed watching a series about it. This is such a great show, and it’s clear that everyone involved loves it and puts forth their best efforts.

Enjoy the video! We’ll have the transcript up soon…

Check out our other Interview with actors Joseph Gordon-Levitt, Kyle Chandler and Uma Thurman; and EP/Writers Brian Koppelman, David Levien, and Beth Schacter of “Super Pumped: The Battle for Uber” on Showtime 2/23/22 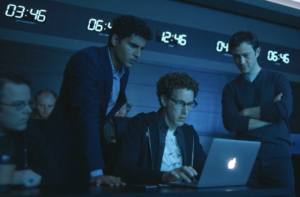 Last week, audiences had the opportunity to watch the premiere episode of Showtime’s “SUPER PUMPED: The Battle for Uber”. In the opening scene, you meet Quentin, played by rising star Noah Weisberg (Zoey’s Extraordinary Playlist).

“TK, you’re gonna love my nuts,” says Quentin, before pitching the Safe Rides Fee: a surcharge added to each trip to cover added costs of ensuring safety… except Uber isn’t taking any extra measures to ensure safety. Paired with a cheap safety video made for drivers, the fee just provides the illusion of care, while bringing in hundreds of millions in profit for Uber. “Wow, I do love your nuts,” Travis responds.

At the end of the episode, we witness the initial moment Travis Kalanick, played by Joseph Gordon-Levitt, hires Quentin after Quentin claims himself as “an asshole”. “That’s the right answer. Because if you’re not, you’ll never make it at Uber.” TK responds.

Noah Weisberg‘s Quentin will be featured in 6 out of the 7 episodes of Season One as Head of the Uber Tech Department. As Quentin becomes TK’s right-hand tech man, he finds himself carrying out TK’s (often illegal) technical changes to the app, overriding laws in order to make the most money possible.

Weisberg most recently played ‘Danny Michael Davis’ on the fan-favorite NBC series ZOEY’S EXTRAORDINARY PLAYLIST on both its seasons. Prior to that, Weisberg starred as ‘Willy Wonka’ on the national tour of CHARLIE AND THE CHOCOLATE FACTORY.

Noah is also well-known from being part of the Original Broadway casts of ELF – THE MUSICAL, ENRON, LEGALLY BLONDE, and the Off-Broadway revival productions of THE TWO GENTLEMEN OF VERONA and DAMN YANKEES. Weisberg also wrote, directed, and starred in the award-winning short film THANK YOU KINDLY, co-starring Kimiko Glenn. 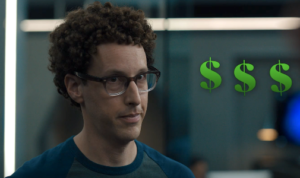