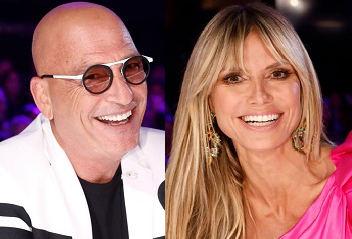 Interview with Heidi Klum, Howie Mandel and contestants of “America’s Got Talent” on NBC by Suzanne 8/9/22

This was a fun night (but very long). Members of the press were invited to watch the live show (Quarterfinals) and then interview some of the judges and most of the contestants! It was very entertaining – even if it did go on for 4 hours! I don’t normally watch shows like this, but I loved it. I can’t wait for the one coming up August 16! These comments below are just my impressions from watching them. All of these artists worked very hard on their acts. I feel bad for the ones that didn’t make it to the next round. 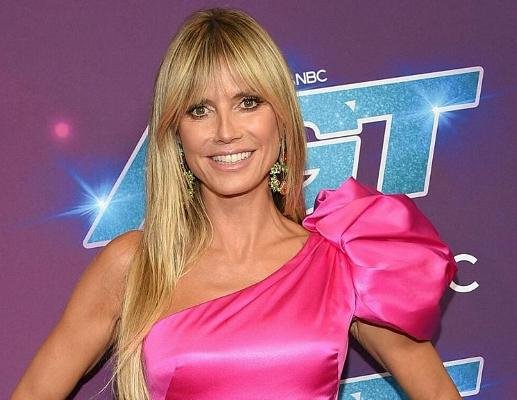 There were two judges there, but Heidi Klum was the one I was able to speak to (see Howie Mandel below). She was very funny and went on for quite a while.

It was great to see Howie because I used to watch him on “St. Elsewhere” years ago when I was in college. Great show, but he’s really come a long way. He was hilarious in this chat.

Here are my favorites of the acts. I was really hoping this girl would go on to the next round because her act was so adorable. She’s only 12 years old!  Learn More about her Instagram

I thought these guys would go on to the next round because they’re very talented. They sing, dance and put on a great show! The crowd clearly loved them. What a great idea to have a choir made out of NFL players! We only got to see a few of them on Zoom, though, because it’s a big group. Learn More   Instagram

This guy is not only very talented and has a great story, but he puts on a great show and has a lot of charisma. I wasn’t too surprised when he went on to the next round because you could tell the judges really liked him. Official Site  Instagram

There were two comedians among the contestants. They were both OK, but I didn’t think either of them was outstanding.  Don was slightly funnier, I thought, than the other one. Both of them are professionals who perform standup regularly, so what do I know? Official Site  Instagram

Lace was funniest, I thought, when she was fighting with Simon during the show, and in our interview, where she was clearly still very angry with him.  Like Don above, she is a professional comic. I don’t think you can fight with the judges, though, and expect to go on to the next round…? Maybe that’s just me. She’s a very busy woman, based in Atlanta. I will say that she has a sharp wit. I would watch her in a good sitcom.  Official Site  Instagram

I wasn’t as excited about this act as everyone else. To me, he’s just another pretty-boy country singer… but then, I’m not really into country music. The judges and crowd seemed to love him, and he was the other one selected to go on to the next round. He has an album coming out in September, and he’s already going places. Official Site  Instagram

This guy does comedy-singing. He thinks he’s a lot funnier than he is. The audience seemed to like him, but I’m not sure why. My question got cut off of the video for some reason. I asked him if he was influenced by “Weird Al” Yankovic. His bit is singing about Parmesan. Sorry, I’m allergic to dairy!  Official Site  Instagram

Oleksandr is a contortionist, which is a very unusual act. He’s also got a weird-looking face and looks kind of creepy (which he plays to).  Aurélie is his wife and partner in the show, and they’re circus performers by trade.  It’s a very strange act, but I didn’t think he would win because it’s a little unpleasant to watch.  He’s from Ukraine, so he mentions that a lot. In this interview, which was the last one of the night, they paired them with dancers (below).  Learn More  Instagram

These dancers from Colombia did a great job, but they were nothing special, so I didn’t think they would go on to the next round, either. Unfortunately, the interview was difficult because most of them had very limited English. Learn More  Instagram

This is a group of acrobats from a circus in Guinea. They were very good, but they didn’t really wow the crowd or judges. Official Site  Instagram

Ava is a pop singer. She’s fine, but she wasn’t outstanding. Her back-story is interesting because she was a survivor of a high school shooting in Oxford, Michigan, last November.  Tragically, there are so many mass shootings now in the U.S. that it hardly stands out (not enough to give her any help in the competition). She was judged on her talent more than her sad backstory. Learn More  Instagram

The 17th season of “America’s Got Talent” returns with a new set of aspiring performers looking to compete for the ultimate $1 million prize. Executive producer Simon Cowell returns to the star-studded judging panel with global fashion icon Heidi Klum, fan-favorite comedian Howie Mandel and acclaimed actress and international superstar Sofia Vergara. The dynamic Terry Crews returns as host. This season promises to deliver some of the wildest acts to ever grace the “AGT” stage. Official Website 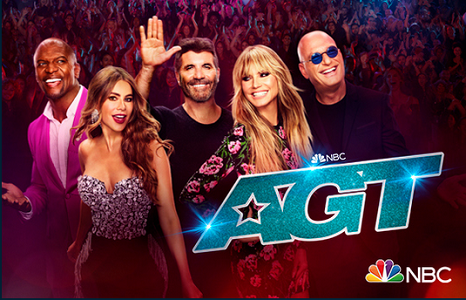 The 54 Acts Advancing to the Live Shows Include:

Acts in Contention for “America’s Wildcard”: 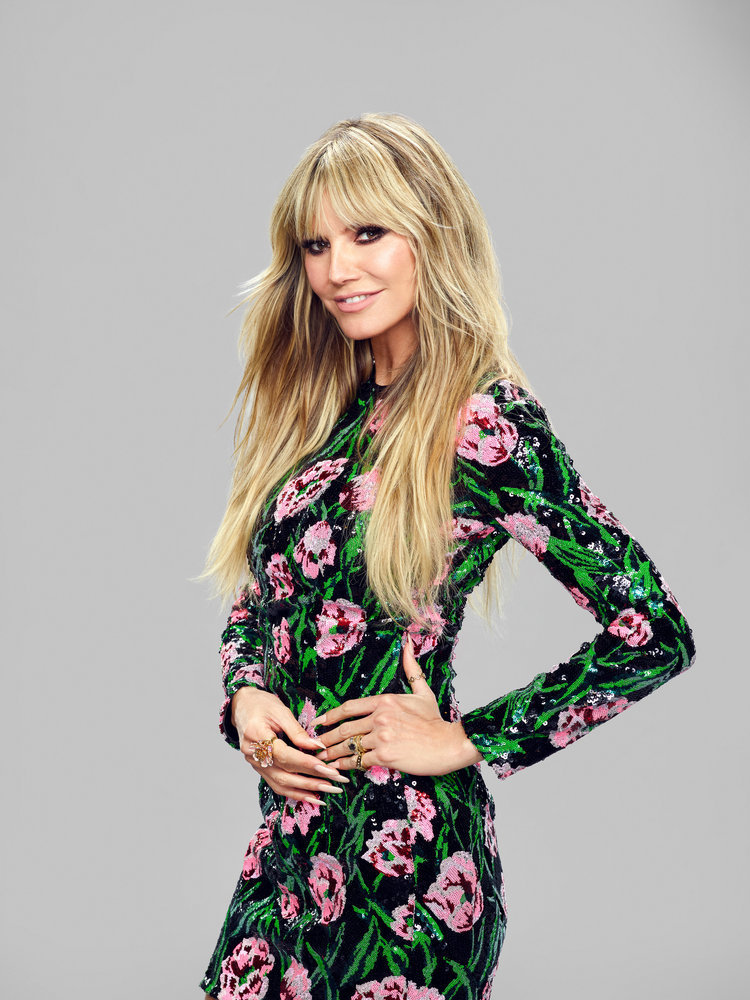 Born in Germany, Klum began modeling at the age of 19 and shortly thereafter she appeared on the cover of the 1998 Sports Illustrated swimsuit issue which then propelled her career. Klum’s many titles now include supermodel, producer, entrepreneur, television personality, actress, author and fashion designer and she has continued to make an impact across various industries. In 2013, she won an Emmy Award as Outstanding Television Host for her longtime hit, “Project Runway.”

Klum launched her most recent endeavor alongside her frieend Tim Gunn as co-creator, host and executive producer of Amazon Prime Video’s new fashion competition series, “Making the Cut.” Twelve talented designers competed to take their fledging brands to the next level with all the winning looks were shoppable on Amazon.

Klum is also the executive producer and host of “Queen of Drags,” which premiered in Germany in 2019, alongside drag queen Conchita Wurst and German singer Bill Kaulitz of the band Tokio Hotel.

Klum was the host and co-creator of “Project Runway” and also served as an executive producer for 16 seasons. Under Klum’s tenure, the show received 14 consecutive Emmy nominations for Outstanding Reality Competition program, which is the second-most nominations in the category’s history. Klum is also the host and executive producer of “Germany’s Next Top Model,” a runaway hit for 15 seasons.

Author of lifestyle book “Body of Knowledge: 8 Rules of Model Behavior” as well as “Rankin’s Heidilicious” and “Heidi Klum by Rankin,” featuring some of her favorite photos taken by world-renowned photographer Rankin.

Klum’s acting appearances include “The Devil Wears Prada,” “Blow Dry,” “Ella Enchanted,” “Spin City,” “The Life and Death of Peter Sellers,” “How I Met Your Mother,” “Parks and Recreation,” “Sex and the City,” “Sesame Street” and a voiceover for “Hoodwinked Too.” She also swam with sharks for an episode for Discovery Channel’s popular “Shark Week” and hosted Lifetime’s “Seriously Funny Kids.” She hosted the 60th Annual Primetime Emmy Awards and has hosted various specials for MTV, TNT and CBS.

Klum has been the face of numerous brand campaigns over the years, worked with many of the world’s top photographers and has graced the cover of every major magazine across the globe.

Known for her epic Halloween bash and earning the nickname Queen of Halloween for her unpredictable, over the top costumes, this October marked the 20th anniversary of Heidi Halloween.

Klum’s charity involvements include work on behalf of such organizations as UNICEF, Children’s Hospital Los Angeles, the American Red Cross (as part of its Celebrity Cabinet), God’s Love We Deliver, amfAR and the Elizabeth Glaser Pediatric AIDS Foundation.  Klum also appears in PSAs for Stand Up to Cancer.

Judge, “America’s Got Talent”; Host/Executive Producer, “Deal or No Deal” 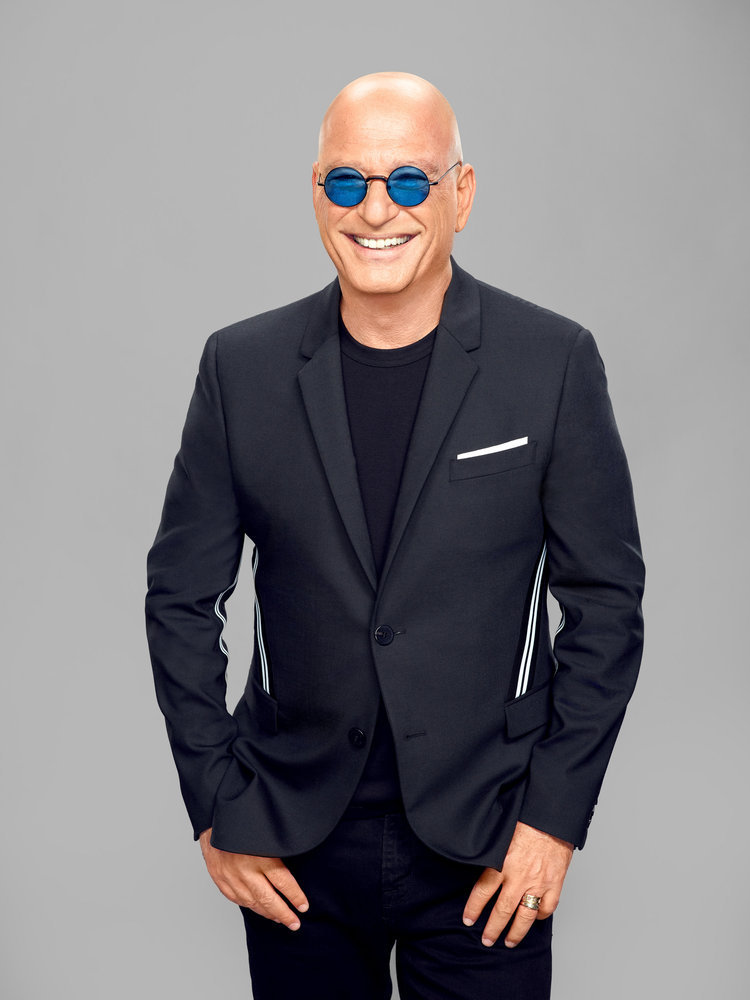 Howie Mandel begins his 12th season as a judge on NBC’s summer hit “America’s Got Talent.”

Mandel hosts the podcast “Howie Mandel Does Stuff” alongside his daughter. He recently finished production on his new documentary, “Howie Mandel: But Enough About Me.” Other recent projects include judging NBC’s “America’s Got Talent: The Champions,” CNBC’s “Deal or No Deal,” where he served as executive producer and host, and Nat Geo’s “Wild’s Animals Doing Things,” where he co-hosted with his son Alex. He also executive produced the Quibi series “Kirby Jenner.”

In 2019 he released his first solo special in 20 years, “Howie Mandel Presents: Howie Mandel at the Howie Mandel Comedy Club.” In 2020 he teamed up with ePlay Digital and launched the charity “Breakout the Masks,” and mobile game campaign to give back to those involved in the fight against COVID-19. Via Howie’s Games, the first challenge is Outbreak, where players’ points translate to donations of N95 face masks, portable ventilators, gloves and other personal protective equipment to doctors, nurses and more frontline workers. The second game, SwishAR, has users looking for Mandel to join in a backyard basketball game to shoot hoops. Both games are available on the Apple App store and Google Play.

His additional projects as a host, actor, and/or executive producer include “Take It All” and “Howie Do It” for NBC, “Deal With It” for TBS and “Mobbed” for Fox. Previously, Mandel received an Emmy Award nomination for Outstanding Host for a Reality or Reality-Competition Program for “Deal or No Deal” and a Daytime Emmy nomination for Outstanding Game Show Host for the syndicated version of the show. Mandel’s versatile career has encompassed virtually all aspects of the entertainment spectrum, including television, film and stage. From his work on the Emmy Award-winning “St. Elsewhere,” to the international animated children’s series “Bobby’s World,” Mandel has become a mainstay of the American comedy scene.

In 2009, Mandel added author to his resume when he released his frank, funny and no-holds-barred memoir, “Here’s the Deal: Don’t Touch Me.” The memoir revealed his ongoing struggle with OCD and ADHD, and how it has shaped his life and career. It made the New York Times bestseller list on its first week and remained on the list for several consecutive weeks. Mandel has done countless comedy specials both on cable and network television. He has also hosted his own syndicated talk show, “The Howie Mandel Show” and continues to be a mainstay on the talk show circuit. He also continues to perform as many as 200 stand-up comedy shows each year throughout the U.S. and Canada. 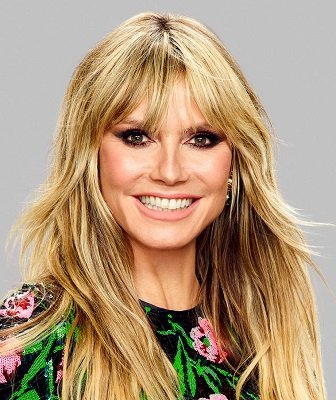