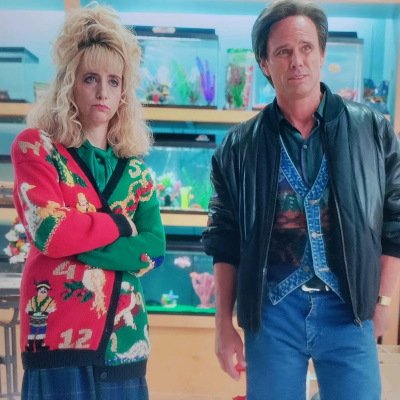 Chloe was very accommodating and flexible when I needed to move the interview due to a migraine. She was very friendly and easy to talk with. I enjoyed speaking with her about “The Righteous Gemstones,” and we also shared some small talk and book recommendations as well. I look forward to seeing the third season, which Chloe may or may not be in. 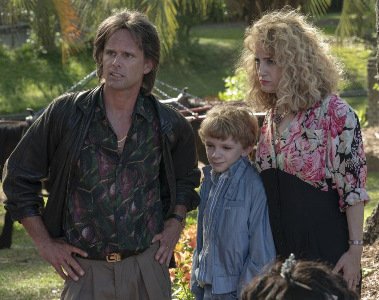 From June:  Filming this month in Charleston, the third season of the Danny McBride-created, written and executive-produced series continues the story of a world-famous televangelist family with a long tradition of deviance, greed and charitable work.

Season 2 of THE RIGHTEOUS GEMSTONES is now streaming on HBO Max.

Traicos plays Gloria Freeman, wife of Walton Goggins’ character. The actress is also known for her work on “MacGyver” and “Gone”.

Chloe Traicos was born and raised in Zimbabwe. Her father is international cricket star, John Traicos and her mother, Annette Kileff is an artist. Chloe lived in Zimbabwe until until 2005 when she was forced to flee the country after having made a controversial documentary about the country’s leader, Robert Mugabe. In her documentary Chloe speaks out on behalf of the Zimbabwean people who have spent years being persecuted and starved. Despite the fact she had to leave the country, Chloe’s documentary ( aptly named ” A Stranger in my Homeland” ) went on to win awards throughout the world. Chloe then immigrated to Australia with her parents and sister. In Australia Chloe went on to make the award winning Indie film ” I Wish I Were Stephanie V” which opened the New York City International Film Festival in 2011, with a special screening outside in Times Square. Chloe has since moved to the US where she continues to make films.

Created, written and executive produced by Danny McBride (HBO’s Vice Principals and Eastbound & Down), and marking his third HBO comedy series from Rough House Pictures, The Righteous Gemstones tells the story of a world-famous televangelist family with a long tradition of deviance, greed and charitable work. Season two finds our blessed Gemstone family threatened by outsiders from both the past and present who wish to destroy their empire. McBride collaborators Jody Hill and David Gordon Green also serve as executive producers and directors. 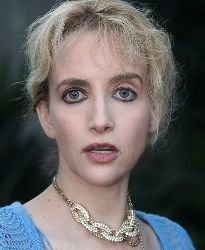