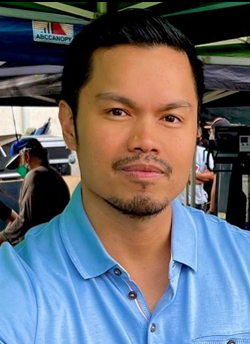 This was quite an interesting interview as you can tell from the video below! I enjoyed speaking with Mark.

LOS ANGELES – Actor Mark Labella gets entangled in an elaborate heroin operation in Thailand when he recurs as a guest star on the six season of the hit CBS police drama series, S.W.A.T., premiering on October 4th.

In the season opening episode “Thai Hard,” Hondo surfaces in Bangkok training alongside Thailand’s premiere S.W.A.T. team. When Hondo and his former military buddy stumble upon a wide-ranging heroin operation with ties to Los Angeles, they find themselves on the run from a powerful drug kingpin. Labella emerges as Lek, who proves vital when the danger heats up.

Labella was excited to be part of this special storyline, sharing “S.W.A.T. was the best set I’ve ever been on. I have never felt as safe with my choices, as appreciated for my work, and as welcomed on the first day.”

Born in the Philippines and raised in America, Labella is a U.S. Navy Veteran turned Medical Doctor, who has been building a solid reputation for his talents since setting his sights on the entertainment industry. His notable on-camera credits include a role in the upcoming Gerard Butler action thriller feature film for Lionsgate, previously titled The Plane, as well as appearances in the fan favorite TV shows Magnum P.I. and NCIS: Los Angeles.

Behind the camera, Labella has been discovering success as a screenwriter and producer. His background in medicine has become the basis for many of his original projects, including the television drama series, MisDiagnosed, which won the Boston Screenplay Awards and gained enough attention to land him further opportunities as a screenwriter and producer.

Currently, Labella is producing the U.S. leg of the Filipino feature film project, Labyu with an Accent, starring Filipino superstars Coco Martin and Jodi Sta. Maria. In addition, he is the writer for the upcoming comedy series, Soul & Spice, starring the Philippines’ ‘Comedy Queen’ Ai-Ai delas Alas, Tony Winters, and Johari Johnson; and his latest psychological thriller feature film script, Catholic School, has just been optioned and will head into production soon.

When he is not on-set, Labella spends much of his spare time participating in medical missions and supporting medical and veteran charities. He also volunteers his time writing PSA’s to spread the word to his fellow Filipino-Americans to vote. Labella believes, “My main goal as a creative artist is to tell the stories that I’ve witnessed during my experiences around the world.” Because of his commitment to telling these untold stories, Labella accepted the nomination as the incoming Executive Director of the 13-year-old non-profit organization, Fil-Am Creative. He is excited to honor his performance to coincide with October’s Filipino-American History month in the United States.

Mark Labella is represented by Walter Tabayoyong at Altamero Management and Rachel Tolliver at Firestarter Agency. 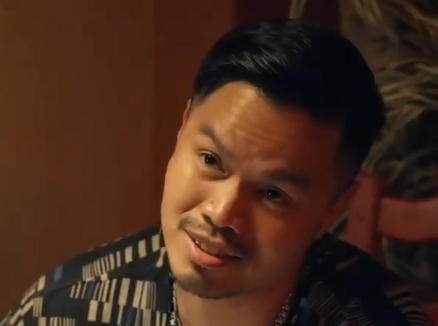