This is a very interesting show aimed at children, but it’s fun to watch for adults who like fantasy and magic as well. I enjoyed speaking with both the kid stars and these producers. Don’t miss this show’s season 3 return, especially if you have kids. 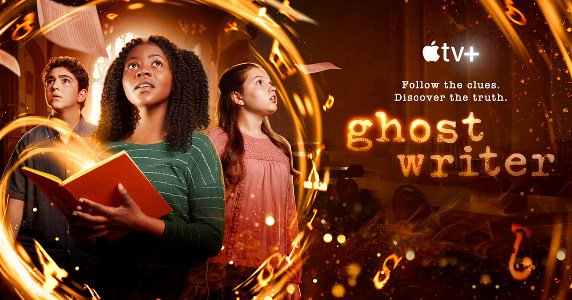 When a ghost haunts a neighborhood bookstore and starts releasing fictional characters into the real world, a group of friends work to solve an exciting mystery surrounding the ghost’s unfinished business.

The Emmy Award-winning series, which has also earned a highly coveted Prix Jeunesse Award, a Parents’ Choice Gold Medal Award and recognition from Common Sense Media since its debut, was developed for television by J.J. Johnson and Andrew Orenstein with Academy Award-winning and DGA Award-nominated Luke Matheny directing five episodes from the season. Matheny and Orenstein executive produce alongside Johnson, Christin Simms, and Blair Powers for Sinking Ship Entertainment and Kay Wilson Stallings for Sesame Workshop.