Interview with Brooke Elliott, Brandon Quinn and Danny Pintauro of “A Country Christmas Harmony” on Lifetime by Suzanne 11/7/22

This is an enjoyable movie, but I really hate the title. The big song in the movie is called “Sweet Sixteen Christmas,” so that should have been the title. Perhaps they thought it would be confusing, since there are no teens in the movie? I don’t know. But please don’t let the forgettable title deter you from watching this. It really has very little to do with country music, even though the main character, Chrissy (played so well by Brooke Elliott) is supposed to be a Nashville star.  The music doesn’t sound very countrified to me.

It was great to speak to the actors. You may remember Brooke from her previous Lifetime series “Drop Dead Diva,” or her current show, “Sweet Magnolias” on Netflix. Her co-star in the latter, Brandon Quinn, also stars in this movie with her as Luke – the guy she left behind.  Danny Pintauro is most known for his role as a teen on “Who’s the Boss” years ago. In this new movie, he’s going back into acting. He does a fine job, but it’s a fairly small role. It was interesting to hear him talk about his life and how it led to this movie. 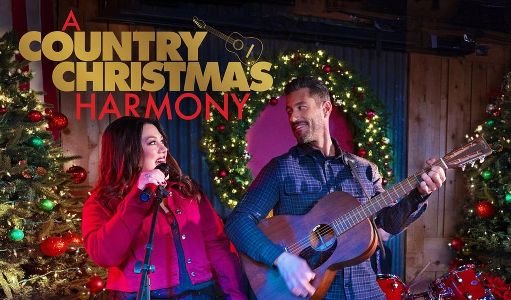 Before Chrissy Kessler’s (Brooke Elliott) meteoric rise to fame, the country music superstar was just a small-town girl with dreams of the big time. Now, with her record sales on a rapid decline, Chrissy is strong-armed by an unrelenting record executive to return to the hometown she left behind to perform a live Christmas concert. Accompanying her on this journey is her longtime supportive assistant Eugene (Danny Pintauro). Luke Covington’s (Brandon Quinn) quiet life is suddenly disrupted when he runs into Chrissy, his ex-girlfriend and former country music duo partner, who disappeared on him to pursue her solo career all those years ago. After a tempestuous rainstorm forces the ex-sweethearts to seek shelter in Luke’s ranch home, the two realize that the only way they’ll survive the holidays is with the other’s help. 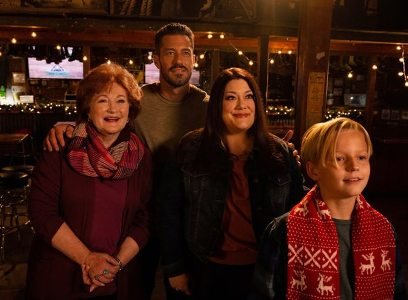