This is a fun Christmas movie with a lot of dancing. I’ve spoke with Jana before, but not Mario. It was nice to chat with them both, of course. This is a better movie than the last one I saw him in. I didn’t realize that he got his start dancing when he was very young. I also didn’t realize that he’s from Chula Vista, which is right near where I grew up! It sounds a little bit like he had a cold during the interview because he was sounding congested and drinking a lot of water. I hope he feels better!  Anyway, you should check out this festive movie. Two trailers below and then the interview. 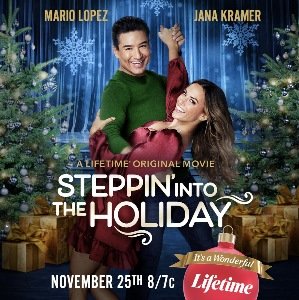 Former Broadway star Billy Holiday (Mario Lopez) returns to his hometown for Christmas after being abruptly fired as the host-producer-judge of the hit TV series “Celebrity Dance Off.”  While there, he encounters Rae (Jana Kramer), the charismatic owner of the local dance studio, where Billy’s 12-year-old nephew is her standout student. This Christmas, Rae is planning a dance recital fundraiser with the goal of taking her students to see a Broadway show in New York City. Billy volunteers to help Rae with the recital by reviving the town’s traditional Christmas Eve show, which was once a showcase for local talent. With Billy’s knack for producing and Rae’s knowledge of all things local, their collaboration clicks and romantic sparks start flying!

Cheri Oteri stars as Dallas, Billy’s high-powered, fast-talking, Hollywood agent. Dallas scrambles to find Billy work after he is fired by his boss, Wayne, played by Mario Cantone, a network executive who is equal parts charming and ruthless! Courtney Lopez , Mario’s real-life wife, also appears in the film as Joanna, the charismatic host of “Celebrity Dance Off,” who is tapped to replace Billy (her former fling) as executive producer and head judge after his popularity hits the skids.

Mario Lopez is an American actor and television host. He has appeared on several television series, in films, and on Broadway. He is known for his portrayal of A.C. Slater on Saved by the Bell, Saved by the Bell: The College Years, and the 2020 sequel series. He has appeared in numerous projects since, including the third season of Dancing with the Stars and as host for the syndicated entertainment news magazine shows Extra and Access Hollywood. He has also hosted America’s Best Dance Crew for MTV. In 2012, he co-hosted the second season of the American version of The X Factor with Khloé Kardashian, and was the sole host for the third and final season.

Jana Rae Kramer is an American country music singer and actress. She is known for her role as Alex Dupre on the television series One Tree Hill. Kramer began her musical career in 2012 and has released two albums: Jana Kramer (2012) and Thirty One (2015). The albums produced seven charted singles on Hot Country Songs and Country Airplay, including the top 10 hits “Why Ya Wanna” and “I Got the Boy”. She competed on season 23 of Dancing with the Stars, finishing in fourth place. (These two biographies are from Wikipedia) 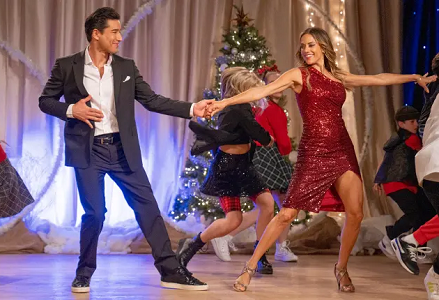