There are four movies coming up on Lifetime that they held this panel for. Each movie focus on a the real-life story of a woman who committed some crime(s). Cybil Shepherd stars in “How to Murder Your Husband: The Nancy Brophy Story.” Steve Guttenberg plays her husband, a chef. Nancy is a frustrated novelist.  In another movie, Celina Sinden plays the infamous murderer Jodi Arias in “Bad Behind Bars.” However, the star of the movie not really Jodi/Celina. It’s told from the perspective of one of her prison friends, Donavan Bering. Jodi manipulates her and another woman into doing her bidding as she awaits trial. I think these two movies were the best of the lot.. Jennifer Grey stars in “Gwen Shamblin: Starving for Salvation.” Shamblin started a weight-loss program in her church, which became its own church and cult.  Jaime King stars in “Hoax: The Kidnapping of Sherri Papini.”  Papini faked her own kidnapping and conned people out of a lot of money, playing the victim. She seems to be the most sympathetic character among all of these women.

It was a very fun press call. Usually, Lifetime will have a series of panels that go on for a few hours in a day. For some reason, they decided to have us interview all of the women from these movies together. It made it a bit more fun. Cybill Shepherd and Steve Guttenberg were particularly entertaining.

There was a problem with the video at the very beginning. 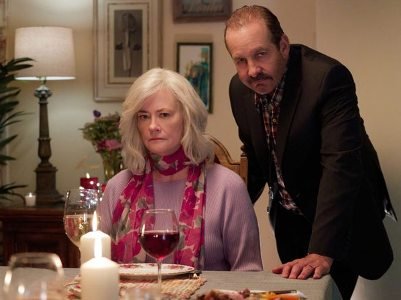 How to Murder Your Husband: The Nancy Brophy Story
Saturday, January 14 at 8p/7c

Based on a true story, Nancy Crampton-Brophy (Cybill Shepherd), seemed to have a knack for writing about murder. The Portland-based romance-thriller novelist authored books about relationships that were tumultuous, while using seductive men on the covers to lure in her readers. Often, her books featured women protagonists who fantasized about killing their own husbands or fleeing their husbands and faking their own deaths. And then, in 2022 in a shocking turn of events, Brophy was convicted of killing her own husband (Steve Guttenberg).

How to Murder Your Husband: The Nancy Brophy Story is produced by Front Street Pictures and is being distributed by Sony Pictures Television. Judith Verno through Peace Out Productions serves as executive producer. Stephen Tolkin directs from a script which he penned. 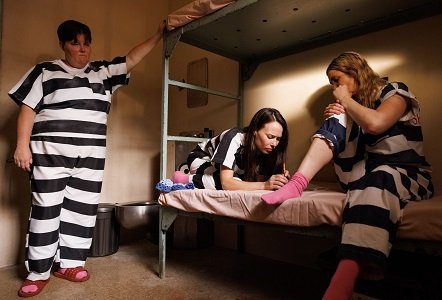 Premieres Saturday, Jan. 21 at 8/7c and Stream Next Day

In this follow-up to one of Lifetime’s most successful true crime movies, Jodi Arias: Dirty Little Secret, we will see a whole new side of the infamous murderess and the story that has captivated the world for nearly a decade. Celinda Sinden stars in the new movie, Bad Behind Bars: Jodi Arias as Jodi, who has just been arrested and sent to prison while she awaits trial for murdering her boyfriend, Travis Alexander. When she arrived in jail, Jodi charms her way through prison and befriends a couple, Donavan Bering and Tracy Brown. The three inmates became inseparable, Donovan and Tracy doing anything and everything Jodi asked — even letting the murderess tattoo her name on one of them. Donovan was released from prison as Jodi’s trial drew near and agreed to be Jodi’s mouthpiece, posting on her social pages and defending her friend to the world. But when the details of the case and Jodi’s story were no longer adding up and Donovan refused to continue to do her former friend’s bidding, Jodi’s vengeful side emerged. Stars Celina Sinden, Tricia Black, Lynn Rafferty, Karl Campbell, Adesola Adesina, Michelle Haffey, Christine Noble, and Maggie Cassella (2023). 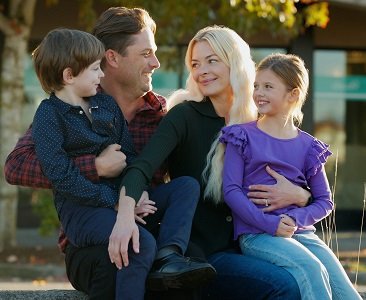 Hoax: The Kidnapping of Sherri Papini
Saturday, January 28 at 8p/7c

Jaime King stars as Sherri Papini in the film about the nation-wide, shocking story of a young mother of two, who disappears while jogging near her home, leading to national headlines as concerned citizens searched for her whereabouts. When she reappeared three weeks later on Thanksgiving Day, Sherri claimed she was abducted by two Hispanic women who chained and repeatedly abused her. While Sherri’s return was celebrated, the state never stopped searching for her kidnappers. Four years later, Sherri’s world came crashing down as evidence revealed her kidnapping was all a hoax perpetrated by Sherri herself to spend time with her ex-boyfriend. Sherri was arrested and ultimately sentenced to 18 months in prison for lying to federal agents, creating hysteria in the community and wasting police time and funding with her nearly successful, elaborate scheme. Matt Hamilton (Girl in Room 13) stars as Sherri’s devoted husband, Keith.

Hoax: The Kidnapping of Sherri Papini is written by Katie Boland is executive produced by Tim Johnson, Stacy Mandelberg and Jocelyn Freid and directed by Marta Borowski 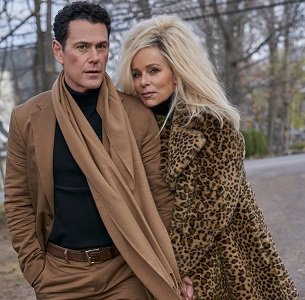 Gwen Shamblin: Starving for Salvation
Saturday, February 4 at 8p/7c
Jennifer Grey stars as the controversial religious leader and Christian diet guru who positioned herself as God’s prophet and preached the virtues of being thin in the new Lifetime original movie, Gwen Shamblin: Starving for Salvation. As the founder of the Tennessee-based Remnant Fellowship Church and the Weigh Down Workshop – a massively successful Christian-based diet program that preached the virtue of a slim waist and the power of prayer for weight loss – Gwen Shamblin Lara was a rare woman to lead a Southern megachurch. As her church grew across the nation, so did her iron-fisted grip as its leader— accumulating power and money, while creating a larger-than-life public persona with dramatically teased and towering hair. At the peak of her power and influence, Gwen demanded that church members alienate themselves from anyone who was not a member, banished those that became overweight, threatened legal action against dissenters, and advocated for strict punishment of those who failed to follow church tenets. But Gwen’s reign suddenly came to a tragic end in May 2021, when the plane that her husband Joe was flying crashed shortly after takeoff, killing Gwen, Joe, their son-in-law, and four other Church leaders. 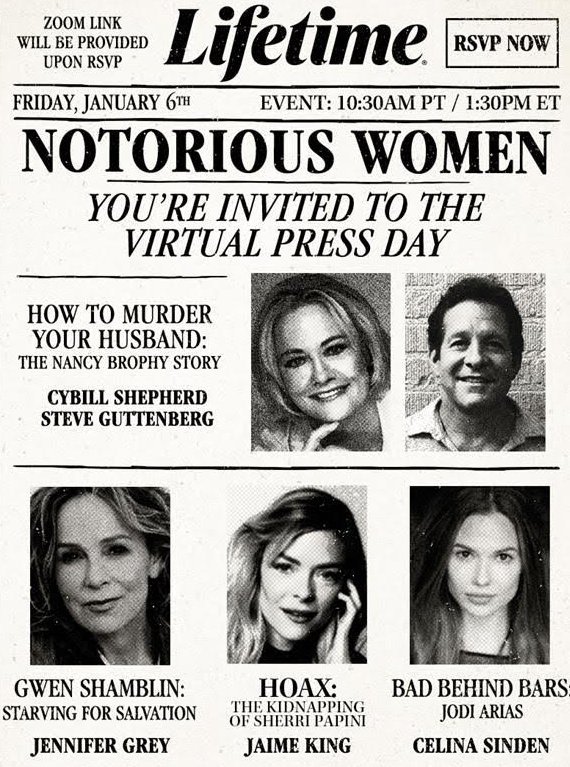