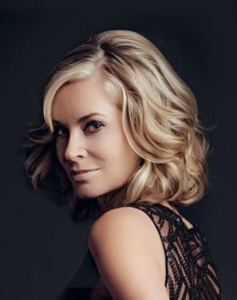 Ashley Abbott is the biological daughter of Dina Mergeron and Brent Davis. She grew up believing that her biological father was John Abbott, and she did not find out the truth until she was an adult. The decision was made not to tell John, and he died never knowing Ashley was not his biological child. Ashley and John were very close. He doted on her and nicknamed her “My beauty.” Ashley had a more strained relationship with Dina, who left the family to start a new life in Europe, when Ashley was eleven, and didn’t return for over a decade. Things with her mother became more fractured when Ashley learned that she was the result of one of Dina’s many affairs. Dina returned to Genoa City in 2017, because she wanted to reconnect with her family after learning of her Alzheimer’s diagnosis.

Ashley is very competitive, a hard worker and a proud Abbott. She spent a lot of time vying with Jack over control of Jabot. When Jack thought he was at risk of losing to Ashley, he revealed that he’d written a clause into the company by-laws preventing non-blood Abbotts from being CEO. Ashley was devastated and furious that Jack would do this to her. She tricked her mother into believing that Jack was not a biological Abbott either, then she arranged for this false story to be publicly revealed to humiliate Jack and show him how it felt. Eventually, Ashley learned that Dina talked John into giving Ashley ownership of all the patents for the products Ashley created, as the Jabot chemist. This went a long way toward healing Ashley’s relationship with her mother.

When the truth came out about what Ashley had done to Jack, she took her patents and moved to Paris to start her own cosmetics company, called My Beauty. This left Jabot scrambling to create new products to sell. She later renamed her company Abbott Exchange. As time passed, Ashley and Jack reconciled, and they merged Abbott Exchange with Jabot. Ashley resides in Paris, but she returns to Genoa City often for family events and to spend time with her mother, who is on the verge of succumbing to Alzheimer’s.

Ashley has a daughter, Abby with Victor. Her siblings are Jack and Traci Abbott. They are legally full siblings, but because of Ashley’s paternity, they are biologically her maternal half-siblings. She also has a maternal half brother Eric Vanderway, and a paternal half brother Billy Abbott. Though Ashley and Billy don’t share blood, they share a sibling bond.

Her nieces and nephews are Keemo and Kyle, through Jack, Colleen, through Traci, Theo, through Eric, and Delia, Johnny and Katie through Billy. 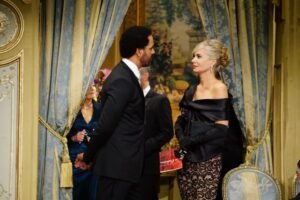