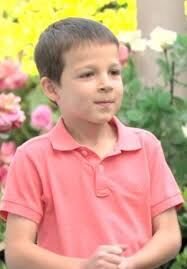 Christian has been described as a happy child, in spite of all the upheaval and revolving door of parental figures.

Christian had a complicated start in life. He’s the biological son of Adam Newman and Sage Warner Newman, but at birth, most people thought that Nick was his biological father. Sage had a DNA test while she was pregnant. Adam bribed the lab tech to say that Nick was the father. At the time, Adam had faked his death and had lead most of the town to believe his name was Gabriel. Victor knew Adam tampered with the results. Victor thought Adam didn’t he want the lab tech running the paternity test to notice he and Nick were related, which would blow his cover. Adam had been growing closer to Chelsea, under his Gabriel persona, and he feared that having a child with another woman just as they were connecting would jeopardize the connection he was building with Chelsea.

Christian was born prematurely, and Sage and Nick were told he died, but he was actually alive and well and being used in as a pawn in a revenge plot against Nick. Sandy Allen was a classmate of Sharon and Nick’s. As teens, she and Nick were hanging out, when he dared her to dive into a swimming pool from the roof. Sandy accepted the challenge and was paralyzed from the neck down as a result. Victor paid the family off, and Sandra disappeared from everyone’s lives. She made a full recovery and resurfaced as a psychiatrist working in Fairview and going by Sandra Anderson. Sharon checked into Fairview after a miscarriage that she was hiding from everyone except Mariah. She hoped to get pregnant again before anyone found out. Sandra found out about this and put her plan into motion. She lead Sharon to believe that she’d gotten pregnant again, and she kept her drugged and isolated so that no one would find out the truth. She tricked everyone into believing that Sharon gave birth, and she presented her with Christian.

Sharon and Dylan took “their” baby home and named him Sullivan. They raised him for months. Adam was seemingly killed in a cabin explosion, never knowing his son was alive. Prior to this, he’d come clean to Chelsea about Christian’s paternity. Sharon learned that Sully was truly Christian, but she couldn’t bear to lose the boy, so she hid the truth. Sage found out, and she confronted Sharon, but she was killed in a car accident before she could tell anyone else. Eventually, Nick learned the truth, and he took “his” son from Sharon and Dylan.

Chelsea told Phyllis that Adam was Christian’s father, and the information got back to Sharon. Sharon felt that she owed Nick the truth, even if it hurt, so she let him know. Nick was crushed, but he still saw Christian as a son. It turned out that Adam was not dead, and when he returned, he fought for custody of Christian. The judge was unhappy with Nick and Adam’s behavior, and Christian was temporarily placed in Victoria’s care. During a court ordered visit, Adam told Christian that he was really his father. Christian was too young to understand, and he thought Adam was making a joke. In the end, Adam withdrew his petition for custody, and Christian went back to Nick. 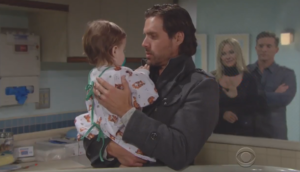