These make great gifts for your favorite TV or movie fan and helps out our site!

The Big Bang Theory: Season 11 Leonard and Sheldon are brilliant physicists – geniuses in the laboratory but socially challenged everywhere else. Enter beautiful, street-smart neighbor Penny, who aims to teach them a thing or two about life. Despite their on-again, off-again relationship in the past, Leonard and Penny have finally gotten married. Even Sheldon has found a female companion, entering into a “relationship agreement” with neurobiologist Amy Farrah Fowler, and he recently took their relationship to the next level by proposing marriage. In their free time, Leonard and Sheldon enjoy fantasy role-playing games with their ever-expanding universe of friends, including fellow scientists Raj, Howard and Howard’s adorable microbiologist wife, Bernadette, who is adjusting to life 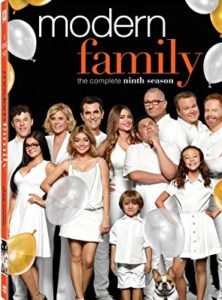 with their new baby girl.

Modern Family: Season 9  Telling the story of three generations of the Pritchett clan, centered around Jay (Ed O’Neill) and his kids Claire (Julie Bowen) and Mitchell (Jesse Tyler Ferguson), and their respective families, Modern Family was, for all intents and purposes, an instant hit with critics and viewers (earning five Best Comedy Emmys in its first five seasons.) A single-camera sitcom without a laugh track, this mockumentary series (complete with talking head interviews with the family) blends together three types of relationships and the good times and struggles that come with them, with a heaping helping of heart, to create a genuine feel-good show with a good amount of 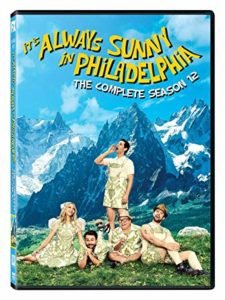 Community is a smart, exuberant comedy that was consistently ranked as one of the most inventive and original half hours on television. This ensemble comedy centers on a tight-knit group of friends who all met at what is possibly the world’s worst educational institution – Greendale Community College.
Recently disbarred lawyer Jeff Winger enrolls to get a legit degree the quickest and easiest way possible, but when he starts a fake Spanish study group solely for the purpose of hooking up with a sexy classmate, he doesn t expect to be joined by a random group of misfit fellow students. Over the course of the next 6 years, this group finds themselves involved in epic paintball battles, chicken finger conspiracies, sci-fi conventions, campus-wide pillow wars, and everything in-between. In the process, they become so much more than just a study group…they become a family.
“Community is mercilessly snarky and also surprisingly charming” – Alessandra Stanley, The New York Times 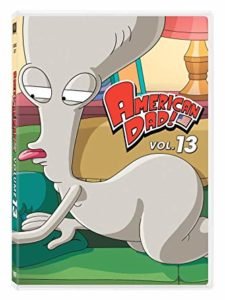 American Dad! Volume 13 Celebrate the wit, wisdom and wild absurdity of your favorite all-American family with this all-new collection of American Dad! Episodes. Crammed with celebrity guest voices including Susan Sarandon, Jennifer Coolidge, Alfred Molina, Allison Janney, and Danny Trejo, this sidesplitting assortment finds Stan shooting his mouth off in the Old West, Francine transformed into a sexy super-spy, Steve spellbound by a book of witchcraft, Jeff reborn as a full human, and Roger having a very fishy affair…with Klaus! 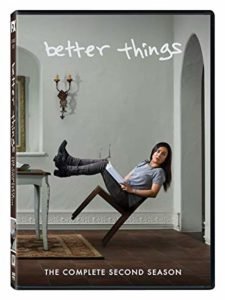 Better Things: The Complete 2nd Season BETTER THINGS centers on Sam Fox (Pamela Adlon), a single, working actor with no filter raising her three daughters, Max (Mikey Madison), Frankie (Hannah Alligood) and Duke (Olivia Edward) in Los Angeles.She’s mom, dad, referee and the cops. Sam also watches out for her mother, Phil (Celia Imrie), an English expatriate, who lives across the street. Sam is flawed and fierce with her love for her daughters, and her own mother as well, sometimes heaping the love on when 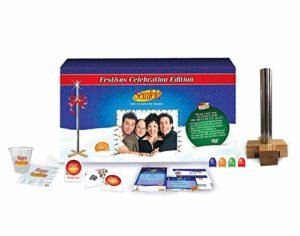 she feels guilty. Sam’s just trying to earn a living, navigate her daughters’ lives, have fun with a friend or two and also – just maybe – squeeze in some private time once in a while. Adlon directed all 10 episodes of the second season. BETTER THINGS won a Peabody Award in 2016 for its first season.