Interview with Shawnee Smith and Dean Winters of “Christmas Vs. The Walters” – in theaters now by Suzanne 10/28

This movie is very funny and warm – great for the holidays! These two fine actors play the husband and wife of the Walters family. Shawnee is the main star of the film, but she has a wonderful cast surrounding her. Go see the movie because you’ll enjoy it! We had a fun chat here. I hope you like it as much as I did.

Suzanne:   So, when was the movie filmed, and how long did it take? Either of you?

Dean:   Yeah. It was about a three and a half week shoot, and we shot it in Long Island and Melville. It was a real run and gun production, and we were able to capture the atmosphere of Christmas on Long Island. We just had a really, really good time shooting this film. I had been a massive fan of Shawnee’s for years and had a big crush on her. And when I met her, I melted. So, it just kind of added to the joy of making a film. She’s very easy to work with, and the film is really her film. So, we were all there to support Shawnee, and Shawnee is just, I mean, she’s just one of the really good ones, you know?

Shawnee:   Oh, what a good husband, right? I love him.

Suzanne:   I watched it yesterday, and I enjoyed it. It was it was funny, and it made me cry in one part.

Shawnee:   Right, I watched it. I watched it on my phone with my headphones late at night. The kids were all sleeping. I woke them up laughing. I was laughing out loud. I cried. I thought, you know, we’re not going to win any awards, but like, grab your family and go to the theater and have a ball. It sets a good tone for the rest of the holidays.

Suzanne:   It does. And you two seem very natural as a husband and wife. Did you do anything beforehand and sort of get to know each other better to prepare for that?

Shawnee:   We got married and pregnant.

Shawnee:   Now we have three kids, because we are method actors.

Dean:   No, we actually met the day before filming, and it was just very, very natural. You know, good casting.

Suzanne:   You could tell. There’s a great cast anyway. I mean, you had so many great character actors.

Shawnee:   The cast just kept filling out and filling out. I was like, “Who’s playing my doctor?” I mean, it was like, just when you thought it can’t get any better, you know, and then down to our ingenue, Paris Bravo plays our daughter, who’s amazing and a badass triple Black Belt. I mean, she’s like a future action star.

Dean:   Then, you have guys like Richard Thomas, and Bruce Dern and Chris Elliott. I mean, they really filled the room with great character actors, and it just kind of adds to the atmosphere.

Suzanne:   What was the both the best and worst, or most challenging things about making the movie?

Shawnee:   Definitely the most challenging was filming during COVID protocol. Rehearsing with masks on is just different. You can’t really rehearse like that. I mean, you do the best that you can, but all the windows and doors are open for ventilation, and it’s November. In November in New York, in Long Island; you’re freezing. God love the crew; they were masked up all the time, and we were testing every other day. Far and away that was the most challenging. Everything else was pretty easy.

Dean:   Yeah, we were one of the first movies to actually shoot during COVID. So, I think last October is when films really started to kind of dip their toe in the water again. So, it was a real[ly] new experience for everybody. So, that was the most challenging part. The fun part was just, we all just love each other very much. So, working with each other was really a no brainer, and that chemistry, you know, in real life, I think kind of parlays on screen.

Suzanne:   And [Shawnee], do you actually get stressed out at all on Christmas?

Shawnee:   Oh, listen, of course! I’m a mother. There’s so much pressure to be a family, have a meal, and then the presents, and you’re like, “We’re gonna keep it simple this year.” Somehow, Christmas Eve, just the momentum of the thing builds up, and it’s like that tension is just a fun thief, you know? Like, the fun part of Christmas Vs. the Walters is that circumstances all around just break everybody down to the point where they just let go of the reins, and then everyone exhales and starts to have fun together, you know, take the pressure off. So, I think my good technique for taking the pressure off this Christmas will be just put on your pajamas and go to the theater and watch Christmas Vs. the Walters.

Suzanne:   And Dean do you get most recognized for that Mayhem commercials or for a show you a movie that you did?

Suzanne:   Well, you do such a good job of it. I hate your character. I hate those commercials – not that guy! But I like you, and I loved you in Law & Order: SVU.

Suzanne:   Anything else? We’re almost done… anything else you’d like say about the movie?

Dean:   I think that this movie has a tone for a Christmas film that I haven’t seen before. Every great Christmas film has its own tone, whether it’s Elf or Scrooge or It’s a Wonderful Life, whatever, and this movie has a different tone to it, and I think that’s what is going to hopefully make it have its own little kind of special niche. It’s really just a lovely film about showing you what’s important, which is usually right in front of your face.

Suzanne:   Thank you guys. I really appreciate you taking the time to talk to me. 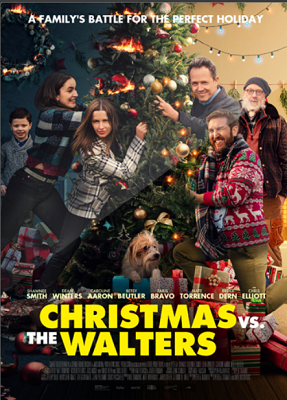 Diane Walters, an over-burdened mother of two with a third child on the way, strives to create the perfect Christmas while her loving but dysfunctional family falls apart around her.

DIRECTED BY: Peter A. D’Amato

WRITTEN BY: Peter A. D’Amato and Ante Novakovic

Dean Winters is an American character actor. He is known for his role as Ryan O’Reily on the HBO prison drama Oz and had roles in TV series Rescue Me, 30 Rock, Sex and the City and Law & Order: Special Victims Unit, as well as portraying “Mayhem” in a series of Allstate Insurance commercials. He co-starred in one season of the CBS Network cop drama series Battle Creek and had a recurring role as the Vulture on the comedy series Brooklyn Nine-Nine.

Shawnee Smith is an American actress and singer. She is known for her portrayal of Amanda Young in the Saw franchise and for starring as Linda in the CBS sitcom Becker (1998–2004). She co-starred as Jennifer Goodson, the ex-wife of Charlie Goodson on the FX sitcom Anger Management (2012–2014). In addition to acting, Smith once fronted the rock band Fydolla Ho, with which she toured globally. Later, with actress Missi Pyle, she served as half of Smith & Pyle, a country rock band. 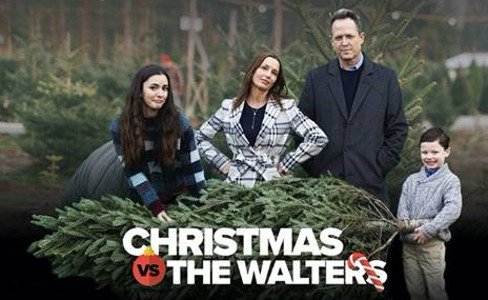