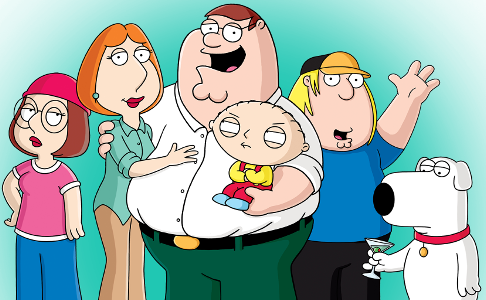 Peter Griffin is the head of the Griffin family of Quahog, Rhode Island. He is a working class guy… not very mature or bright.   He often runs off on some wild chase or scheme.  He loves beer and hanging out with his friends at the local bar, The Drunken Clam.

Lois Griffin is married to Peter and the mom of their kids. She has a little more common sense than he does, but she’s not a very warm person (especially when it comes to her kids). She and Peter bicker a lot but love each other.

Meg Griffin is the oldest child. No one seems to like her (including her family). Her family bullies or ignores her. She’s a bit odd and definitely “a nerd.” Sometimes the family jokes that she’ll be a lesbian in the future.

Chris Griffin is a teenaged boy. He’s not very smart and seems emotionally stunted. He’s obsessed with girls, like most teens. Sometimes he speaks as if he’s actually a lot smarter. He loves to play video games.

Stewie Griffin is the baby of the family, but he’s really an evil genius. There are many jokes about him being gay (and in the closet).  Sometimes he acts like a regular child, and other times he seems very far advanced. He has most of the best jokes on the show. Brian is his best friend. They have adventures together. Stewie likes to try to kill his mom and also build time machines.

Brian is the family dog, but he can speak and is fairly smart (not as smart as he thinks he is). He likes to read (or at least, pretend to read), write and sip Champagne. He dates humans as well as dogs.  He tries to keep Stewie out of trouble. Brian has a big crush on Lois but is also Peter’s best friend (and Stewie’s as well).  He and Quagmire hate each other.

Joe Swanson is Peter’s next door neighbor. He’s in a wheelchair but is also a police officer.  He has an offbeat sense of humor and is usually cheery not matter what. He, Peter, Quagmire and Cleveland hang out at the local bar. He’s married to a woman, Bonnie, that doesn’t treat him very well.

Glenn Quagmire is Peter’s other next door neighbor. He’s a pilot who’s obsessed with sex and bedding as many women as he can. Like Brian, he has a huge crush on Lois. He and Brian hate each other. He thinks Brian is a big phony. His favorite sayings are “all right” and “giggity giggity.”

Cleveland Brown lives across the street from Peter. Whenever there’s a terrible thing that happens in the neighborhood, Cleveland’s house is usually destroyed, with him in the bathtub and falling out of the house. He’s a mail carrier. His wife is Loretta, and they have two children. There was a spinoff of his family, “The Cleveland Show.” 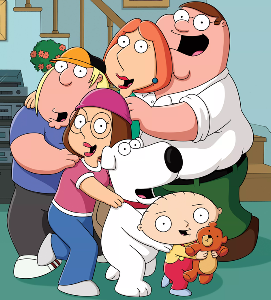 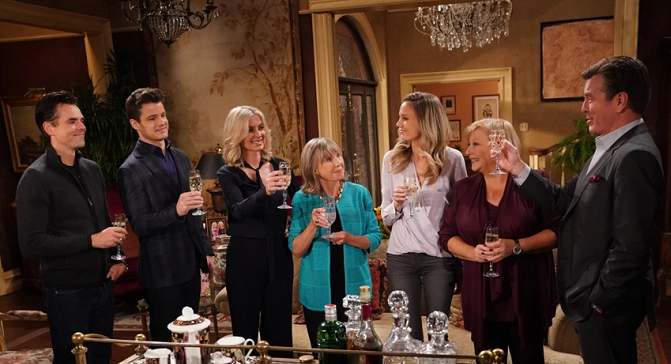 Characters From The Past

The Faces of Kevin Fisher played by Greg Rikaart, written by Christopher 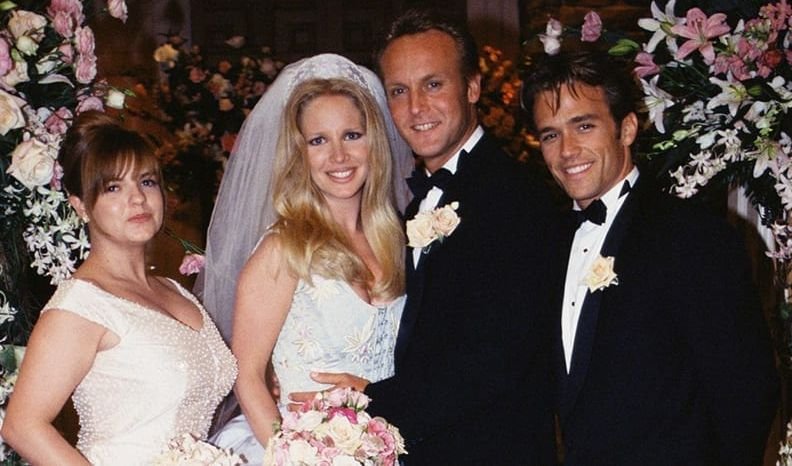 
Back to the Main B&B Page