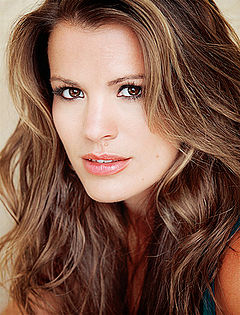 While Billy Abbott was in Myanmar, he met a bartender/con artist named Chelsea Lawson.  Seeing that Billy was very drunk, Chelsea seduced him.  Months later, she showed up in Genoa City pregnant with Billy’s baby.  She accused Billy of rape but confessed it was a con, not knowing she was being recorded.  When Chelsea gave birth to a baby boy, she gave up her parental rights.  Billy and Victoria named the baby John and are raising him as their own.

Chelsea befriended fellow outcast, Adam Newman.  He resisted her at first, but finally gave in to his feelings and they started a friendship, then romance, then he proposed marriage.  The couple went back to Adam’s childhood home in Kansas.  Adam’s ex-wife, Sharon Newman, followed them there.  On their wedding day, while Adam was in the shower, Sharon called his phone and Chelsea saw, making her feel insecure.  She had no reason to worry.  Adam told Sharon to leave, that he loved Chelsea.  Going back to Genoa City to live their lives, Adam bought Genevieve Atkinson’s mansion, and Chelsea and Adam decided to start a family.  Chelsea became pregnant and, to get away from stress and Newman drama, the couple decided to go on a “babymoon.”  However, on the way to the airport, they were involved in an automobile accident with Adam’s niece, Summer Newman, and Chelsea lost the baby.

Chelsea is the daughter of Jeffrey Bardwell and Anita Lawson.  She got her talent for conning from Anita. Jeffrey wasn’t in Chelsea’s life growing up.  Both Jeffrey and Anita would like a relationship with Chelsea, but she suspects it is because she is a Newman. 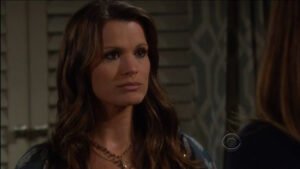