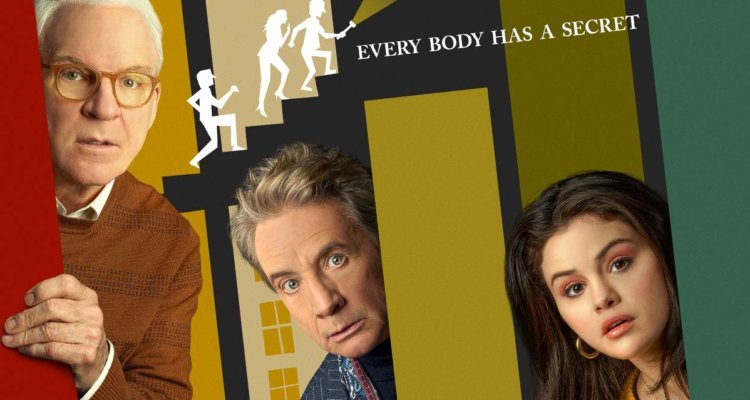 HULU invited me to their Summer TCA Press Tour. I really enjoyed all five panels I attended, but this one was my favorite because it was the best show of the bunch.  I really loved it — It’s funny and has an intriguing mystery drama as well as an excellent cast.

I grew up watching Steve Martin (“Father of the Bride” and “Pink Panther” movies) and Martin Short (“Schmigadoon!”) on TV and in the movies (especially on “Saturday Night Live” and “SCTV” while I was in high school). It was quite an honor to see them via Zoom and to be able to speak with them (albeit briefly). Singing sensation/actress Selena Gomez is also a huge star. Even I’ve heard of  her, and I’m not in the key demographics of her fans. They all do a wonderful job on this show.

“Only Murders In the Building” is about a murder that happens in a large New York City building where these three (and many others) live. They start trying to solve the murder and make a podcast out of it. Steve Martin plays a quiet, former TV actor, Charlie.  Martin Short plays a chatty, washed-up Broadway director, Oliver.  Selena Gomez plays a young woman, Mabel, who’s renovating her aunt’s apartment. None of them have a lot of friends, but of course they do have a lot of secrets, which makes things even more interesting.

Other members of the cast include Nathan Lane, Sting, Aaron Dominguez, and Amy Ryan.

Unfortunately, they didn’t let us record the interview, so I can’t share it with you. It’s a shame because Martin and Short were really hilarious (as you might expect). The panel included actors and executive producers Steve Martin, Martin Short, Selena Gomez, along with executive producers John Hoffman and Dan Fogelman. Steve Martin is also credited as co-creator and wrote one of the episodes. Dan Fogelman created “This Is Us” and writes that show as well.

In the show, Nathan Lane and Martin Short have many funny exchanges. In one of them, Oliver is trying to convince Lane’s character that he should invest in their podcast. Oliver says something about how he was young the last time he lost his money, so Lane’s character retorts, “You were 58!” and then a little bit later, Oliver says again that he was young, and Lane’s character points out, “You were pushing 60!”  Now, I laughed at that, even though I’m turning 60 later this year. So, when they let me ask my question of the panel, I told them that I forgive them for making 60 seem old… I was very pleased when they laughed at my joke. I’ve made two amazing, legendary comedians laugh, so now I can die. There’s probably nothing in my life that will top that! 😉

I also asked Gomez about acting in the show, which is her first adult TV series. I asked her to compare this one with her old Disney shows, such as “Hannah Montana” and “The Wizards of Waverly Place.” She said that she couldn’t compare them because back then, she was just so young and had no idea what she was doing. Now she just tries to soak up as much as she can from these great actors, like a sponge.

I was going to make a joke about how we had two of the “Three Amigos!” together again, but someone else mentioned that movie, so I didn’t bother.

Steve Martin revealed that he is a fan of “true crime” shows, and that’s part of how the show was created. Martin Short said that he enjoyed how different the three of them were. They had “different energies” because he generally plays it very broadly, and Steve Martin is very understated, and Selena Gomez has a very dry delivery. They were very excited to get the many stars they have, such as Sting, Amy Ryan and Nathan Lane. Martin Short also disclosed that Sting did some ad-libbing in his scenes in the elevator with Short’s character, Oliver.

On a serious note, Martin and Short complimented each other when answering the question about how they work so well together after all these years. They said that neither one is neurotic, and they’re not competitive with each other. Gomez praised their type of comedy, which is not very dark or or crass (like a lot of humor today). She also admitted that she’s not sure if she’s a very good actor, saying “I have to be honest, I don’t know if I’m a good actor. I just do my job. And I just really hope that I can live up to, you know, these incredible people.”  Steve Martin disagreed with her on that: “When Selena’s on screen, the show is suddenly elevated. It’s more mysterious, it’s more interesting. There’s an old cliché, the camera loves her. And I would say the camera likes me, and it’s fine with Marty.”

Martin and Short have been together for a long time as friends and co-workers. They have a comedy tour and were thinking of doing another movie when this project came up. They’re thrilled to be doing it again. Short called it, “A delightful surprise.”  It definitely is that for those of us watching this great show.

Synopsis: From the minds of Steve Martin, Dan Fogelman and John Hoffman comes a comedic murder-mystery series for the ages. “Only Murders in the Building” follows three strangers (Steve Martin, Martin Short and Selena Gomez) who share an obsession with true crime and suddenly find themselves wrapped up in one. When a grisly death occurs inside their exclusive Upper West Side apartment building, the trio suspects murder and employs their precise knowledge of true crime to investigate the truth. As they record a podcast of their own to document the case, the three unravel the complex secrets of the building which stretch back years. Perhaps even more explosive are the lies they tell one another. Soon, the endangered trio comes to realize a killer might be living amongst them as they race to decipher the mounting clues before it’s too late.

Credits: “Only Murders in the Building” hails from co-creators and writers Steve Martin and John Hoffman (“Grace & Frankie,” “Looking”). Martin and Hoffman will executive produce along with Martin Short, Selena Gomez, Jamie Babbitt, “This Is Us” creator Dan Fogelman and Jess Rosenthal.

Premiere Dates Revealed for ‘Dopesick,’ Second Seasons of ‘The Great’ and ‘Animaniacs,’ as well as the Fall Foodie Lineup of Unscripted Series—Including ‘Baker’s Dozen,’ ‘The Next Thing You Eat’  and a Special Holiday Edition of the Award-Winning ‘Taste The Nation,’ Debuting Thursdays

The company also announced a series order for the new Hulu Original comedy series “This Fool,” inspired by the life of up-and-coming comedian Chris Estrada, in which he will also write, star and executive produce. Additionally, the highly successful Hulu Originals true-crime collection expands with two new titles announced today—documentary “Dead Asleep” from award-winning director Skye Borgman and “Captive Audience,” a docuseries which explores the evolution of true-crime storytelling through the lens of one family’s journey.

“Breaking out new and distinct voices continues to be a hallmark of Hulu Original programming, and we are incredibly excited to add Chris Estrada to our roster of multihyphenate creators and to bring ‘This Fool’ to our viewers,” said Craig Erwich, president Hulu Originals and ABC Entertainment.

Adding, “Looking ahead, we could not be more proud of the lineup of event series coming to Hulu through the end of the year and beyond. Led by the debut of ‘Nine Perfect Strangers’ from the brilliant David E. Kelly and a truly all-star cast, and ‘Only Murders in the Building,’ which marks a return to television for Selena Gomez and two comedic giants—Steve Martin and Martin Short—as well as the incredibly timely ‘Dopesick,’ the return of acclaimed comedy series ‘The Great,’ and a rapidly expanding slate of conversation-worthy unscripted series and documentaries, Hulu viewers will have access to many of the best shows coming to television this fall.” 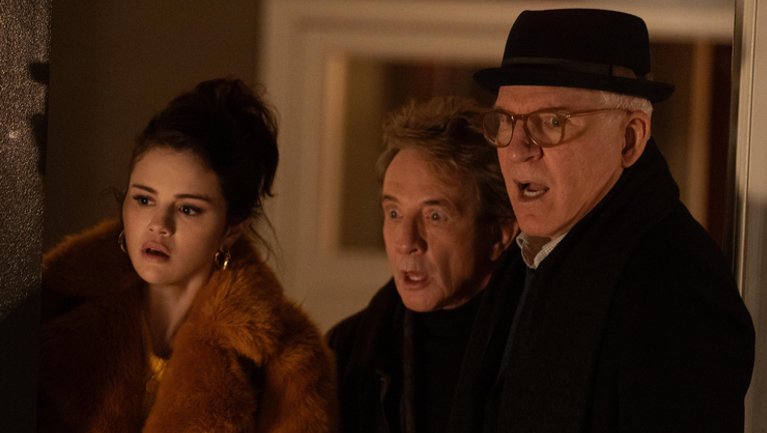