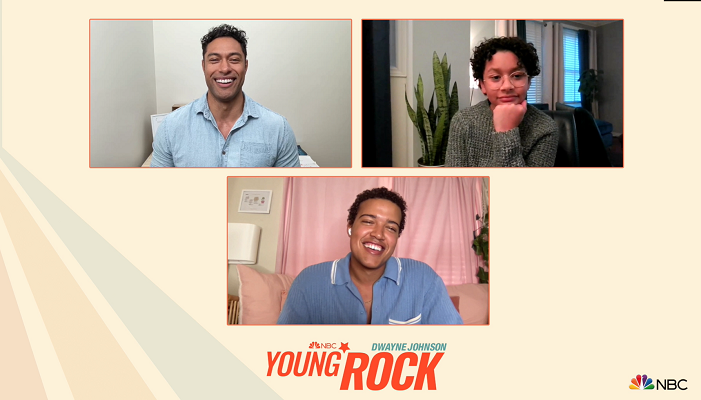 Speaking with these three young men was almost like talking to “The Rock” himself! They were a lot of fun to chat with. I especially enjoyed hearing about Uli and Bradley’s workouts.  Don’t miss the Season 2 premiere 3/15!

Jamie: Bradley, I love the dynamics between teenage Duane and Ata. Talk about what we will be exploring in their relationship this season.

Bradley: Oh yeah. That’s– I will agree with you. I love that relationship just as much. Coming back this season, I was really hoping to have more scenes that would show that special dynamic between Dwayne and his mom because me and my mom are so close and she’s always been there for me and that’s always been kind of a staple in me becoming who I am, and this season, it really opens up a lot more in my timeline, especially, Dwayne really leaned on his mom. When things were really hard, she was always there for him. When he was lost, she always found them and kind of kept them moving forward and always staying positive. And this season, there’s a lot more of that.

Jamie: Uli, Stacy mentioned that she’ll be getting to work more with you this season as well because you’re more grown and you’re exploring the older aspects of Dwayne a lot as well. And she noted that 20-year-old Dwayne also butts heads a lot with hi mom as well. And it’s hard to parent from far away, you know, you’re in Miami at this time. What did Dwayne talk about with you about their relationship as far as mother and son being so loving and so close, yet being so far away at this point in their lives?

Uli: Yeah, we didn’t actually– Dwayne and I didn’t actually hit on anything with that for this season. But I always knew from the outset, from season one, that their relationship was really really close… is really, really close. The distance thing for me… it doesn’t matter where– Dwayne could be across, you know, the other side of the world and Ata could be on the other side, you know, as they are often at times. But they’re so close, they’ll be on the phone with each other. And that’s the same thing that happens now in our show. It’s like, they’re never far from each other at all. Ata is always checking in or, [saying] “Have you done this? We’ve done this, we’ve done this. Have you received this package?” or whatnot. And I think that’s how a mum is, you know? My mum was always checking up on me, or [asking] why wasn’t I at home at particular time. Um, let’s not get into that…

Uli: But that’s what moms do. We’re their babies. So with Dwayne and Ata, it’s no different,

Stephanie: So, um, Adrian, one of my favorite parts of the show is the relationship between young Dewey and Andre the Giant. Is that something we’re going to get to continue to see more of in season two?

Adrian: I definitely agree with you. That is definitely one of my favorite aspects of my character’s scenes. And we will get to see a little bit more of Andre and Dewey having some fun.

Stephanie: And, Uli, you’re up to the point where The Rock becomes The Rock. Did you have to learn how to wrestle to play The Rock as he learned how to wrestle.

I did. And we don’t actually jump straight into Dwayne becoming the rock. Obviously he had a quite a bit of a transition from when he stopped playing football. So it was almost like it was parallel with my own learning of how to wrestle. In the storyline Dwayne is learning how to get everything down pat, and so was I, as an actor. So I learned, but I loved it. I grew up playing football, uh, Rugby Union here in Australia. So the contact was– I just felt in my element and, uh, and took to it pretty quickly. So… So, uh, you know, we’ll see… we’ll see if the wrestling fans agree.

Stephanie: We always hear stories from young wrestlers about when they took their first bump. So what was that like for you?

Uli: Oh my gosh. Let’s just say a few crash mats. It was, uh, yeah, it was tough. It’s not as easy, and I will say this, you know… I think the general perception outside of wrestling fans is that it’s all make believe, but I guarantee you, the hits are real. And your body.. We ended up shooting 13-hour days. And then at the end of those 13 hours, come and rehearse wrestling. So your body feels it, and full credit to everyone who gets into the squaredd circle, as they say.

Stephanie: And, Bradley (and for everyone), you guys all got to actually work together in the Christmas episode. Is that something you’d like to do more of in other, maybe special episodes?

Bradley: Oh, are you kidding me? I would love that. There’s so many, like, fun ideas you can think of. You could do, like, a Halloween episode. I would love to do a musical episode. We can all be in something like that. That’d be pretty cool.

Bradley: I know that the opportunities are endless. I’d love to do it.

Uli: We pitched it, by the way.

Bradley: Yeah, we pitched it.

Uli: So Joseph Lee Anderson and I (sorry, I don’t know if we have time for this, but) were singing backstage, and just fooling around. And then, uh, Brian Goatz, who’s the producer from Seven Bucks (Production) was there, and he started recording. And then sent it to DJ. So I dunno if that’s, you know, potentially, we could have a [musical] “Young Rock.”

Bradley: And they can both sing… just about everyone on this show can actually really sing. You know what? Let’s go for it.

Moderator: Okay. Next we have Thane with The TV MegaSite.

Thane: Bradley and Uli, do you spend a lot of time working out? How much time per week?

Uli: I’ll take this one. Uh, I train maybe five days, depending, five days a week. I really enjoy staying in shape and going to the gym and working out. It helps me quite a lot. Um, so yeah, so I mix up weight training with, um, Very little cardio. So that’s what I that’s what I like to do.

Bradley: During filming, me and my buddy, Michael, we would.. we’d go to the gym every morning at 3:00 AM. And that was the first time I’ve ever been that religious about it. Like this season, it was probably the most I’ve ever worked out in my life. I really enjoyed it. And it’s, like, it’s followed me ever since. So it’s about six, seven days a week now. I’ll take off and do… I’ll do more cardio because I like it. (Laughs)

Thane: Did you have to work hard to try to act like The Rock? And did he give you any pointers?

Uli: Uh, he really– Dwayne’s great. He gave us a lot of freedom, and basically, the number one thing for me through our conversations was — particularly in his younger years — he was very driven. He was very focused about achieving something. He wasn’t too sure about what that was or what that looked like. But he knew he was meant for something great. And he was willing to put in the work. And I think for me, Dwayne’s advice was, “Always keep that in the back of your mind, that I’m willing to do the work and get to where I want to get to,” with the two hands that he has.

Bradley: For me, he just told me to have belief in myself, you know, and also, that I was in good hands. And I really was, like having Uli around, having all over producers around… everyone. That’s a part of the “Young Rock” technical team. You know, they’ve got our backs and, you know, leaning into that. You don’t really have to copy anything, and everybody’s got you taken care of. I’m sure, Adrian, you can agree?

Adrian: Yeah, everyone is really, really amazing on, uh, on the cast and crew. I didn’t really get to talk to Duane too much about how to play and, Uh, portray the role. So I kind of.. while I was reading the script side, I had a little fun with it. Maybe, uh, improvised a couple of things. But I didn’t really think too hard about it ’cause I just didn’t want to overthink it. So I , you know, played around with it. 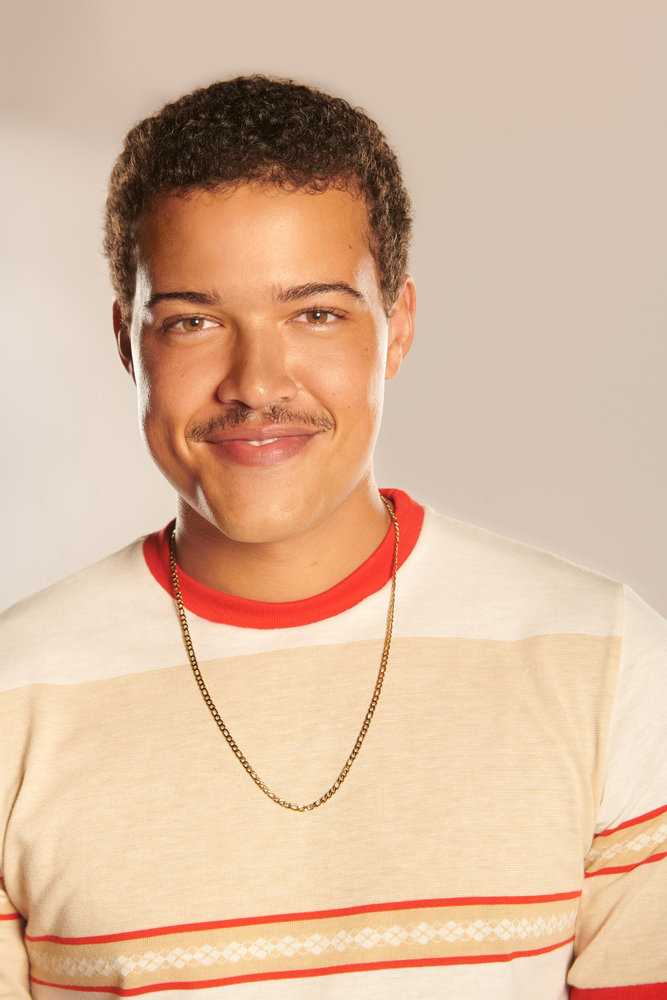 Bradley Constant plays 15-year-old Dwayne Johnson in the new NBC comedy “Young Rock.” Alabama-born Constant began pursuing acting at 12 and convinced his mom to move him to New York City where he would study and begin to gain experience in the industry. The tough environment and fast-paced productivity of the city prepared him for an even bigger move to Los Angeles, where he is now based. Constant previously appeared in the 2018 film “Following Phil” and has had roles in several shorts before landing the part in “Young Rock.” Constant is a die-hard sports fan who also enjoys gaming, bass fishing and golfing. 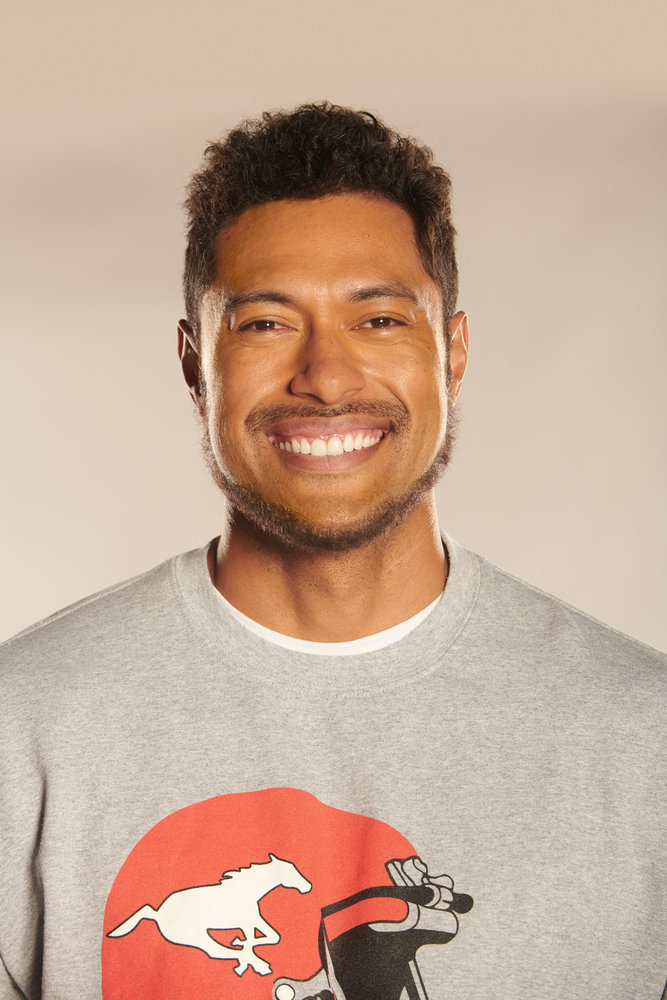 Uli Latukefu plays 18-20-year-old Dwayne Johnson on the new NBC comedy “Young Rock.” Latukefu will next be seen in Taika Waititi’s feature “Next Goal Wins,” opposite Michael Fassbender and Elizabeth Moss, and was most recently seen in Kriv Stenders’ feature “Danger Close” as well as the new Foxtel drama series “The End.” He also starred in the comedy series “Sando,” the third season of the Nine Network’s “Doctor Doctor” and the drama series “Harrow.” Other screen credits include Ridley Scott’s feature “Alien: Covenant” and Netflix’s epic drama “Marco Polo.” Latukefu was previously featured in Chris Lilley’s “Jonah From Tonga” and the critically acclaimed Foxtel series “Devil’s Playground,” which was awarded the 2015 Silver Logie for Most Outstanding Telemovie and the 2015 AACTA Award for Best Telefeature or Miniseries. He made his Broadway debut in “Peter Pan” at New York’s New Victory Theatre, graduated from Australia’s prestigious National Institute of Dramatic Art (NIDA) in 2012 and was a 2016 Heath Ledger Scholarship finalist. 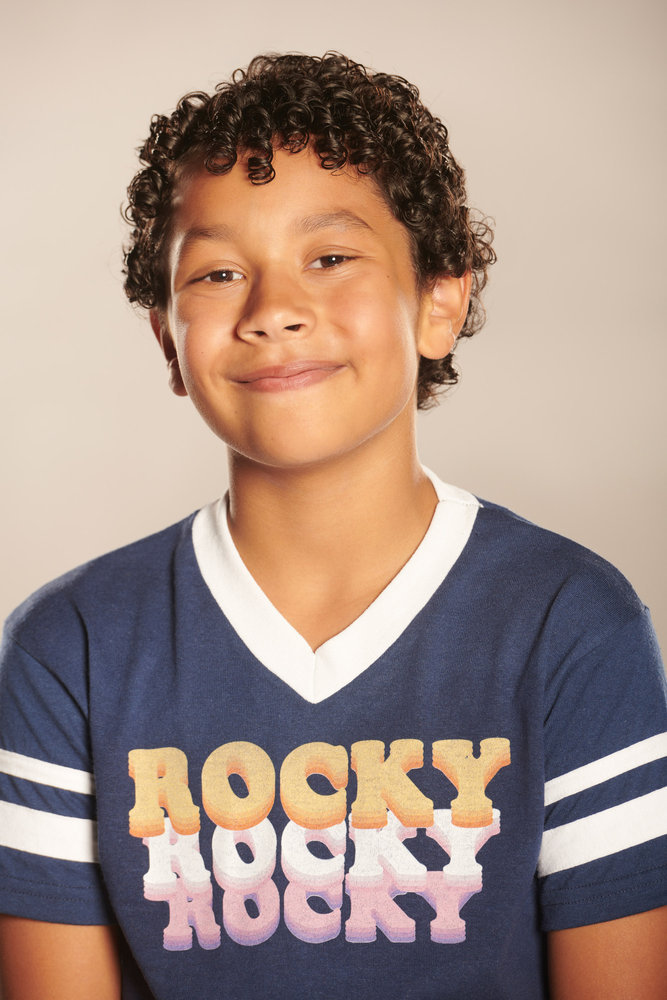 Adrian Groulx plays 10-year-old Dwayne Johnson on the new NBC comedy “Young Rock.” Groulx is a Toronto-based actor who will next be seen on the Apple+ series “See,” starring Jason Momoa. Previously, he was a series regular on the CBC series “The Adventures of Napkin Man” and also appeared in the Hallmark Channel movie “The Christmas Cure.” In his free time, Groulx enjoys playing sports and spending time with his family. 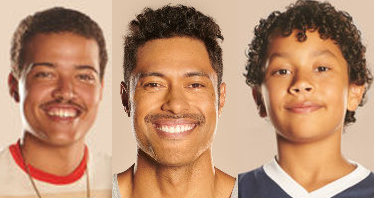