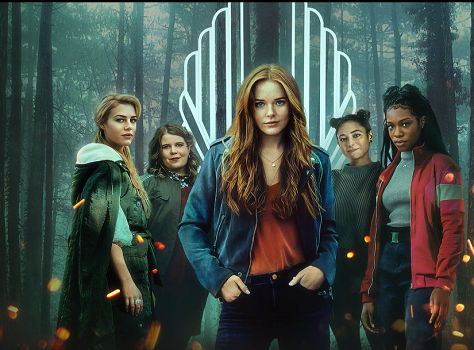 This series is based on a hit 2004 Italian-American animated series called “Winx Club” that also ran on Nickelodeon. The basic idea is similar to Harry Potter: a young person that wasn’t raised with magic goes to a boarding school for magical kids, where they learn to hone their powers.  They even make a joke about Harry Potter in the first episode. There are two types of teen students at Alfea, the magical boarding school in the Otherworld (a world parallel to ours): The women are fairies, with magical powers based on the elements such as fire, water, mind etc. Their emotions are linked to their powers. The men are specialists, which appear to be humans training to defend the Otherworld.

The star of the show is Bloom (Abigail Cowen), an American girl who grew up in our world, not knowing what she was or that magic existed.  She finds out that she was a Changeling, a fairy baby switched with a human one.  She left her human parents because she had accidentally burned down their house and injured her mother one day, after getting angry. She meets the other magical teens as she moves to Otherworld.

It’s a good fantasy show, with a lot of action and teen angst.  If you like shows such as “Legacies,” then you should enjoy this.

March 14, 2018 – Netflix is bringing the popular Italian animated franchise Winx Club to its members around the world in a new, live action young adult series. For the first time the popular six fairies will turn into real teenagers learning to hone their powers while living together in a magic boarding school.

Winx Club was created and produced in Italy in 2004 by Iginio Straffi, founder and CEO of Rainbow Group. After its launch, It has become one of the most successful animated series in Europe and one of the first Italian series to be sold in the US.

In 2016, Netflix globally and exclusively released two seasons of World of Winx, a spinoff from the successful Winx Club, which has been popular with audiences around the world.

Erik Barmack, VP of International Originals at Netflix, says: “Winx is a global phenomenon and through this exciting series we are thrilled to reinforce our relationship with Rainbow and to develop the next chapter of Winx. The famous fairies will grow up with their audience and will explore complex themes as real-life teenage super heroines in a live action show”.

Iginio Straffi – Winx Club’s author, Founder and CEO of Rainbow Group, says: “We are very pleased that our successful collaboration with Netflix continues with ever more ambitious projects. Netflix’s young adult series have touched a chord with audiences around the world and we are looking forward to seeing the Winx fairies in this new exciting live action adaptation.”

Netflix is the world’s leading internet entertainment service with over 117 million members in over 190 countries enjoying more than 140 million hours of TV shows and movies per day, including original series, documentaries and feature films. Members can watch as much as they want, anytime, anywhere, on nearly any internet-connected screen. Members can play, pause and resume watching, all without commercials or commitments.

The Rainbow Group was founded in 1995 by Iginio Straffi, current President and Chief Executive Officer, and gained a worldwide reputation thanks to the extraordinary success of the Winx Club fairies brand. The group operates in the children and teenager entertainment industry, ranking among the main international companies for the development of content – both animated and live action – for TV and cinema productions, as well as for the creation, development and licensing of content and the production of animated content for third parties, integrated by the group with the acquisition of Canadian studios Bardel Entertainment in 2015.With the acquisition of Iven Group in 2017, the Rainbow Group has also broadened its offer of TV and movie products dedicated to adults and families, with the TV formats and film library owned by Colorado Film Production S.r.l., (one of Iven Group’s companies) that has been active on the market for more than 30 years. In over 20 years of experience, the group has created and developed a variety of properties and can count on a product portfolio aired in over 100 countries through different broadcasting platforms; in the consumer products industry, has led to the company being 11th on the yearly Global Licensor List worldwide – and 1st in Europe – with more than 500 licensees worldwide on a global scale.

Abigail Cowen Has Joined the Cast of “Fate: The Winx Saga” – Adapted from the Popular Italian Franchise
Brian Young will showrun the YA-series set at a magical boarding school where five friends try to navigate their powers, romance, and deadly monsters.

DESCRIPTION:
Determined to master their enchanting powers, a group of teens navigate rivalry, romance and supernatural studies at Alfea, a magical boarding school. 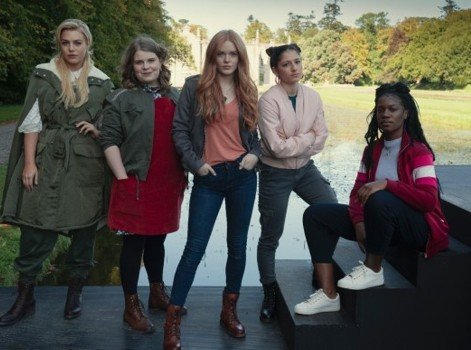