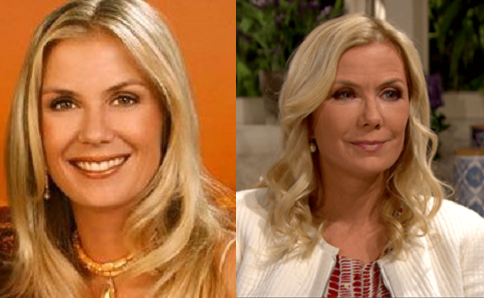 Brooke has a degree in chemistry, yet she was working for her mother’s catering company when she met Ridge, the love of her life, in 1987. They both fell in love, but Ridge was engaged to Caroline Spencer. Ridge’s mother, Stephanie, didn’t approve of Brooke, so she did everything she could, for years, to keep them apart or break them up.  Brooke also did some scheming of her own to win and keep Ridge.  Later, Stephanie admitted that she recognized Brooke as a younger version of herself.

Brooke fights hard for the man she loves, but she has fallen in love with many others as well, including Eric, Ridge’s father (with whom she had two children), and his brother Thorne, as well as Nick and Bill.  She’s very loyal to her family (two sisters and one brother) and helped raise her younger sisters. She’s also very devoted to her two daughters and her son, but she has, in the past, slept with her daughters’ boyfriends/husbands, which caused some problems.

Brooke seems to have grown up quite a bit since her younger years. She mostly concentrates on her children and husband, and working at Forrester Creations.  She and Taylor have feuded for many years, but Taylor seems more interested in carrying on the feud than does Brooke.  They have a lot in common. Not only did they both love Ridge for many years and have children with him, they both interfere in their own children’s lives (just as Stephanie did) and are fiercely protective of them.  Taylor seems a little more unhinged than Brooke, though.

Just like anyone else, Brooke can be jealous, or self-righteous, or nosy; but generally, she’s a good person with a big heart.

Brooke loves having family around her all of the time, so many of her children and their spouses either live in her house, or in the guest house.  None of the Logan sisters can cook, but they love the holidays and always gather with the Forresters to celebrate.

Brooke and Ridge had a terrible time in 2019 and 2020. They separated and almost divorced. Thomas worked hard to break them up, so that he could have Hope. Quinn and Shauna also had a hand in their marriage breaking up.  Ridge has been involved with Shauna, and Brooke was briefly involved with Bill. 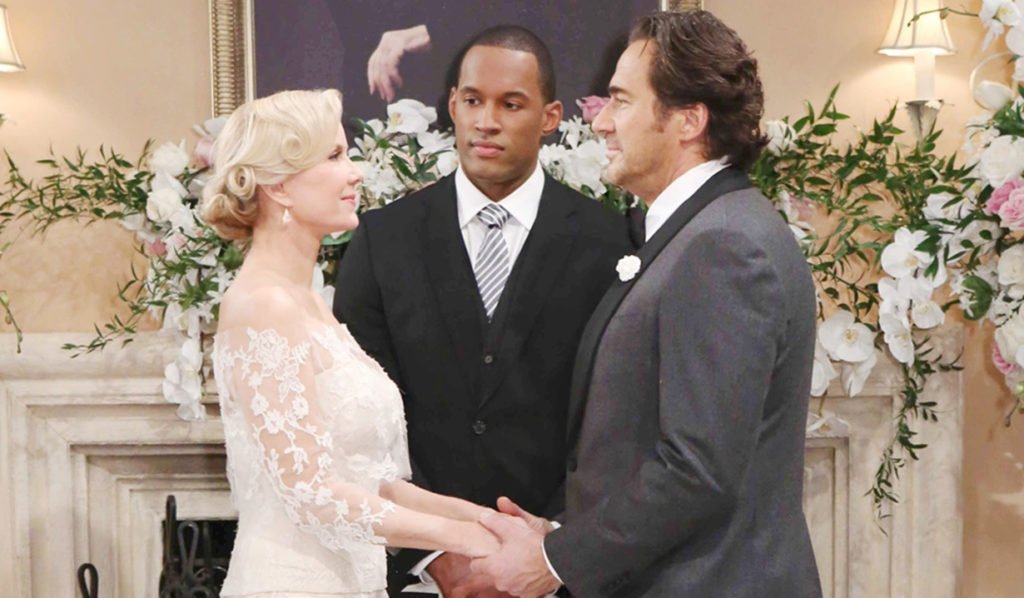