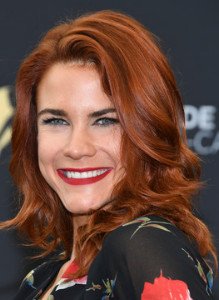 Sally is the great-niece of the original Sally Spectra that ran Spectra Fashions back in the 80’s and beyond.  She’s what they call “a feisty redhead.”  She is strong-willed and often stubborn. She sometimes speaks or acts before thinking things through. She once pulled a gun on Wyatt (when she was drunk, and angry at his father), and she also tried to shoot Bill.  She is a great designer and has a lot of good instincts. She takes chances.  She loves fiercely.  They’ve modeled her a little bit on her great-aunt Sally, who was also another fiery redhead.  However, she is much younger and not as sleazy or outrageous as that Sally.

Sally tried to revive Spectra Fashions in its original building in 2017 but was shut down by Bill Spencer, who wanted the property to build a skyscraper. Sally recruited her grandmother, Shirley and other family and friends to start it up. She started a romance with Thomas Forrester, who was also helping her financially.

Sally never knew her parents because they were in the circus. She was raised by her grandmother, Shirley, who was a baker. Sally had worked at her bakery before starting a fashion career.  Shirley helped her at Spectra.  Not having a regular family gave Sally a bit of a chip on her shoulder.

Sally got involved with the Forresters because she need publicity for her business, and this is how she met Thomas. Bill kept trying to sabotage her line, and he also lured Thomas away with a lie from Caroline that she was dying. Liam figured out what Bill was up to and took over Spencer, financing Sally’s business again.  Bill was able to get control back and blew up the Spectra building, not realizing that Liam and Sally were in it. Fortunately, they weren’t badly injured.

Sally reunited with Thomas and left town. He had promised to start up a New York version of Spectra with Sally and her family.  Later, Sally returned after Thomas dumped her again. She had no money or place to stay, and her family didn’t return with her. Wyatt found her, drowning her sorrows at the local bar, so he convinced her to stay with him until she figured things out. They began a romance, and she got a job at Forrester creations.  At first, she didn’t get to design, while working for Hope. Later, Steffy hired her to design for her line.

Wyatt went back to work for his father, Bill, who had turned over a new leaf, on the condition that Bill finance a new Spectra Fashions for Sally. Bill agreed, but Sally decided to stay at Forrester, where they offered her a bright future. Wyatt was a little put out by her changing her mind because he liked working with her and he had done this great gesture for her.

Sally and Wyatt were doing well, though, until his ex-girlfriend Flo came into town at the beginning of 2019. Thomas returned to town with his child. He confided in Sally that he was planning to get Hope and break up her marriage to Liam.  She kept that secret, which led to more problems with Wyatt. Quinn, Wyatt’s mother, never liked Sally for her son. When she spied Sally with Thomas, she tried to get Sally to leave Wyatt by pressuring her to move out and stop sponging off him.  Quinn wants Wyatt with Flo. Wyatt broke up with Sally to get back with Flo, which was devastating for Sally.  Then, it turned out that Flo helped Dr. Reese steal Hope’s baby, Beth, and switch it with a dead one, only to give Beth to Steffy as her new adopted daughter.  Wyatt broke up with Flo and went back to Sally. Sally was reluctant to be hurt again, but he finally won her over, since she does love him.  Later, Flo made amends, so Wyatt dumped Sally again.

Sally’s work started to suffer when she got dizzy spells and her hands shook. She was almost fired.  She found out t hat it was just from stress, but she plotted with her doctor and friend Penny to make it look as if she were dying from some mysterious illness. They manipulated Katie to find out that Sally was dying, so she told Wyatt, Bill, Steffy and Ridge. Wyatt let Sally move back in so that he could take care of her until she died.  Sally was hoping that he would fall back in love with her, and then she could be “cured.” However, Wyatt was already in love with Flo and thought that Sally should move into a hospice or somewhere, since he thought her condition was getting worse. He felt that she needed professional 24-hour help.  Meanwhile, Flo was also suspicious, so she confronted Sally about it and planted a fake rubber snake, which made Sally jump in fear (she’s afraid of snakes).  She then snooped into her medical records and learned that she wasn’t dying.  She was about to blow up Sally and Penny’s plans by calling Wyatt.  However, Penny hit Flo over the head with something, causing her to fall, unconscious, to the floor. Sally and Penny proceeded to move Flo’s body out to the car because Wyatt would be home any minute.  Updated 6/2/20! 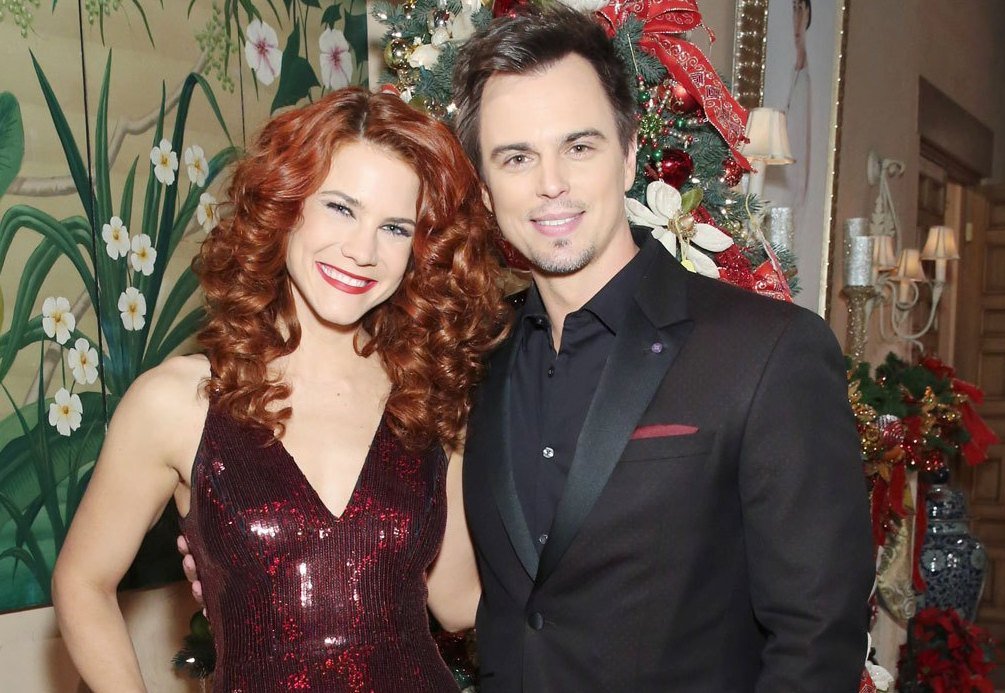 Read all about Sally’s full history at Soapcentral