Where to See Your Favorite Y&R Stars! 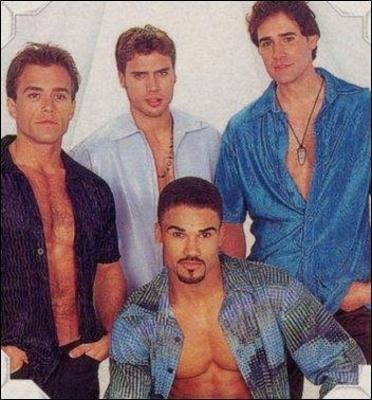 Mark Derwin (ex-Adrian) has a recurring role on “A Million Little Things” Wednesdays on ABC.

Sheryl Underwood (Clarice) appears daily on “The Talk” on CBS.

Billy Miller (ex-Billy) stars in the series “Truth Be Told” on the AppleTV+ network. It returns for season 3 this year (maybe in October). He guest-stars on “NCIS” Monday, 10/3 on CBS.

David Gautreaux (ex-Bryan) has a recurring role on ” S.W.A.T.” Wednesdays on CBS.

Alyvia Alyn Lind (Faith) appears in a movie “Masquerade” later this year and in the new series “Chucky” on Syfy this fall.

Matthew Atkinson (ex-Austin) stars daily in “The Bold and the Beautiful” on CBS.

Phil Morris (ex-Tyrone) appears in “Bosch: Legacy” on Freevee (formerly IMdB TV), does voices in “Young Justice” on HBO Max and does a voice in “Craig of the Creek” on The Cartoon Network. He guest-stars on a re-run of “The Neighborhood” Monday, July 18 on CBS.

Christel Khalil (Lily) appears in an upcoming film, “We Need to Talk.”

Camryn Grimes (Mariah/ex-Cassie) has a new movie coming out, “Haunted: 333.”

Joshua Morrow (Nick) has a new movie coming out, “Loyalty.”

Doug Davidson (Paul) has a new moving coming out, “Season of Rage.”

Victoria Rowell (ex-Dru) directed a new movie, “Catfish Christmas,” that is out 12/1 on VOD and streaming. She is working on two others and has another one coming out.

Dennis Haysbert (ex-Ron) has a new movie coming out, “Silent Retreat,” and he does many commercials for Allstate Insurance.

Tony Todd (ex-Gus) has many movies coming out in the next few years.

Tatyana Ali (ex-Roxanne) stars in “Vanished: Searching For My Sister” Saturday, January 22, 9:00PM on Lifetime. Read Our Interview with the cast! She also does voices in the animated series “Fancy Nancy” on Disney Jr. She appears on “Celebrity Wheel of Fortune” Sunday, January 23 on ABC.

Nia Peeples (ex-Karen) has quite a few new movies coming out in the new few years.

Darius McCrary (ex-Malcolm) has 2 movies coming out this year.

John O’Hurley (ex-Jim) has a bunch of movies coming out this year.

Marco Dapper (ex-Carmine) has 2 movies out this year.

Laur Allen (ex-Julie) has 2 movies out this year and appears in the digital series “Moto Nostra: GR224.”

Cam Gigandet (ex-Danny) has 3 movies coming out this year.

Nick Spano (ex-Chad) appears in the film “Might Oak.”

Michael Roark (ex-Travis) has 2 movies coming out this year.

Rick Hearst (ex-Matt) appears in the upcoming film “Alieu the Dreamer” and sells real estate in his spare time.

Vanessa Marano (ex-Eden) has several movies coming out.  She appears in “Gilmore Girls: A Year in the Life,” which airs Monday 11/23 through Thursday 11/26 on The CW.

Sean Kanan (ex-Deacon) has 4 new movies coming out. He stars in “The Bold and The Beautiful” weekdays and in his Emmy-winning short form show “Studio City” on Amazon Prime.

Blair Redford (ex-Danny) has a movie coming out, “Goy.”

Yvonne Zima (ex-Daisy) has a movie coming out, “Hypnotized.”

Josie Davis (ex-Grace) has 2 movies coming out and stars in the upcoming TV series “The Hot Seat.”

Sean Patrick Flanery (ex-Sam) plays Gunpowder in “The Boys” when it returns in July on Amazon Prime. He also has several movies coming out.

Shemar Moore (ex-Malcolm) stars as Daniel “Hondo” Harrelson and produces “S.W.A.T.” Thursdays on CBS. He appears Friday, 10/14 on “The Talk” on CBS.

Justin Hartley (ex-Adam) appears Thursday, 11/17 on “The Jennifer Hudson Show.” He has a new Christmas movie coming out 11/24, “The Noel Diary,” on Netflix.

Ignacio Serricchio (ex-Alex) does voices in “Family Guy” on FOX and “American Dad” on TBS. He will be seen in the first episode of “Firefly Lane” when the show returns for its second season on Netflix later this year.

Wilson Bethel (ex-Ryder) stars in “All Rise” Mondays on CBS.

Marisa Ramirez (ex-Carmen/Ines) is a series regular on CBS’ “Blue Bloods,” on Fridays at 10 p.m. ET.

Corbin Bernsen (ex-Father Todd) has a recurring role on “The Resident” Mondays on FOX and has a bunch of new movies coming out, including “Psych 3: This Is Gus” on Peacock, reprising his role as Henry Spencer from the “Psych” series. He stars in “Taking The Reins” Saturday, September 25, 8:00PM on Hallmark Movie Channel.

Noemi Gonzalez (ex-Mia) appears in the new Netflix series “Selena” and has a movie coming out, “The Tax Collector.”

Chrishell Stause (ex-Bethany) Stars in SELLING SUNSET on Netflix. She appears on a re-run of “Celebrity Family Feud” Sunday, 6/26 on ABC.

Alicia Coppola (ex-Meredith) also stars in the series “Blood & Treasure” as well as “Why Women Kill” on CBS All Access.

Penn Badgley (ex-Phillip) stars in “You” on Netflix and has 2 movies coming out. He appears Monday, October 25 on “Jimmy Kimmel Live” on ABC.

Jen Landon (ex-Heather) appears in “Yellowstone” on the Paramount Network.
Miles Gaston Villanueva (ex-Luca) has a recurring role on “Nancy Drew” on The CW and appears in “The Boys” this season on Prime Video.

Eva Marcille (ex-Tyra) stars in “Real Housewives of Atlanta” on Bravo and in “Dish Nation” in syndication. She stars in the new series “All the Queen’s Men” Thursday, September 9 on BET+. She also appears Tuesday, June 7 on “The Wendy Williams Show”.

Eric Roberts (ex-Vance) is a busy working actor who has many movies coming out and appears on a few TV series. Please click on the link to see them all! He stars in a miniseries “Keeping Up With the Joneses” on Lifetime Movie Network, starting 7/8/21 at 8:00 PM.

Danny Trejo , who played a bartender on the show in 2008, has many movies coming out and does voices on many animated series. He appears Tuesday, 6/29 on “The Kelly Clarkson Show.”

Sophie Pollono (ex-Delia) stars in the Disney show “Fast Layne.” No word yet on whether it will return for season 3. She also has a movie coming out, “Small Engine Repair.”

Kevin Alejandro (ex-Dominic) stars in “Lucifer” on Netflix and in an upcoming series, “The Keepers.”

April Parker Jones, who has played a doctor many times on the show, has a recurring role on “S.W.A.T.” Wednesdays on CBS.

Redaric Williams (ex-Tyler) appears in the TV series “Double Cross” on ALLBLK and in the new series “Haus of Vicious” Wednesdays on BET.

Robert Gant (ex-David) appears in the Netflix series “13 Reasons Why.” He guest-stars on a re-run of “NCIS: Los Angeles” Saturday, September 25 on CBS.

Mckenna Grace (ex-Faith) has 2 movies coming out and has a recurring role on “Young Sheldon” Thursdays on CBS. She stars in “The Bad Seed Returns” Monday, 9/5 on Lifetime. She has quite a few movies coming out, too.

Noah Alexander Gerry  (ex-Charlie) also appears in “Fuller House,” as well as in “Grey’s Anatomy” and “Station 19” on ABC.

Christine Ebersole (ex-Maxie) is part of the cast on “Bob Hearts Abishola” Mondays on CBS. She does voices on the Cartoon Network show “Steven Univers” and has a new movie coming out, “Starbright.”

Jessica Heap (ex-Eden) stars in a new series “The Wonderful Wendalls,” but no word yet on where it can be seen.

Kate Linder (Esther) has 3 new movies coming out and appears in the upcoming digital series “The Salon”.

Eden Riegel (ex-Heather) does voices on many animated series, including “The Owl House” on HULU.

Susan Walters (ex-Diane,) sometimes appears as Caitlin Snow’s mother on the CW’s “The Flash“. She appears in the Quibi series “When the Streetlights Go On.”

Kelly Sullivan (ex-Sage) appears in “Henry Danger” on Nickelodeon and has a couple of movies coming out.

Mimi Kennedy (ex-Feather) has a recurring role on “Mom” on CBS. She also has 2 movies coming out.

Jim Beaver (ex-Leo) has a recurring role on “Supernatural” on The CW, appears in “The Boys” on Prime, and has a few movies coming out.

Michael Badalucco (ex-Mark) appears in “Never Have I Ever” on Netflix and has a movie coming out, “Blue Wonder.”

Lorraine Toussaint (Dr. Watkins) appears in “The Equalizer” Sundays on CBS. Also, she is one of the stars of the 2014 movie “Selma,” which is airing Sunday, June 20 on the “CBS Sunday Night Movie” on CBS.

Stephanie Erb (ex-Dr. Mead) appears in the YouTube series, “Therapy with Pami,” in the series “Short Smirks,” guest-stars in “L.A.’s Finest” this year on Paramount, and appears in the movie,  “The Little Things,” out in 2021.

Vivica A. Fox (ex-Stephanie) stars in the syndicated show Face the Truth and has many movies coming out.  She has a new Lifetime film series, “Keeping up with the Joneses.” It airs four consecutive Fridays beginning July 8 at 8/7c. She appears Monday, 7/11 (Re-run from 3/11/22) on “Tamron Hall.”

Ashley Jones (ex-Megan) sometimes appears on “The Bold & The Beautiful” as Bridget on CBS. She guest-stars on “The Resident” Tuesday, May 10 on FOX.

Michael Damian (ex-Danny) is always busy writing, producing and directing his own movies.

Cady McClain (ex-Kelly) is busy directing and producing her own movies.

Ben Watkins, who played Wes 2002-2004, mostly does writing and producing now. He wrote for the series “Burn Notice” and created “Hand of God” for Amazon Prime.

Thom Bierdz (ex-Philip) makes his living as an artist. You can find his work on his website.

NOTE: All appearances are subject to change, due to covid-19.

updated by Christine and Suzanne 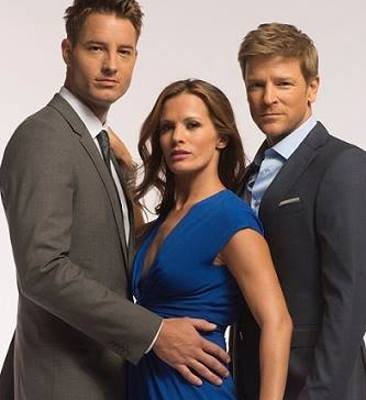