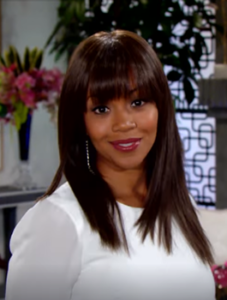 Amanda Sinclair is a lawyer who moved to Genoa City from Madison. She first made contact with Devon Hamilton when she sent him a letter informing him that there was a problem with Katherine Chancellor’s will. Devon was stunned and suspicious when Amanda appeared on his doorstep, because she was the spitting image of his late wife, Hilary. Devon immediately accused her and her client of trying to swindle him out of his rightful inheritance. Amanda denied being a con-artist, and she claimed she had no idea who Hilary was.

Most people in the town were skeptical of the private and reserved Hilary lookalike. They thought she’d been hired because her looks would shake Devon up and make it easier to steal his money. She became friendly with Nate and Phyllis, but Devon and Elena remained wary. Victor hired a private investigator, to delve into Amanda’s past, and gave the report to Devon. He learned that Amanda had her online presence scrubbed, and he became even more convinced she was hiding something. He was partially right. She was hiding from someone – her possessive ex-fiance, Ripley Turner. When the relationship ended, Amanda took out a restraining order on Ripley, and he retaliated by doing the same. Amanda hid a tracker on Ripley’s car and frequently checked to make sure that he wasn’t in Genoa City. When Nate’s medical license was in jeopardy, he hired the Stanford and Yale educated Amanda to represent him. She won, keeping her perfect record intact. She decided to close her office in Madison and stay in Genoa City for awhile.

Amanda and Billy became friends after they happened to start frequenting the same dive bar. She revealed to him that she’d grown up in foster care, and she’d never attempted to find her biological family. Amanda gave Billy the non-judgmental support her was seeking, and he taught her how to seize life. Although their relationship was platonic, Billy’s decision to confide in Amanda instead of Victoria lead to him splitting up with Victoria. Victor didn’t want Victoria to take Billy back, so he lied and told her he had proof Billy and Amanda were sleeping together.

Ripley found the tracker and took it off his car, so Amanda was caught by surprise when he broke into her hotel room. He pleaded with her to take him back, but she was not interested. He was arrested, and in a move Amanda would come to regret, she dropped the charges on the condition that he left town. Ripley returned a few months later, determined to get his revenge. He followed Billy and Amanda to Victor’s 50th anniversary party and hid in the darkness, watching them talk. Due to the dimly lit setting, Ripley didn’t realize that Amanda had stepped away and that Billy was now conversing with Victoria. Ripley stabbed Victoria in the side, and caused serious damage. Amanda was guilt-ridden, because she didn’t press charges when Ripley broke into her room. There was a manhunt, and Ripley was apprehended and sent to prison.

Now that Ripley is no longer a threat, Amanda has started to relax more. Devon and Elena now understood that Amanda was hiding things to protect herself, and they apologized for the way they’d treated her. Amanda has stated that she didn’t tell many people that she’d had a stalker because she didn’t want people to pity her. Everyone learned that Amanda had nothing to do with scamming Devon out of his money, and she was completely vindicated. When Devon, Elena and Nate met a former foster child who was reluctant to accept their help, Amanda was able to get through to him. Billy expressed romantic interest in Amanda, and they kissed, but didn’t take things further. As of 2020, Amanda has started dating Nate. Lily and Billy offered Amanda a job as legal counsel for Chancellor Communcations. Billy and Amanda decided that their history wouldn’t interfere with their working relationship, so she took the job. 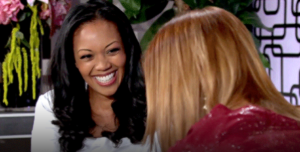