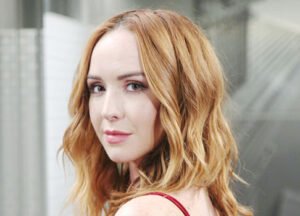 Mariah Copeland is the daughter of Sharon Newman and Frank Barritt and twin of Cassie Newman. Sharon went into labor, and she’d been drugged, so did not know she gave birth to twins. The doctor who delivered the babies sold Mariah. Mariah was raised in Portland by an impoverished and neglectful single mother who was devoted to cult leader, Ian Ward. The woman who raised Mariah died, and she considered Ian a father figure. As an adult, Mariah was willing to lie, cheat and steal to support herself, so when Victor offered her money her to come to town and “haunt” Sharon, she took the job. Sharon thought she was hallucinating. At the time, no one realized that Mariah was tormenting her own mother or impersonating her twin sister. Mariah terrorized Sharon for months until Nick saw the Cassie lookalike and realized Sharon was not hallucinating.  Sharon and Mariah eventually discovered they were family, and Mariah reformed herself, thanks to her mother’s love and support.

Mariah was surprised to find herself developing feelings for her brother, Noah’s girlfriend, Tessa Porter. At the time, Mariah was dating Devon. Devon took Mariah, Tessa and Noah to San Francisco for a music festival. While Tessa and Mariah were alone in the hotel room, they shared a kiss. Eventually, Tessa’s relationship with Noah ended. Mariah and Tessa became a couple, but, like all soap opera pairings, there have been bumps in the road. It was difficult for Tessa to trust, and honesty didn’t come easy to her, either. Mariah knew what that was like, and because of this and her deep love for Tessa, she forgave the transgressions.

While Tessa was on tour with her ex-husband, musician, Tanner Watts, Mariah found out that Sharon had cancer, then she lost her job. She didn’t confide in Tessa, because she didn’t want to interfere with Tessa’s musical career. Mariah misconstrued a moment between Tessa and Tanner and thought they were having an affair. She impulsively reacted by sleeping with another woman. Tessa came home early, to surprise Mariah, and walked in on them. Tessa was not cheating, and Mariah was remorseful, but Tessa ended the relationship. After a grand gesture (Mariah got on stage during one of Tessa’s concerts and poured her heart out in front of the whole audience), and a profuse apology, Tessa took Mariah back. In addition to Noah and Cassie, Mariah is also a sibling to Faith, and she is a role model to her younger sister. 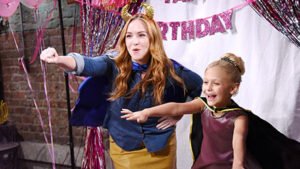