What People Are Saying and What We Think Might Happen 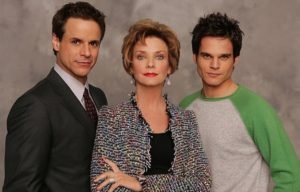 Courtney Hope (Sally) and her new husband Chad Duell (Michael, GH) are rumored to be splitting up (after fewer than 2 months of marriage). They’ve both deleted a lot of photos of each other on Instagram.

Abby will divorce Chance, and Mariah will sue for custody of the baby.

Chance (Danny Boaz) was shot, so the rumors have started that he’s being written out of the show. Other rumors have him paralyzed. It’s rumored that Chelsea shot Chance and framed Adam for it.

Boaz has posted, liked and retweeted some right-wing tweets, so some left-wing fans are objecting to him being on the show.  Camryn Grimes (Mariah) and Cait Fairbanks (Tessa) said some dismissive things on Twitter when Y&R tweeted fans to send some love to Chance (because of being shot). Graimes and Fairbanks are very left-wing. Anyway, this whole thing is another factor in why people are spreading the rumor that he might leave the show.

There are also rumors going around that Mark Grossman (Adam) is leaving and that Sally will be paired with Jack.

Predictions: Gloria will return to cause trouble for her sons with some big news.  The Newmans will try to help Adam, but he’ll still be in denial until something drastic happens that makes him remember what happened when he was 11. Chelsea will stand by him.  Victoria and Victor will still have a strained relationship for awhile. Mariah and Theo grow closer. Billy hires Theo at Chancellor.

Rumors: Chadam wedding that may or may not come off. Gina Tognoni (ex-Phyllis) may return as another character. Hope was really the one who killed the man, not Adam. The show will skip ahead a few months when it returns. Kyle and Lola will reunite.  Summer and Kyle get married.  Lola tries to wreck the wedding day. Summer will get pregnant.  Theo will also cause trouble for Skyle. Things will turn passionate for Billy and Amanda. 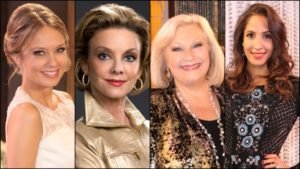