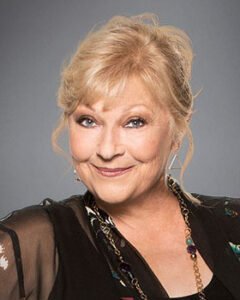 The Abbott siblings often call Traci the heart of the family. Kind, patient and loving, one of the things she wants most is for her relatives to get along. She is very sensitive and is distressed when her siblings are feuding. The youngest of Dina and John’s children, Traci is also the most level-headed of the Abbotts, and she slips into the role of peacemaker when her siblings are at odds with each other. She is known for giving moral support, being non-judgmental and her optimistic viewpoint. When Traci was young, she suffered from low self esteem. She struggled with her weight and because she felt like she didn’t measure up to her older sister, Ashley. She got addicted to diet pills, but she overcame it. She started dating her college professor, and when she found him in bed with another student, she attempted suicide. Fortunately, Christine saved her life. She learned that she was carrying the professor’s child. Danny Romalotti wanted to raise the baby with Traci, so they married, but she had a miscarriage when Patty Williams shoved her down the stairs.

Traci didn’t have much of an interest in the running the family business, and she set out on her own path and became an accomplished novelist. She spent years living in NY with her husband, Steve, but frequently returned to Genoa City to visit her relatives. The marriage ended due to Steve’s infidelity. Traci had a daughter, Colleen, with Brad Carlton. In 2003, when Colleen was 23, she was kidnapped by Patty Williams. Colleen fell into the lake during an escape attempt. She was rescued, but it was too late – she was declared brain dead. Traci took her daughter off life support, and her heart was donated to Victor. Traci has recently relocated to Genoa City, to help Jack care for their mother, who has Alzheimer’s disease. 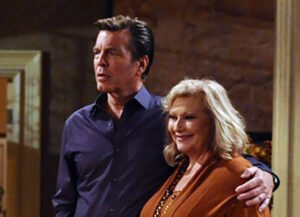