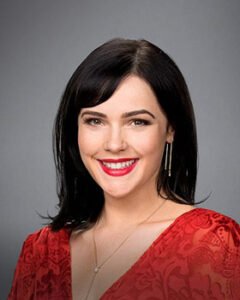 In 2017, Tessa became a fixture at Crimson Lights, where she sang and played her guitar for tips. Nikki noticed her and soon hired her to give Reed guitar lessons. After Nikki learned that Tessa was living out of her car, she allowed Tessa to move into the main house at the ranch. Nikki saw a lot of herself in Tessa, a young woman who was determined to overcome adversity and build a better life, and she also gave Tessa a job as her personal assistant. Born and raised in a dangerous Chicago neighborhood, Tessa’s father was a drug dealer, and her mother was a drug user, who often disappeared for days at a time, leaving Tessa to fend for herself and protect her younger sister, Crystal. After meeting the Newmans, Tessa began to take part in open mic nights at Nick’s bar, the Underground, and she met Noah Newman. They soon began to date. Tessa would later confide in Mariah that she was never in love with Noah, though she thought he was sweet (11/14/2018). She’d come to Genoa City hoping to marry one of its many wealthy citizens, then walk away with half of everything in a divorce settlement. Tessa’s plan went awry when she found herself developing real feelings for Noah’s sister, Mariah.

Devon Hamilton, Mariah’s boyfriend at the time, took her, Noah and Tessa to San Francisco for a music festival. The women secretly shared a kiss during that trip. Tessa explained the moment away, and they continued on as friends. When Mariah admitted that she was falling for Tessa, Tessa claimed that she didn’t feel the same way. Meanwhile, Crystal got trapped in a prostitution ring and called the crisis center where Sharon volunteered, for help. Tessa found out about it, and she and Mariah kidnapped a woman who was involved in running the operation and forced her to give up information on Crystal’s whereabouts. Crystal was rescued and sent to witness protection.

Later, Crystal left witness protection to confront Zack, the head of the prostitution ring. She found him threatening Abby and Scott’s lives, and she killed him. It turned out that the gun Crystal used belonged to Nikki, and Tessa had to admit she stole it from the ranch and gave to her sister for protection. Devon signed Tessa to a recording contract, but she ran into problems again when she read Mariah’s diary without permission and used it to to write a song. Mariah recognized her words in the lyrics and threatened to sue. She proved her claims by letting Noah read her diary, and as a result, he found out about the kiss Mariah and Tessa shared. Noah left town.

Kyle took it upon himself to help his friend, Mariah by helping her and Tessa get together. Just as they started dating, Tessa had to leave town to help Crystal. Tessa returned after Crystal moved to Canada. Tessa worked two jobs to earn enough money to pay off the shady people who helped Crystal start over with a new life in another country. When the money didn’t come fast enough, someone attacked Tessa. Meanwhile, Nikki, Sharon, Phyllis and Victoria had hidden JT’s body after they believed Nikki killed him. Tessa found out about their secret, and she blackmailed them. She hid the money she got in her mattress. Mariah found out about it after she threw the mattress away and bought a new one, but Tessa lied and said she earned the money by selling a song. When Mariah learned the truth – that Tessa had blackmailed Mariah’s mother, she broke off the relationship.

Eventually, Mariah came to understand and forgive, and she took Tessa back. Tessa opened up and was honest with Mariah, and their relationship grew. Tanner Watts, a famous singer, asked Tessa to go on tour with him. Tessa had to reveal that he was her ex-husband. They’d gotten married in Vegas on a drunken lark, while they were on tour in the past.

Mariah was upset that Tessa had kept something from her again, but they worked through it, and Tessa went on tour. Mariah mistakenly thought that Tessa was cheating on her with Tanner, so she slept with another woman in retaliation. Tessa was devastated and refused to forgive Mariah at first, but with Tanner’s help, Mariah was able to convince Tessa to give her another chance. 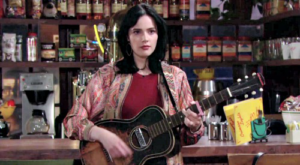