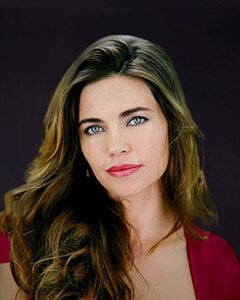 Victoria is the first child of Victor and Nikki. She feels that she shares many traits with her namesake, and she’s proud to be like her father. She’s strong and self assured and tenacious, with a sharp mind and business sense. A devoted mother and a loyal daughter and sister. However, she has done things that Victor considered to be a betrayal, such as successfully suing him for control of her $500,000,000 trust fund. She also threatened to take him down after he attempted to take control of Newman from her. He backed off and did not remove her as CEO. These acts did not come out of nowhere; they were the result of Victor doing things to Victoria that she felt were unjust. She believed that she was standing up for herself and taking what she deserved, just as Victor would’ve in her place. Victoria often takes Victor’s side when he does controversial things, and when she isn’t immediately supportive, she is quick to forgive him. This habit has caused tension between her and her romantic interests over the years.

Victoria loves Newman Enterprises, and she’s dreamed of running it since childhood. When she returned from boarding school, she took a job in the Newman mail room, and as she moved up the ranks, she learned everything there was to know about the company. She’s confident in her business skills, and she believes that she is the rightful heir to the company. As of 2020, she is the CEO. She’s pragmatic and doesn’t often let emotion get in the way of doing what she feels needs to be done. This has earned her a reputation for being cold, but she also has a spontaneous and playful side, which was seen more often after she developed a friendship and romance with Billy.

Her confidence was shaken after she suffered mental and physical abuse at the hands of JT Hellstrom. She was wary about falling in love again, but Billy convinced her to take a chance on him. She felt happy and secure in the relationship, and she thought they were building toward spending the rest of their lives together, but that fell apart after he informed her that he was dissatisfied with the relationship. She has made a promise to herself not to ever take him back.

Victor taught Victoria to box to help her feel like she was in control of her life again. She regained her confidence, but she slipped into a depression when she was stabbed by Ripley Turner in a case of mistaken identity. With help, Victoria made progress, and she returned to work. Adam blackmailed Victor into making him CEO and firing Victoria. Victor assured Victoria that it would only be temporary, and he asked her to let him handle it. Victoria decided to take charge and show that she could be as ruthless as Victor was. Victor did not agree with the way Victoria went about things. He told her that she could have her job back, but she’d lost his respect. Victoria, who usually craved Victor’s approval, was unfazed, marking a new point in their relationship. 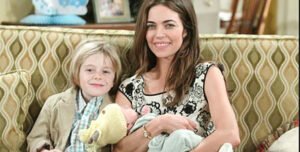