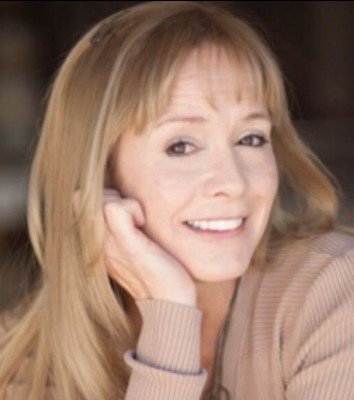 Interview with T.C.Warner of “Breaking Bad,” “Better Call Saul” and “All My Children” by Suzanne 7/14/20

It was great fun to come up with questions for T.C.   She had some great answers – as you will see!

1.    Thank you so much for the interview! I loved that period when you were on “All My Children.” I watched from 1986 until the show ended. “Kelsey” was one of my favorite characters. You are such a good actress! Did you ever have  any fans come up to you and treat you as if you were really Kelsey?

I had many many fans come up to me and address me as Kelsey. I couldn’t walk the streets of NYC without having someone walk up to me. I had two dogs, and walking them was quite the social event. At times, when the storyline got controversial, I would have to wear headphones to disguise that I wasn’t hearing people shout. I never plugged the headphones in, so I heard them when they thought I couldn’t. New Yorkers are very opinionated, and you add an adorable innocent baby into the mix, then you get to hear new versions of profane words. Most other situations that happened were the fans wanting to hug me. The character of Kelsey made bad choices but was still a very lovable character. The Writers were careful and kept the results of the bad choices displayed on-screen. You could see Kelsey’s pain, her desire, and her frustration. She was very lost and in the middle of finding her way – like many people in this world; this is a trait that is identifiable. One person came up to me at a blood drive with United Way that I was helping with and just burst into tears and hugged me. She cried, saying she couldn’t thank me enough for sharing her story. The reason why many people relate to Kelsey is because the writers kept the story true to life. I still get recognized for this story.

2. You worked with so many handsome men. I think I would have had terrible crushes on all of them. Did that ever happen to you?

Thankfully, I enjoyed working with them all, and they were all good looking in their own way. I think the only one that ever came close to being attractive in my eyes was Danny Cosgrove because of his sense of humor. I can say that almost all the men in Daytime, gay or straight, have a beautiful side to them – aesthetically or personally. Actors are by all means an interesting dynamic. In my personal life, my husband is my rock, and I am the spontaneous one – I need that balance. I am more drawn to have an official crush on men outside of the acting world…

3. I was so happy to read that “Silverado” was your first acting role. That’s one of my favorite movies. What part did you play on there?

Carol. I was one of the two locals hired in New Mexico. The other one was Thomas Wilson Brown as Augie (I think). Two things about that movie – one was they had these metal barrels filled with firewood, and lit to keep us warm between takes. I wore a wool jacket, and during the festival that gets broken up – when Scott Glenn and I were on the roof  – I would slide down, jump off and run to the fire barrel to get warm. I turned my back to the fire and apparently scooted too close and caught the jacket and my hair on fire!

The other funny story about “Silverado” was that I was eating a piece of corn bread during the scene, and between takes, I would put my piece of cornbread down, and slide off the roof. It was mid-February and the roof would either get covered in snow, or the snow would turn to ice (which for me, made sliding off the roof more fun – Scott Glenn did this too, just FYI). They would bring this huge fire torch to melt the ice/snow and maintain the continuity of the roof. After this one piece of cornbread got torched multiple times, and we did endless takes, I was eating what I called Cajun Corn bread… I will never touch corn bread again.

4. You were also on an episode of “Eerie, Indiana,” another show I love. You got to kiss Omri Katz! Was that your first on-screen kiss?

Yes! I think that was! Tobey Maguire was on that show as well. He and I were also in a private acting class together. One story about that show – they brought in the largest fan I have ever seen in my life. No one knew what impact this powerful 10 foot tall fan would have, so they did a dry run with it, and all the book shelves blew over, my hair covered my face, I couldn’t see anything, and I almost fell over myself (because I had no shelf to grab on to).

5. Which of your “All My Children” co-stars are you still in touch with on social media or other ways?

I was always in touch with John Callahan (Edmund) until his passing, but I keep in touch with Catherine Gardner (Rosa Santos – 6 yrs on AMC and now owns 9+10 Media) and Cameron Mathison (Ryan) via social media. Julia Barr (Brooke) and Jill Larson (Opal) as well as the writers (Lorraine Broderick and a few others) are in more communication with me. Others, I have less communication with but always am thrilled to chat with them. 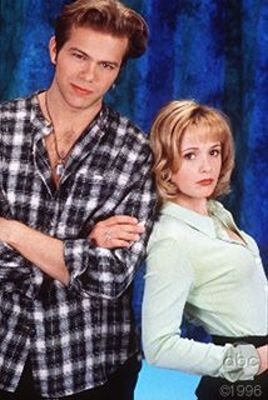 6. I’ve always loved Brian Gaskill (Bobby), so I really was rooting for your characters to end up as a real couple, but that was not to be. Was he fun to work with?

Brian was wonderful to work with. Very professional and always prepared.

7. Did you ever get to speak much with Agnes Nixon, creator of the show?

I did! She immediately made you feel included and very known. Every character on the show – big or small, was made to feel important with Agnes. She wrote me a letter that to this day stays in my bedside table drawer… Her words are just as graceful and impacting as herself in person.

8. I think all of the fans would love to go back and watch those great episodes. Do you ever watch them on YouTube or anywhere?

I do! I love that these are available and my kids now “Google Mom”.

9. IMDB says that you played a nurse in “Breaking Bad” and its prequel series “Better Call Saul.” How did that come about?

I auditioned a few times for them, and when I first auditioned for the nurse, it was one line, one scene. That turned into three scenes and improvisation. The creator (Vince Gilligan) was directing, and he saw that I have strength in improv – so he let me run with it. I loved it, and I have my fingers crossed I can go back! The recurring roles are the hardest, because you wait and hope the writers pull you back in.

10. IMDB also says that you’re filming a movie called “The Man Who Thought He Was Salvador Dali.”  Is that true? Why were there so many years between your projects in this century?

Yes – a few years between jobs because my family took precedence and I needed to be near them. During that time, I wrote, I got my Masters Degree, I got married, we adopted two fabulous children, and until I had some real breathing room, I couldn’t dedicate time to acting. Now, I can.

11. What is your role in this movie, and what is the movie about?

12. Will it be released in theaters?

Will theaters open? Almost every part of the film business has changed. The media forms we have available now are plenty, but when it comes to distribution, we hope this will end up in theaters.

13. What have you been doing when you’re not acting?

14. Do you still get recognized for any of your roles?

15. What do you like to do for fun when you’re not working?

I like to white water raft, hike, camp (or glamp), travel, read, and write. Mostly I love just spending time with my family.

Check out our other All My Children Interviews! 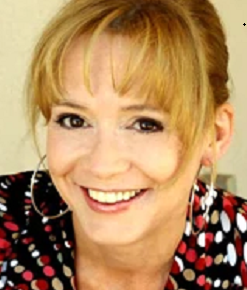