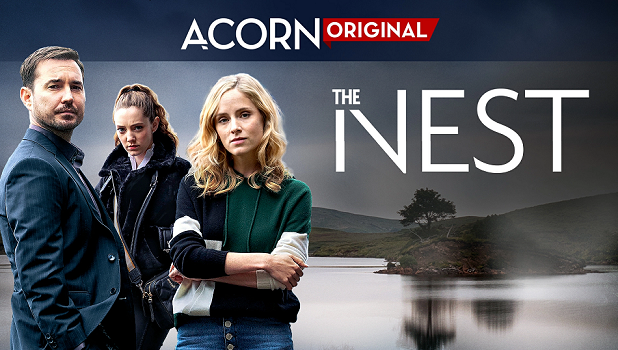 This is an intriguing 5-part UK drama about a couple who can’t have kids (after many tries), and they end up inviting a young woman into their home to be their surrogate. The plot sounds like a Lifetime movie, but it’s very well done and has characters that are like real people.

Martin Compston stars as Dan Docherty, a wealthy businessman who “owns half of Glasgow” according to one character. His wife, Emily (Sophie Rundle), is distraught after their latest surrogate mother miscarries (Dan’s sister). She accidentally runs into a young woman, Kaya (Mirren Mack), with her car. Kaya is having a fight with her probation officer. Later, Kaya overhears the couple when they find out that the latest fetus has died, so she offers to carry a baby for them.

Dan is a very suspicious, shady and somewhat-volatile-seeming man. He doesn’t trust the former foster-child Kaya at all, at first, but Emily insists that they trust her. They legally can’t buy the baby, so they instead let Kaya move in and agree to invest in her future business.

Throughout the show, you’re bound to be thinking, “Uh-oh. This sounds like a bad idea.” Kaya is not exactly truthful. In the first episode, someone ends up dead. That’s just one of the mysteries in the miniseries. I’m very swept up in this drama and will keep watching.

New episodes every week through August 3rd. Martin Compston (Line of Duty) and Sophie Rundle (Bodyguard) star in this suspenseful Scottish drama about a wealthy couple who would do anything to have a baby. After a chance encounter, they recruit a down-on-her-luck 18-year-old (Mirren Mack, Sex Education) to be a surrogate, but secrets emerge about the girl’s past that could make them regret their deal.

A wealthy couple and a teenage girl make a pact that will change all of their lives forever, in BBC One’s highest-rated new drama in 2020, from BAFTA and RTS award-winning writer Nicole Taylor (Three Girls, Wild Rose). In this acclaimed five-part psychological thriller, Dan Docherty (BAFTA award-winner Martin Compston, Line of Duty, Mary Queen of Scots) and wife Emily (Sophie Rundle, Bodyguard, Gentleman Jack) are crazy about each other – they live in a huge house in a beautiful location just outside Glasgow and want for nothing. All that’s missing is a baby – and they’ve been trying for years. Through a chance encounter they meet Kaya (Mirren Mack, Sex Education), an 18 year-old from the other side of the city, whose life is as precarious as theirs is comfortable. When Kaya agrees to be their surrogate for several reasons, it feels like they were meant to meet – but was it really by chance? Who is Kaya and what has brought her to this couple? Can the dreams of Kaya, Emily and Dan be fulfilled, or have all three embarked on a relationship of mutually assured destruction? (2 EPS, 2020)Read more: Listings – NEST, THE on ACORN TV | TheFutonCritic.com http://www.thefutoncritic.com/listings/20200611acorntv04/#ixzz6TBIDTd44 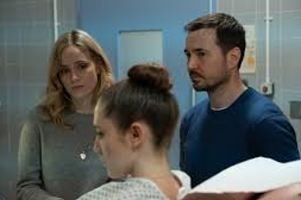