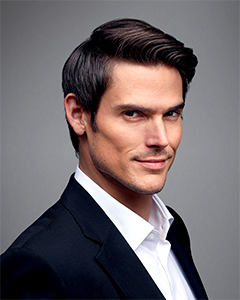 During one of Victor’s disappearances, he met a kind, gentle blind woman named Hope Adams.  They fell in love and Victor took Hope back to Genoa City and married her.  When Hope found out she was pregnant,  the couple decided she would bring the baby to term in spite of the fact that the baby could inherit Hope’s blindness.  They named the baby Victor Adam Newman Jr.   Eventually, Hope admitted to herself and Victor Sr. that she wasn’t happy in the city and didn’t want to raise her son there.  She divorced Victor and moved back to Kansas where she married Cliff Wilson.  Years later, on her deathbed, Hope summoned both Victors to her bedside.  She told her son that Victor is not just a nice man, but also his father.  After his mother’s death, Vic now going by Adam, moved to Genoa City.  He was not welcomed with open arms as Nick and Victoria held a grudge against him.

Adam has done many evil things to the citizens of Genoa City and has made numerous enemies but one thing has never changed.  He is Victor’s son and shares some similarities with his father.  They are both ambitious, stubborn, and vindictive.

Several times, Adam has been a hero but his wrongdoings have overshadowed these instances.  He is trying to change his ways with his new wife Chelsea, but he can’t seem to stop lying when it comes to his ex-wife, Sharon Newman.  Looking forward to starting a family, Adam and Chelsea decide to go on a “babymoon.”  On the way to the airport, the couple is run off the road by a distraught Summer Newman, Nick’s daughter. Chelsea lost the baby, giving Adam new reason to despise his family.

Besides owning shares in Newman Enterprises, Adam is part owner of TagNGrab along with Kevin and Chloe Fisher. 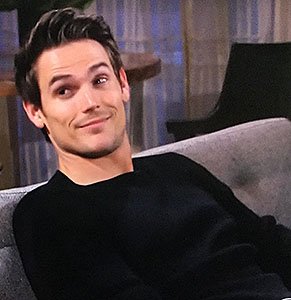