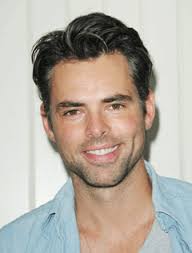 Billy Abbott is the son of Jill Abbott Fenmore and the late John Abbott.  He shares the same father with Jack, Ashley, and Traci.  He shares the same mother with Phillip Chancellor III.   When Jill and John divorced, Billy went away to boarding school and returned as a teenager.  His partying days started then, and he found himself in one predicament after another — alcohol, women, and gambling being his major vices.  He left town again when he found out that his marriage to Mackenzie was invalid because they were first cousins.  Years later, as adults, the two reconciled briefly after finding out they are not related after all.

Billy is the father of Cordelia Abbott, a child he conceived with Chloe Mitchell who was little more than a fling.  He also conceived a child with Chelsea Lawson (now Chelsea Newman).  Billy and his current wife, Victoria Newman Abbott, are raising the baby.  They named him John.

Billy has a way of finding trouble wherever he goes and whatever he does, but he loves his family and he has the best of intentions.  He just can’t get past the need to stick it to his father-in-law, Victor Newman.  The two have had a rivalry for years now.  The fact that Billy is an Abbott, brother of Victor’s nemesis, Jack Abbott, coupled with the fact that Billy is married to Victor’s daughter makes him enemy number one, and Victor has done equally evil things to Billy.  Billy also finds it difficult to pass up a juicy story for his magazine, Restless Style, even when it hurts his family.

In spite of his past and oft bad decisions, one can’t help but root for this lovable playboy.  He adores Victoria and dotes on his children.  He’s the apple of his sisters’ eyes and sometimes the voice of reason for his big brother, Jack. 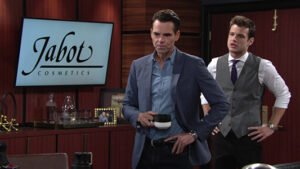