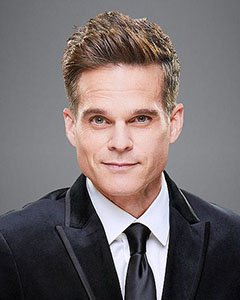 We met Kevin when he was an internet predator and he gave Lily Winters Chlamydia.  He tried to kill Colleen Carlton.  Later, he threatened Lauren Fenmore.  Still, he was forgiven by most people and became a decent citizen and business owner.

Kevin grew up in an abusive home.  His father, Terrible Tom Fisher, used to lock him in the closet.  Kevin is now claustrophobic.  Long after he changed for the better, a man named Clint took advantage of Kevin’s state of mind and forced him to rob banks dressed as a chipmunk, something Kevin is reminded of often by some Genoa City citizens like Billy Abbott.

Kevin is married to Chloe Mitchell Fisher, who has made some pretty outrageous mistakes herself.  It is this unpredictable behavior that makes them so interesting.  One or both of them is/are usually cooking up some sort of scheme.

Like most people in Genoa City who’ve turned their lives around, Kevin is close to Katherine Chancellor, whose maid, Esther, is Kevin’s mother-in-law.

Michael Baldwin is Kevin’s brother.  He understands Kevin and why he does the things he does, because Michael witnessed the abuse Kevin endured growing up and he, himself, turned his life around after spending some time in prison.

Kevin Fisher is a young man who has walked the line between right and wrong his entire life.  There is something about him, though, that makes us root for him.  Like Kevin says, maybe he brings out the chipmunk in all of us. 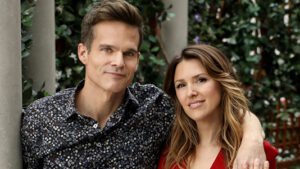