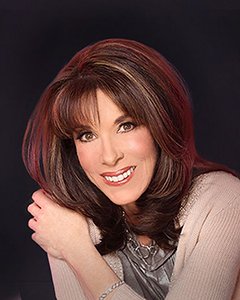 Esther Valentine has been a loyal housekeeper and friend to Katherine Chancellor for many years.  For a short time, Esther worked for Nina after being lured away with promises of a better dress code and equal treatment.  Esther soon found out that working for Katherine wasn’t as bad as she thought, and she returned to the Chancellor estate.

Tired of being lonely, Esther had a one-night stand with Tiny and became pregnant.  She named the baby Kate and asked Katherine to be Kate’s godmother.  As a child, Kate was sent off to school.

Again having the need for male companionship, Esther began dating Norman Peterson.  She pretended to be the lady of the Chancellor estate.  Not wanting to embarrass Esther, Katherine and her husband Rex played along.  Rex caught Norman trying to steal from Katherine and confronted him, who was actually an ex-con.  Rex was shot in the process.

Proving that Esther is quick to trust and has bad luck with men, she, once again, became involved with a man who only wanted to get his hands on the Chancellor fortune.  Katherine was kidnapped and presumed dead, leaving Esther financially secure.  Esther and Roger were married, but he turned out to be married to someone else.  Katherine was reunited with her family.

When the time came for the folks at the Chancellor estate to meet Cane’s new bride-to-be, Esther was surprised to see it was her daughter, Kate, who was now going by the name Chloe.  Chloe had a daughter she named Cordelia.

Realizing Esther’s worth, Katherine promoted her from housekeeper to personal assistant, leaving Esther plenty of time to spend with her granddaughter. 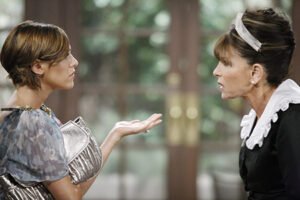