Paul Williams is the current chief of police in Genoa City.  He’s married to District Attorney Christine Blair Williams.  He has a long history in Genoa City and has ties to just about everyone.

Paul fathered a daughter, Heather, with April when they were very young.  April left town with Heather, who spent most of her life without a father.  As an adult, she returned to Genoa City and formed a relationship with Paul.  Paul’s son, Ricky, also grew up without a father.  He was raised by his grandparents because his mother, Isabella, was institutionalized.  Ricky, just like his half-sister, returned to Genoa City as an adult.  Ricky had severe emotional problems, though, and a penchant for trouble.  When Paul found that Ricky had Eden Baldwin captive and was planning to hurt her, he had no choice but to shoot him.  Paul wrestles with this everyday of his life.

Paul counts many of Genoa City’s citizens as friends. His best friends are his ex-wife Lauren Fenmore Baldwin and her husband, Michael Baldwin.  He is also close to ex-fiancée, Nikki Newman.

Paul is a truly good man and a great detective.  He’s honest and trustworthy.  He often finds himself in a position that requires him to choose between his career and his friends. 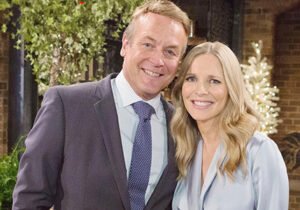