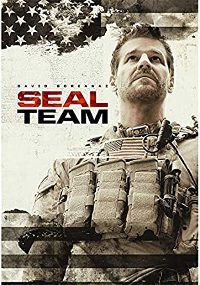 I don’t watch this show regularly, but it’s a solid show with good performances and stories. I love David Boreanaz, who stars as Bravo, the team leader. He’s always great. I watched him in “Buffy the Vampire Slayer,” “Angel,” and “Bones,” but “SEAL Team” is just not my type of show. It’s a good action show with lots of drama and angst. It doesn’t have the humor and romance of “Bones,” and it’s not a fantasy or scifi show. I prefer Scifi and Fantasy shows.  There are so many shows to watch, and I can’t watch them all.

If you like good drama and action, you should enjoy this show. The show also stars “Mad Men”‘s Jessica Paré and “CSI: NY”‘s A.J. Buckley, among others.  The show reminds me a bit of “NCIS: Los Angeles” because of its military bent and what the SEAL team members go through.  This season, Bravo is divorced and trying to cope with the lives that have been lost in his team. From what I’ve read, the show is very popular with vets because it’s realistic and shows what military personnel go through.

I’m glad to get the DVD, so I can watch the show at my leisure.  Like most shows right now, it was cut short by a few episodes because of the coronavirus. There are quite a few special features on the DVD set. However, the menu is somewhat confusing, so it can be hard to find the special features if you’re not looking on every single disk, and every episode. I hate when they do that. They should put all of the features on one disk at the end, to make it easier.

The action packed TV series SEAL Team: Season Three is coming to your home screen on DVD August 25 from CBS Home Entertainment and Paramount Home Entertainment. Follow the story of Bravo Team, a United States Naval Special Warfare Development Group, on the challenges they face professionally and personally through their dangerous missions.

Description: SEAL Team is a military drama that follows the professional and personal lives of the most elite unit of Navy SEALs as they train, plan, and execute the most dangerous, high-stakes missions our country can ask of them. Jason Hayes is the respected, intense leader of the Tier One team whose home life has suffered as a result of his extensive warrior’s existence. His team includes his trusted confidant, Ray Perry, the longest-tenured operator with whom Jason shares an ingrained shorthand; Sonny Quinn, an exceptional, loyal soldier with a checkered past who still combats self-destructive tendencies; and Clay Spenser, a young, multilingual, second-generation SEAL with insatiable drive and dedication. Vital to the team‘s success are troop commander Lt. Cdr. Eric Blackburn, who serves as a leader and confidant both on and off the battlefield; CIA analyst Mandy Ellis, who has sacrificed everything in her drive to root out evil and take down terrorists; and Ensign Lisa Davis, a no-nonsense, take-charge officer. Deployed on clandestine missions worldwide at a moment’s notice, and knowing the toll it takes on them and their families, this tight-knit SEAL team displays unwavering patriotism and fearless dedication even in the face of overwhelming odds. 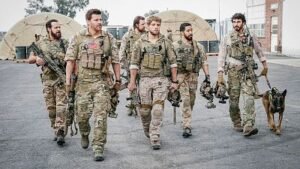