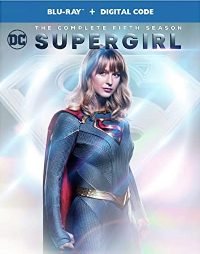 I grew up reading “Supergirl” comics, as well as all the male DC comics like Superman, Batman, Justice League, The Flash, et al. I enjoyed the 1980’s movie they did about Supergirl as well. When the series first started, I wasn’t sure if I would like it because I didn’t like all of the changes they made, particularly with regard to her origin story. However, the show quickly won me over with great stories and good acting.  It’s hard to believe that they’re about to enter their 6th season. They ended with 19 episodes this season, due to the pandemic.  Let’s hope they can film the next one and debut in the spring.

The only thing I don’t like about the show is that the characters change so often. I really miss Wynn (at least he did return this year for a few episodes), Jimmy and Mon-El.  The stories are still very good, though. Lena and Kara’s friendship breaking up this year was horrible, but they got back to a good place.  I’m still not sure yet if I like this new post-Crisis universe with Lex pretending to be a good guy. It takes some getting used to.  They do like to keep us – and their characters – on our toes.

This DVD (Blu-ray) doesn’t have a lot of features. DVD’s, too, were affected by the pandemic. They just have the usual deleted scenes and gag reel, plus “The Best of DC TV’s Comic-Con Panels San Diego 2019.”  I’m surprised they couldn’t cobble together some kind of season-specific feature.

This would make a great gift for any superhero fan or any fan of fantasy/scifi/drama. I can’t wait until the show returns!

Immerse Yourself, For the Good of the Human Race!
SUPERGIRL:
THE COMPLETE FIFTH SEASON
Contains All 19 Exhilarating Episodes from Season Five,
Plus All-New Special Features!
Available on Blu-ray™ & DVD September 8, 2020
Blu-ray also includes a Limited-Edition Bonus Disc
with All Five Episodes of the DC Crossover Event
Crisis on Infinite Earths and 6 Crossover Bonus Features!
BURBANK, CA (May 20, 2020) – Adventure awaits as one of TV’s favorite DC Super Heroes flies into homes with the release of Supergirl: The Complete Fifth Season on Blu-ray and DVD on September 8, 2020 from Warner Bros. Home Entertainment. Fans can purchase the sets which, in addition to all 19 super-powered episodes from season five, also contains The Best of DC TV’s Comic-Con Panels San Diego 2019, deleted scenes and a gag reel. A limited-edition bonus disc featuring all five DC Crossover Event Crisis on Infinite Earths episodes will be available exclusively for fans who purchase the Blu-ray. Supergirl: The Complete Fifth Season is priced to own at $39.99 SRP for the DVD ($44.98 in Canada) and $44.98 SRP for the Blu-ray ($49.99 in Canada), which includes a Digital Copy (U.S. only). Supergirl: The Complete Fifth Season is also available to own on Digital via purchase from digital retailers.
In season five, Supergirl faces threats, both new and ancient. National City becomes enthralled with addictive virtual reality technologies created by CatCo’s charming-but-secretive new owner, Andrea Rojas. As Kara uses the power of the press to try to expose this danger, she must contend with challenges put up by rival reporter William Dey, renegade Martian Malefic J’onzz, a shadowy organization called Leviathan, and the shocking return of Lex Luthor who, in addition to his plot for world domination, seeks to claim the soul of Supergirl‘s best friend (and his sister) Lena. With humanity choosing to lose itself in technology, can Supergirl save the world yet again?
“After five strong seasons, Supergirl remains one of the most talked-about shows on the air,” said Rosemary Markson, WBHE Senior Vice President, Television Marketing. “The loyal fan base will enjoy the special features, in addition to the 19 gripping episodes from the fifth season following new challenges and new characters.”
With Blu-ray’s unsurpassed picture and sound, Supergirl: The Complete Fifth Season Blu-ray release will include 1080p Full HD Video with DTS-HD Master Audio for English 5.1. Featuring all 19 episodes from the fifth season in high definition, as well as a digital code of the season (available in the U.S. only).
Supergirl stars Melissa Benoist (Glee, Whiplash), Mehcad Brooks (About Last Night, Necessary Roughness), Chyler Leigh (Grey’s Anatomy), Katie McGrath (Jurassic World, Merlin), Jesse Rath (Defiance, No Tomorrow), Nicole Maines (Royal Pains), Azie Tesfai (Jane the Virgin), Andrea Brooks (Bates Motel), Julie Gonzalo (Dallas, Veronica Mars), Staz Nair (Game of Thrones) and David Harewood (Homeland). Based on the DC characters created by Jerry Sigel and Joe Shuster by special arrangement with the Jerry Siegel family, Supergirlis produced by Berlanti Productions in association with Warner Bros. Television, with executive producers Greg Berlanti, Sarah Schechter, Robert Rovner and Jessica Queller.
SPECIAL FEATURES
BLU-RAY BONUS DISC
19 ONE-HOUR EPISODES
DIGITAL
The fifth season of Supergirlis also currently available to own on Digital. Digital allows consumers to instantly stream and download all episodes to watch anywhere, anytime on their favorite devices. Digital is available from various retailers including iTunes, Amazon Video, PlayStation, Vudu, Xbox and others. A Digital Copy is also included with the purchase of specially marked Blu-ray discs (available in the U.S.) for redemption and cloud storage.
BASICS
Street Date: September 8, 2020
BD and DVD Presented in 16×9 widescreen format
Running Time: Feature: Approx 817 min
Enhanced Content: Approx 60 min
DVD
Price: $39.99 SRP ($44.98 in Canada)
4 DVD-9s
Audio – English (5.1)
Subtitles – English SDH
BLU-RAY
Price: $44.98 SRP ($49.99 in Canada)
5-Discs (4 BD-50s +1 BD-50 BONUS DISC)
Audio – DTS-HD Master Audio 5.1 – English
BD Subtitles – English SDH
About Warner Bros. Home Entertainment Inc.
Warner Bros. Home Entertainment (WBHE) brings together Warner Bros. Entertainment’s home video, digital distribution and interactive entertainment businesses in order to maximize current and next-generation distribution scenarios. An industry leader since its inception, WBHE oversees the global distribution of content through packaged goods (Blu-ray Disc™ and DVD) and digital media in the form of electronic sell-through and video-on-demand via cable, satellite, online and mobile channels, and is a significant developer and publisher for console and online video game titles worldwide. WBHE distributes its product through third party retail partners and licensees.
About DC
DC is one of the largest English-language publishers of comics and graphic novels in the world and home to some of the most iconic and recognizable characters ever created. As a creative unit of WarnerMedia, DC is charged with strategically integrating its stories and characters across film, television, consumer products, home entertainment, interactive games, and the DC Universe digital subscription service. For more information visit dccomics.com and dcuniverse.com.
SUPERGIRL and all related characters and elements are trademarks of and © DC Comics. 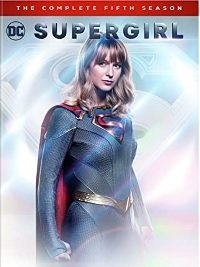