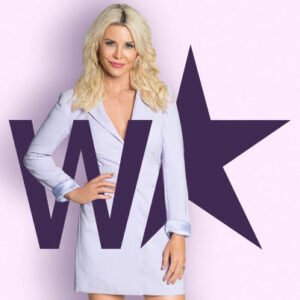 This was an email interview, but I’ve interviewed McKenzie a few times before over the phone, in 2012 and 2017 when she was on “Face Off” on Syfy (see links below).  She’s always very nice.

1. Suzanne: So tell us about the makeup challenge…What is it, and how did you decide to start doing it on social media?

McKenzie: The makeup challenge is for artists of all levels to create a themed makeup each week and have the chance to win an amazing massage prize from Relaxacare, makeup swag and digitally meet and be critiqued by some of the biggest names in the makeup industry.

As we started the lockdown with Covid, my stylist Darshan Gress mentioned to me how someone from Top Chef was holding weekly contests. We both felt what a great idea to not only bring a piece of Face Off back to everyone, but more importantly, give a mental outlet to artists all over the world!

2. Suzanne: And Relaxacare is your sponsor for that? How did that come about?

McKenzie: I became friends with the owner sometime last year through social media. We became fast friends amd their products are top notch!! Even though not makeup-related, I thought, “What better prize to give to someone each week in the form of health and stress relief, especially during these times?”

3. Suzanne: I noticed that there’s also a petition with almost 30,000 signatures to bring “Face Off” back on Syfy. Is that still a possibility?

McKenzie: I guess anything is possible. I haven’t heard word of it coming back, but I do feel there is still a world and life for it to come back at some point.

4. Suzanne: Many fans know you from the soaps. Are you still auditioning for acting work in daytime or primetime?

McKenzie: I feel my fanbase is actually strongest from the soap world. I digitally audition once in a while for fun but have been busy with Westmore Beauty and QVC. If the right project comes along, I’ll definitely think about jumping back in the saddle. Especially if it’s back in the soap world.

5. Suzanne: I think it would be great if you joined “Days of Our Lives” as a new love interest for Rafe (Galen Gering), especially since his main love interest, Hope (Kristian Alfonso) just left the show. I miss Shuis!

McKenzie: I miss Shuis too! 🙂
I would love nothing more than to join Days! I’m so sad Kristian is gone!!

6. Suzanne: Do you think that there’s a stigma (as many have said) against daytime actors?

McKenzie: At one point, perhaps… but I don’t think so anymore. I think people have come to realize how difficult it is to do daytime. In prime time or movies, you’re doing a page a day. [For] daytime, I would memorize 25-50 pages a day, 8 episodes a week for 9 years straight!

McKenzie: Yes, you can find me often on QVC with my cosmetic company Westmore Beauty. I usually post on my Instagram page as to when I’ll be on especially in my Stories.

8. Suzanne: What have you been doing to keep healthy and/or productive during the pandemic?

McKenzie: Personally, I take time to weight train an hour a day and either do HIIT training or long walks on my treadmill. I always make sure to do 10,000 steps or more a day. I drink a gallon of water daily. I get a massage in my Relaxacare chair daily, which has truly saved my sanity and back! That chair is worth every penny, especially during these times!

I do a lot of at-home skin care treatments, and I’m about to start another weekly show with Westmore Beauty, bringing fans into my home, as well as beauty tips and secrets with my dad.

9. Suzanne: What else are you working on?

McKenzie: I’ve written a few scripts that obviously have been put on hold. I have a few exciting things about to be announced! 😉

10. Suzanne: Do you have a particular charity that you’re passionate about?

McKenzie: I’m big on mental health awareness so This Is My Brave has become one. Because I battle Tourette Syndrome, their association is another I donate to. And my third is the California Wildlife Foundation to help rehabilitate stranded animals.

Suzanne: Thank you so much for taking the time to answer my questions!

McKenzie is busy on social media with her makeup sites and makeup challenge. She appears in the new YouTube sitcom “Y’all R Family” (see trailer and site below).

Actress best known as Sheridan Crane Lopez Fitzgerald from the NBC soap opera, Passions (1999-2008)
Dr. Riley Sinclair in a recurring role on the ABC soap opera, All My Children (2008)
Host of SyFy Channel’s FaceOff (2011-2018)
Founder of Westmore Beauty Where McKenzie can be seen doing promos on QVC.
McKenzie is currently doing McKenzie’s Makeup Challenge on her Instagram page, which is sponsored by Relaxacare. 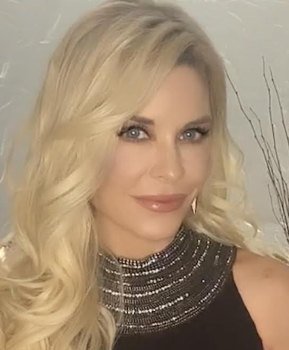